By Willa Wu, Li Bingcun, He Shusi and Chen Zimo 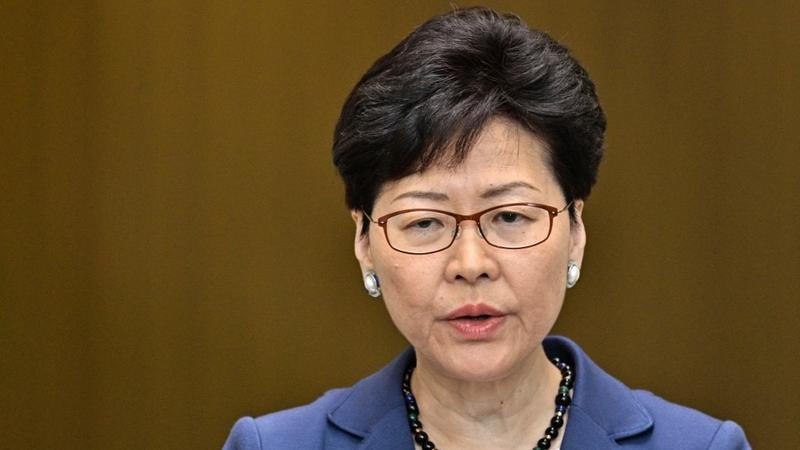 Lam vowed to take action against law-breaking behavior to safeguard the rule of law, one of the city’s much-treasured values

She vowed to take action against law-breaking behavior to safeguard the rule of law, one of the city’s much-treasured values.

At the same time, Lam said, the government will press ahead with its proposal to amend the city’s extradition laws, but promised to make more efforts to address public concerns over the legislation.

An unauthorized assembly followed a Sunday protest against the special administrative region government’s proposed amendments to the city’s extradition laws. About 240,000 people joined the demonstration opposing the proposed bill, according to police statistics, with the organizer claiming the crowd size to be 1.03 million.

Currently, the SAR has agreements on the transfer of fugitives with 20 jurisdictions, which do not include Taiwan, Macao and the Chinese mainland. The revisions will allow Hong Kong to surrender fugitives on a case-by-case basis to jurisdictions that do not have long-term rendition agreements with the city.

Lingering near the Legislative Council Complex in Admiralty, radical protesters refused to leave the site after midnight despite the police’s repeated orders for the crowd to disperse. Protesters later attacked police and blocked roads nearby. The unauthorized assembly ended at around 6 am, after the police took law enforcement action.

The police condemned the violence, adding that dangerous implements such as scissors and razor blades were found at the scene.

Meeting the media hours after the assembly ended, Lam said that the government will not withdraw its proposal to amend the city’s extradition laws, as it will be an effective way to prevent Hong Kong from being a haven for fugitives.

But she also pledged more efforts to address public concerns, worries and anxiety over the bill.

The SAR government will work to ensure that human rights safeguards of fugitive offenders will be legally binding, Lam stressed. It will also submit regular reports to the Legislative Council after the bill is enacted.

The second reading of the bill will proceed at the LegCo full council meeting on Wednesday as scheduled.

Other prominent leaders and political parties in the city also expressed strong disapproval of the clashes.

Police Commissioner Stephen Lo Wai-chung strongly condemned the violent conduct of demonstrators and said that police will continue their investigation and discover the identities of the lawbreakers who wore masks.

In a statement responding to the incident issued on Monday morning, the nonofficial members of the Executive Council, an organ for assisting the chief executive in policymaking, also expressed regrets over the violent acts of a small number of protesters.

The LegCo secretariat will meet with representatives of different parties on Tuesday (today) to discuss the arrangement of the Wednesday council meeting, Leung said.

The Business and Professionals Alliance for Hong Kong, the city’s largest political party representing the business sector in LegCo, strongly condemned protesters for adopting violent and illegal means in a statement issued on Monday afternoon, saying such conduct was unacceptable and would severely damage Hong Kong’s international reputation.

Tam Yiu-chung, the sole Hong Kong deputy of the Standing Committee of the National People’s Congress, the country’s top legislature, reaffirmed the city’s national legislators’ support for the government’s bill, stressing that the amendments are “reasonable”, “appropriate” and “necessary” to plug the SAR’s related legal loopholes.

ALSO READ: CE: No turning back on extradition law

Despite the massive protest on Sunday, Tam, together with several Hong Kong NPC deputies, said deliberation on the legislation should resume on schedule. He said he hopes debates in LegCo will help ease the public’s concerns and clarify misunderstandings.