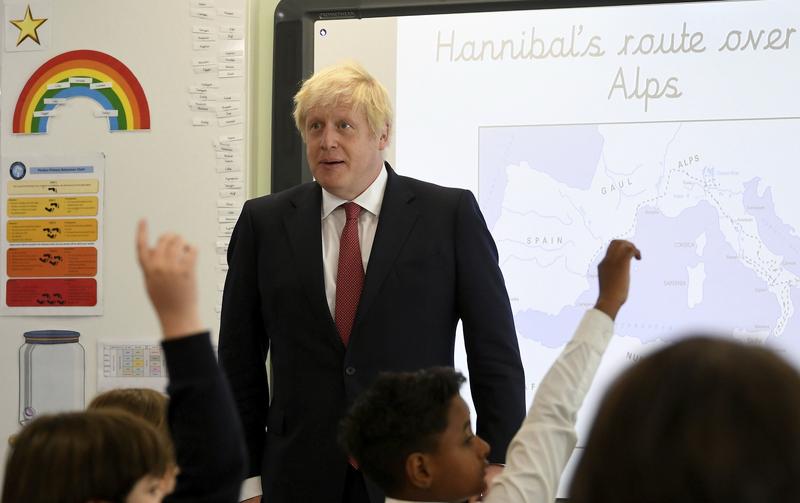 Opposition MPs had argued that Johnson's decision to prorogue parliament was designed to stifle parliamentary debate on Britain's future in the EU.

The Labour Party, along with the Scottish Nationalist Party and the Liberal Democrats led the demand, following a Scottish court ruling that the prime minister's suspension of Parliament was unlawful.

The case will go to a Supreme Court hearing next week. Despite growing protests, Downing Street made it clear that Johnson would not reopen Parliament until Oct 14 unless ordered to do so by the Supreme Court, Britain's highest legal body.

In another major development Wednesday night, the government refused to publish details of internal discussions about the suspension, or prorogation of the House of Commons despite Members of Parliament (MPs) voted to force the release.

But the government did comply with a call by MPs in the same vote to release the so-called Operation Yellowhammer papers, which warned of the risk of riots, rises in food prices and reduced medical supplies if Britain leaves the EU without a deal.

Earlier Wednesday, former Conservative Attorney General Dominic Grieve said the prime minister must resign if it turns out that he had given the British monarch the wrong advice.

Grieve was one of 21 politicians sacked last week from the Conservative benches for voting with the opposition.

Opposition MPs had argued that Johnson's decision to prorogue parliament was designed to stifle parliamentary debate on Britain's future in the European Union.

Labour's shadow Brexit secretary Keir Starmer joined the chorus of politicians calling on Johnson to reopen the Parliament to enable MPs to hold the prime minister to account.

"This is really important. The idea of shutting down parliament offended people across the country and then they felt they weren't being told the truth," said Starmer.

The minority Liberal Democrats also called for parliament to be restored, with its Brexit spokesman Tom Brake accusing Johnson of "trampling on the very values and principles the United Kingdom was founded upon."

British media reported that about 40 of the 650 MPs returned to work on Wednesday to protest the Parliament suspension and show their support for the Scottish ruling.

Other bodies outside politics, including leaders of some of Britain's big trade unions, also called on Johnson to recall parliament or face further protests.