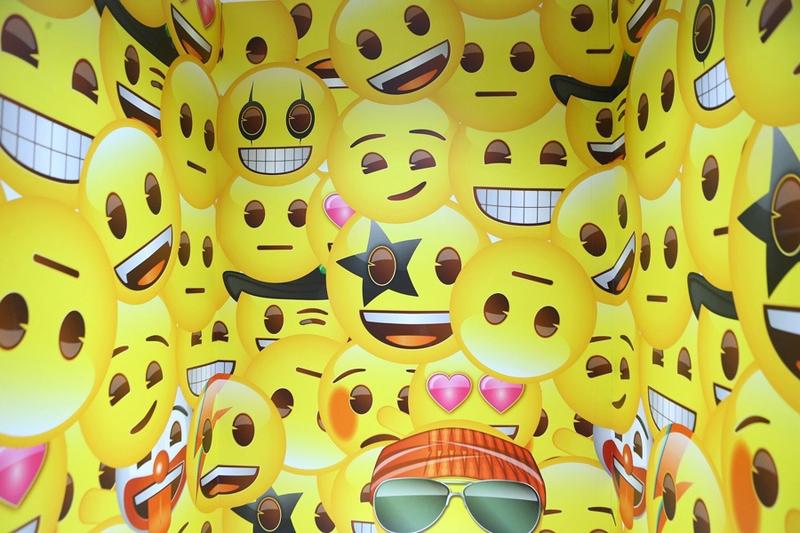 As an increasing number of people turn to emojis to spice up their everyday messages, businesses are exploring new ways to turn the fun, colorful characters into some serious profits.

Facepalm, one of the most popular emojis ever developed by its WeChat group, has to date been used by over one-third of the country's population, Tencent told China Daily recently.

In China, emoji symbols are so widespread that they have become a flourishing beneficiary of intellectual property, or IP, spawning huge business for their creators and sellers.

In China, emoji symbols are so widespread that they have become a flourishing beneficiary of intellectual property, or IP, spawning huge business for their creators and seller

ALSO READ: Say it with a smiley

Tencent, the world's leading gaming company, has been involved in the IP field for a long time. Another profitable example is the company's venture with the Forbidden City, or the Palace Museum, to develop IP based on emoji images of ancient Chinese people.

The two parties are also working together to host emoji competitions, in which the company will offer a selection of the special emojis to users of QQ, one of its instant messaging services.

"The Palace Museum itself is a huge IP," said Ma Huateng, Tencent chairman and CEO.

"Tencent expects to link traditional culture with young people as well as to link China-made IP with the global stage," he added.

Emoji symbols, which have evolved from character-based emoticons, are today almost inseparable from the millions of messages exchanged daily by users of instant-messaging apps, social media and email.

The sector is attracting not only big tech companies, but also creative startups like Block 12, a Beijing-based internet developer.

The firm owns over 100 such popular emoji symbols, including Freeze Girl. It employs over 50 emoji artists to create images, comics and videos and the like. Once its artists create an emoji, Block 12 promotes it on social media.

Then it authorizes the use of the emojis by companies in such products as themed dolls, or in other forms of merchandise including cosmetics, accessories, jewelry, fashion and bank cards.

One example is its partnership with Chinese jeweler Chow Tai Fook to develop six sets of pendants in the image of Budding Pop, an adorable kid sporting a couple of green leaves in the place of hair.

Such IPs can translate into huge profits. StarMoly, another IP developer that owns the IP rights to more than 30 emoji symbols, including Moer the raccoon, Quby the baby, Waang the egg and Xiao the cat, has developed its own derivative products including smartphone cases, coin purses and books. These products alone generated a total revenue of 500,000 yuan (US$72,050) in just four months at the end of last year, according to the developer.

However, Wang Biao, founder of Block 12, pointed out that fickle customers who become enamoured with an emoji can move on to the next craze just as quickly.

"Unlike traditional IP, our emojis change their costumes and status in different seasons and festivals," he said. "This makes their fans or users feel they are accompanied by the emojis all the time. Users identify with their favorite emojis."

Block 12 has also extended its business by combining retail with emojis. It installed a claw game machine that dispenses dolls, in Beijing's Sanlitun, a trendy business and lifestyle district. All of the toys and dolls in the machine use Block 12's IP.

Wang said that this was one example of how Block 12 was testing the water, to develop a wider emoji-based IP business, to increase the value of the firm's IP rights.

"We will try to integrate more online and offline business, to create more opportunities in the future," Wang added.