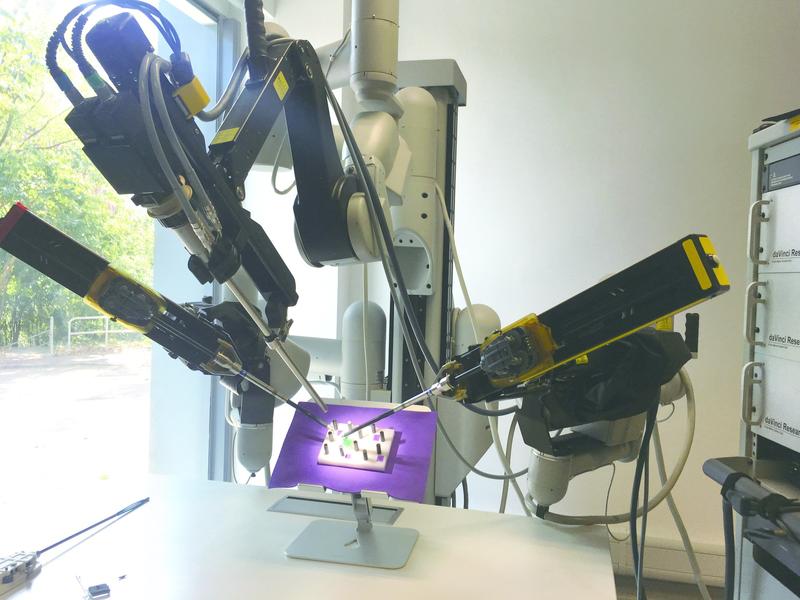 Partnering with the ETH Zurich, Imperial College London and Johns Hopkins University, the CUHK announced on Thursday it is planning to set up a 15,000-square-foot (1,394-square-meter) research center of medical robotics at the Hong Kong Science Park.

The planned Multi-Scale Medical Robotics Center, with a cross-disciplinary research team comprising medical and engineering experts, will focus on the research of world-leading technologies.

Lam said she is confident that the research center, with collaboration from four prestigious medical institutions, will advance the diagnosis and treatment of multiple medical specialties.

Tuan says it will enhance the performance of minimally invasive and endoluminal surgeries. He also believes that advanced technology advancement will help the city cope with the aging problem by offering better care to elderly patients.

Hoping to obtain a HK$700 million fund, the university said it has applied admission to the InnoHK, a government-initiated platform which aims at transforming Hong Kong into a scientific and innovation hub for global research collaboration.

The platform, which will be established in the second half of 2019, will focus on research into robotics and healthcare-related technologies. By the end of September 2018, over 30 world-leading institutions have expressed interest in participating in the platform.

Earlier this month, the Hong Kong University of Science and Technology also announced it had applied to participate in the platform. It has partnered with other three overseas institutions to set up a research center focusing on the study of Alzheimer’s disease.