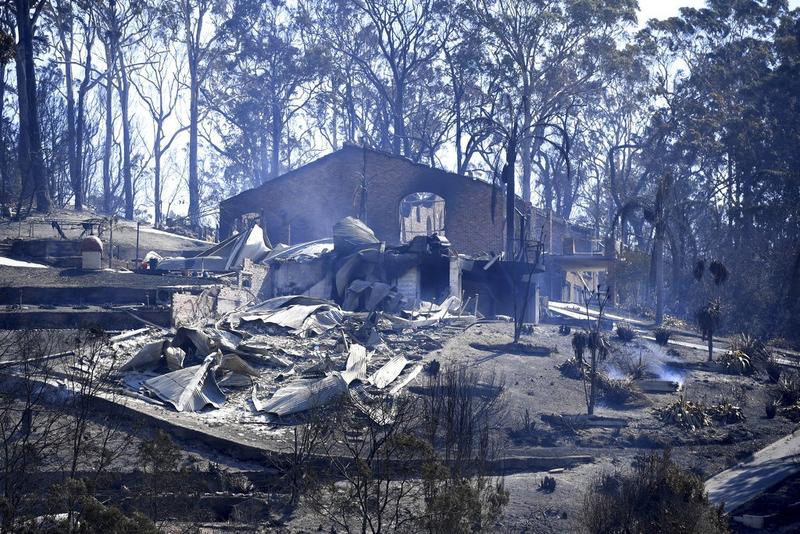 Debris from a destroyed home lays on the ground in town of Tathra, Australia, March 19, 2018, following a wildfire. (DEAN LEWINS / AAP IMAGE via AP)

CANBERRA, AUSTRALIA - Wildfires razed dozens of homes in southeast Australia, cut power to thousands more and killed livestock, but most of the weekend blazes had been contained by Monday. There have been no reports of serious injury, officials said.

The worst-hit town was Tathra on the south coast of New South Wales state where more than 70 homes and businesses had been severely damaged or destroyed by a fire that started in woods around midday on Sunday, Rural Fire Service Commissioner Shane Fitzsimmons said.

In neighboring Victoria state, up to 18 homes had been destroyed over the weekend by three fires and 40,000 homes lost power, Emergency Management Commissioner Craig Lapsley said. Sheep and cattle losses had yet to be assessed.

Some of Tathra's evacuated residents would be able to return to their homes on Monday, as emergency workers restore power to the devastated area, Fitzsimmons said. 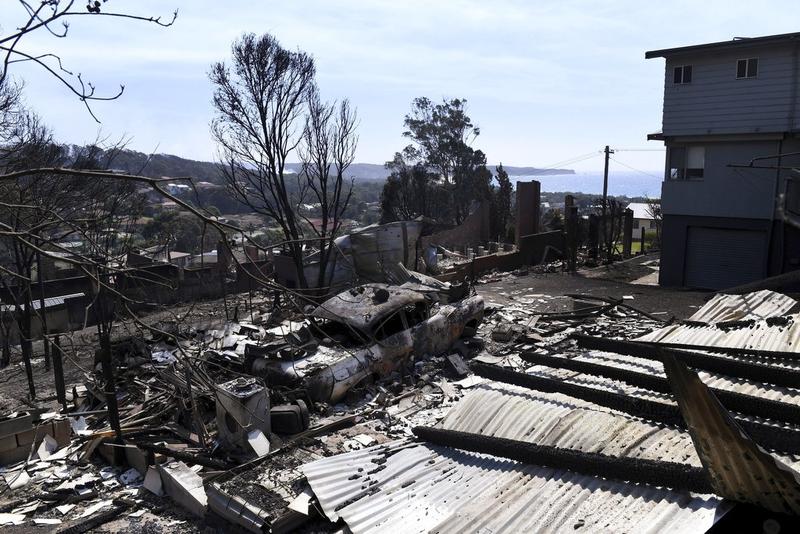 Debris from destroyed homes and a burnt out car lays on the ground in town of Tathra, Australia, March 19, 2018, following a wildfire. (DEAN LEWINS / AAP IMAGE via AP)