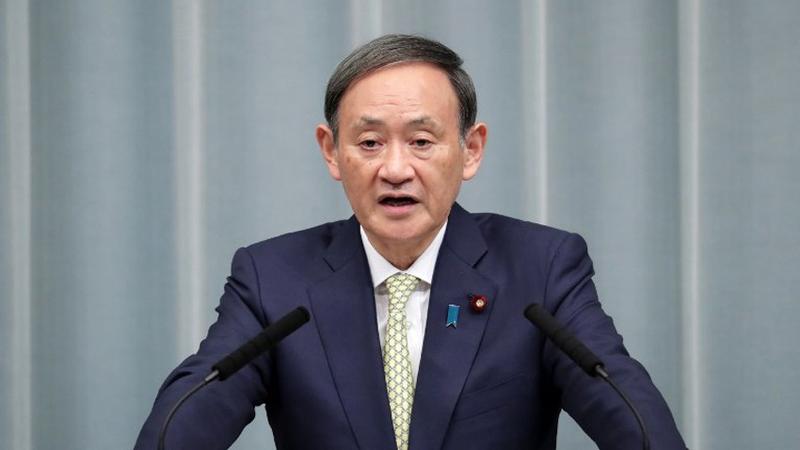 But Suga, like other officials, also cited a "lack of trust" after exchanges with South Korea at the Group of 20 summit in Osaka did not yield "satisfactory solutions."

"That, I must say, seriously damaged our relationship of mutual trust," he said.

The trade ministry said Monday that exports related to manufacturing computer chips, such as fluorinated polyimides used for displays, must apply for approval for each contract beginning Thursday.

It said it was effectively removing South Korea from a list of countries such as the US and European nations that face minimum restrictions on trade.

Up to now, exports have required only a single encompassing approval process. Now, ministry approvals will be delayed on average by 90 days, a trade ministry official in Japan said, speaking on customary condition of anonymity.

South Korea reacted with consternation and its trade minister said Seoul would file a complaint with the rules-making World Trade Organization.

"These measures are necessary for the proper implementation of export controls for security," Seko said.

Japan is a major supplier of materials used to make the computer chips that run most devices, including Apple iPhones and laptop computers. Other exports affected by Tokyo's decision are what is called "resist," for making semiconductors, and hydrogen fluoride used for semiconductors, pharmaceuticals and polymers, including nylon and Teflon.

South Korean tech company LG Display, one of the world's biggest display makers, said it's not affected by the Japanese trade restrictions. But Samsung and SK Hynix were assessing the potential impact.

ALSO READ: ROK: No summit planned between Moon and Abe at G20

Relations between the two main US allies in East Asia have soured since South Korea's top court in October ordered Nippon Steel & Sumitomo Metal Corp. to pay 100 million won (US$88,000) each to four plaintiffs forced to work for the company when Japan colonized the Korean Peninsula from 1910-45.

The company refused, siding with Japan's long-held positon that all colonial-era compensation issues were settled by a 1965 treaty that restored diplomatic relations between the two governments.

The South Korean Supreme Court ordered the seizure of local assets of the company after it refused to pay the compensation.