When people delve into food cultures, they learn about new perspectives and build bridges between different peoples. Cosmopolitan Hong Kong boasts an abundance of ethnic restaurants — offering a liberal education as meaningful as any university program. Wang Yuke reports. 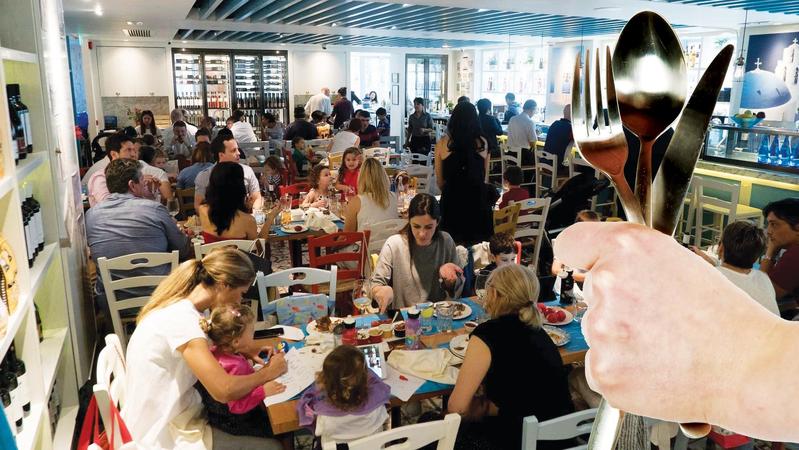 The big smiles and happy chatter signaled a different world from that of the hurried footsteps and often harried-looking faces of Hong Kong Central. And, culturally speaking, it was a different world at Bali restaurant, an Indonesian place.

Today, restaurants and other food outlets as well as family get-togethers have a key role to play in keeping traditions alive and well

The clinking of glasses and occasional peals of laughter sounded as diners sampled the chicken satay, dipped in a rich peanut sauce, blended with sweet soy sauce and pepper condiment. The relaxed atmosphere among the dining tables revealed much about the character of the customers from far-flung points of the globe.

The setting at the Indonesian restaurant painted a perfect picture of how Hong Kong, with its long tradition at the crossroads of East and West, has embraced many cultures and how those cultures have shaped the Hong Kong mosaic — making the city one of the most cosmopolitan in the world.

Experts contend that food culture can combat alienation, which creates an “us and them” mentality and is a natural catalyst for culture clash. Food can become a first step to sharing “the good things” among different cultures, building trust and friendship among people of vastly different backgrounds. “Food is the safest way to understand a culture, making cultural integration and social acceptance possible,” said Maria Tam, associate professor of Anthropology at the Chinese University of Hong Kong.

Tam and her team launched the Multiculturalism in Action Project in 2013, aiming to promote social integration and mutual appreciation among different ethnic groups. Over 2,000 secondary students have taken part in workshops on South Asian cultures in the form of seminars and field trips. Another part of the project is touring exhibitions in communities. It has reached roughly 10,000 people. 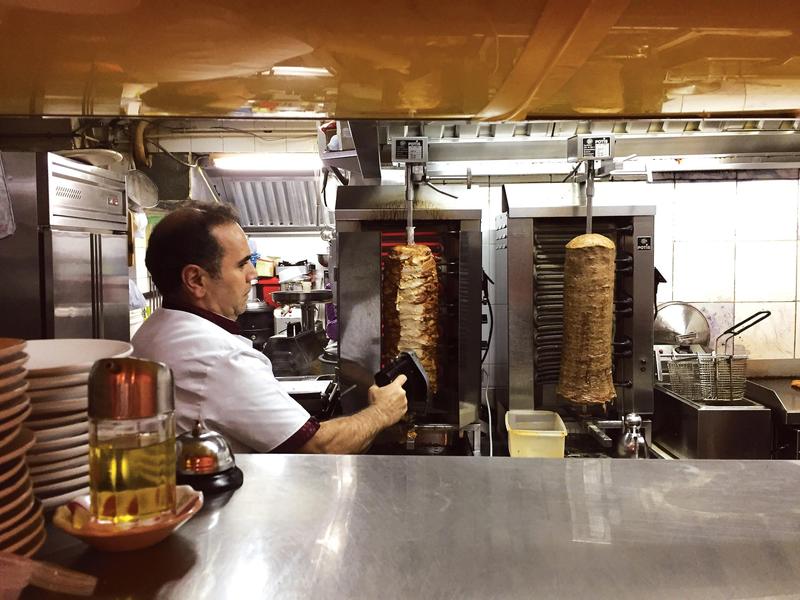 Ethnic chefs cook their countries’ cuisines not only to make a living in the city, but also to introduce their food culture here. (PHOTO PROVIDED TO CHINA DAILY)

It was the first time for Hollace Chai and her workmate Lincoln Chong to dine at the Bali restaurant in Jordan. They were sharing two lunch sets of gado-gado salad followed by beef rendang, a dish deeply layered with the aromas of cinnamon, coconut milk, turmeric, ginger and lemon grass — a seemingly endless array of spices. The two diners also took note of the distinctive adornments around the room — the mysterious alien objects that are fully understood only by people from the home country.

“The point is to experience another culture. We are both into ethnic cultures. That’s why we came. I was curious about the way the place was decorated,” Chong said. He was completely taken in by the fictional deities represented on the rich batiks that hung on the walls. He observed how all the great figures of mythology were represented in gold. “They’re beautiful and the crafting is so exquisite,” he said,

Chong did a quick web search and learned that a masked dragon with round gaping eyes was Barong, a sacred spirit that fights for good in the never-ending war between good and evil. The fresh enlightenment raised more questions for the curious diner. “I want to know how Indonesian people live in the city… and do they enjoy their life here?” He returned his attention to the internet. 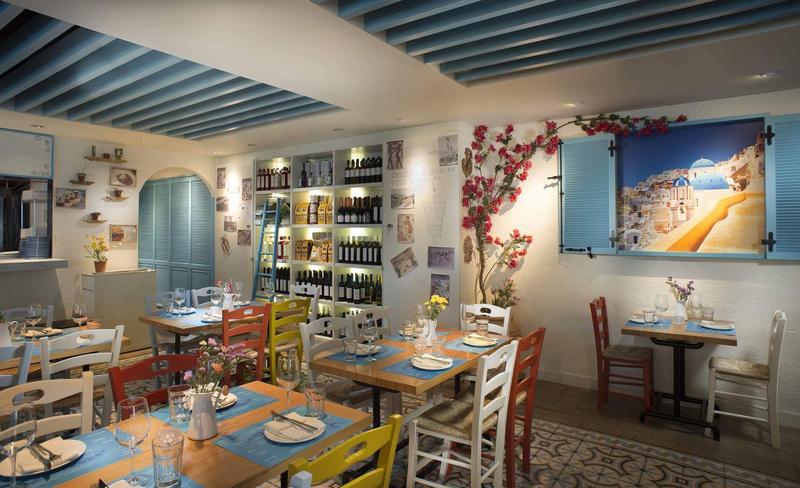 Chai’s interests were a bit closer to home. She wanted to learn about the food and was eager to hit the markets looking for the ingredients that help to create the exotic cuisine.

In such a densely populated city as Hong Kong, people are blessed with great food varieties — an advantage for developing its economy, according to Chan Wai-ling, assistant professor of sociology at the Hong Kong Polytechnic University. “Cultural and economic openness is an important factor in evaluating how well a city has progressed and been civilized,” she said.

Since food is a basic need for everyone, it is an equalizer when it comes to social hierarchy and the wealth gap, Chan suggested. Instead of targeting the upper class, most ethnic restaurants in Hong Kong are grassroots-oriented and offer affordable food and service to the general public, she pointed out. When both rich and poor — as well as the middle class — visit the same restaurant and eat the same food, wealth and class discrepancies disappear. Social mobility tends to be more fluid and flexible when it applies to food culture and there’s a strong correlation between food and socioeconomics, Chan noted. 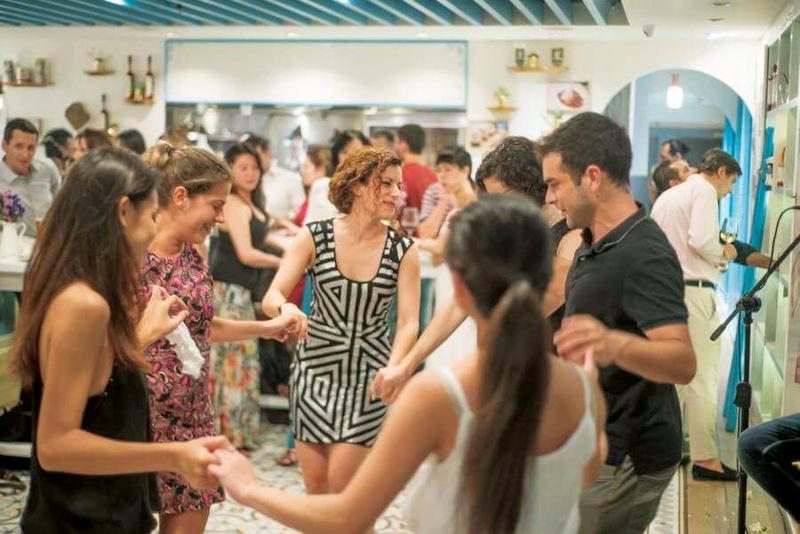 People from diverse communities bond over celebrations in the Greek restaurant Santorini in Central. (PHOTO PROVIDED TO CHINA DAILY)

“Food and taste is very important in Turkey. Food in our country means ‘heart’. To cook tasty food, you must put your heart in it,” said Duzgun Altuntas, head chef of Istanbul Express, a Turkish restaurant in Wan Chai. To him, the happiest moment is when he sees satisfied smiles on customers’ faces. “From their expression, I know they are gratified with the food and they must feel my heart,” said Altuntas, placing his hand on his chest.

One of the beauties of food is that it fosters relationships and communities. The traditions of eating together go back to very ancient times — when the hunter-gatherer was praised and valued through necessity, said Maggie Beale, a food and wine writer based in Hong Kong. “Today, restaurants and other food outlets as well as family get-togethers have a key role to play in keeping traditions alive and well.”

The Consulate General of the Republic of Indonesia in Hong Kong holds regular cultural programs based on cuisine. “Food is a tool of diplomacy as it spurs positive interaction. Food is an entry point to learn about a country, as people’s curiosity can stem from food,” Tri Tharyat, the consul general, noted. He hopes the events will create strong bonds and better understanding among the people of Hong Kong and the Indonesian minority. 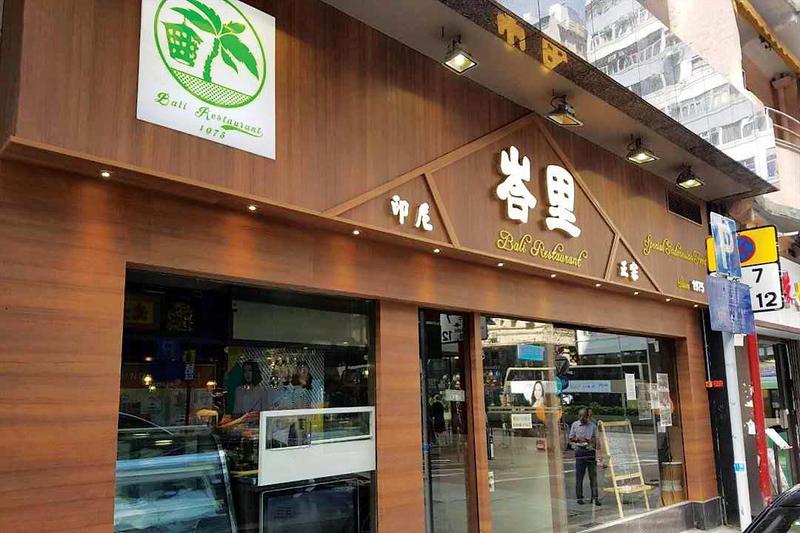 Hong Kong has more than most when it comes to culinary excellence, with great ethnic diversity of both diners and cooks to appreciate them to the full, Beale said. Every chef has his or her take or interpretation on a certain dish, leading to nuances in the taste. Then, even if the taste of a dish varies little, the atmosphere where you eat may not be the same. People are keen to search for culinary sensation that will evoke memories, Beale contended. “The experience will not be the same anywhere else, but that (difference) in itself is also an experience.”

Summarizing the relationship between food and culture of some of the world’s most renowned gastronomy, Beale said Italian cuisine is all about love — “la dolce vita”, the love of pure indulgence; French cuisine, with its refinements of both exotic and mundane ingredients, is all about pleasure; and Germany is famed for its hearty fare.

Up in Central’s Soho area, there’s a rare evocation of Zorba the Greek at Santorini restaurant. The place is named after one of the Greek islands, and in typical fashion is decorated in the colors of the Greek flag, with soothing sky-blue and white fixtures. There’s the feel of an old sailing ship about the place, where diners indulge in triangular slices of pita bread dipped in a “meze” or dip of tzatziki, made from yogurt, cucumber and olive oil.

Todd Hewitt, who migrated here from Toronto where there’s a big Greek neighborhood, has also traveled to Greece to sample the wholesome Mediterranean cuisine. He enjoys the pita and the different varieties of mezes. “But we’d better not dip the bread continually, because there is a tradition (when sharing with friends) that one should not double dip,” Hewitt laughed. 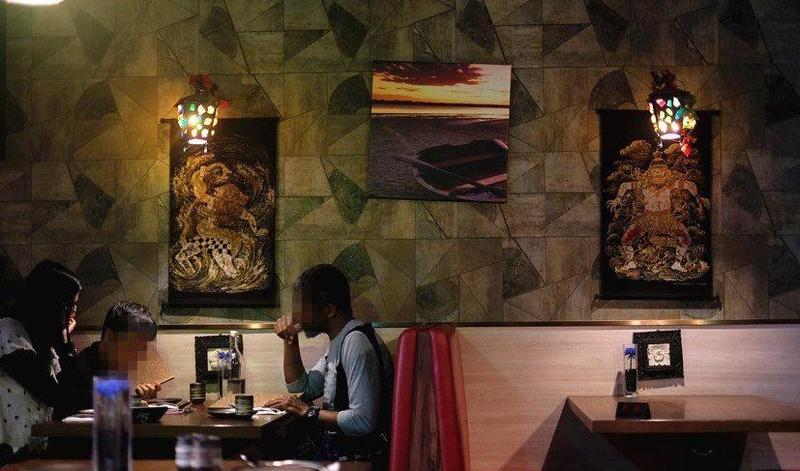 Customers enjoy a quiet meal against the exotic interior design of the Indonesian restaurant Bali in Jordon, Kowloon. (PHOTO PROVIDED TO CHINA DAILY)

His South Korean friend Jin Kim liked the ambience of the place and had developed a healthy desire to visit the famed Greek beaches. “I like the beach and I want to know where the best beach is in Greece,” he enthused.

Food is an everyday topic and serves as an agent for community integration, Maria Tam said. Food culture sharing does not happen on purpose but is a natural process. When people get together they start to interact, and sharing food is an essential part of interaction within the social context, Tam said. Importantly, when they share food they also trade other aspects of culture. When it comes to introducing and promoting a culture in the mainstream environment, food is a good starting point because it crosses the language barrier and any boundary created by cultural differences, Tam opined.

Nevertheless, “accepting their food does not mean accepting the people”, Tam argued, considering it as a superficial measurement. The answer to real social integration is “education”, she contended. Education allows people more exposure to ethic cultures, driving them to see the world in a different light.