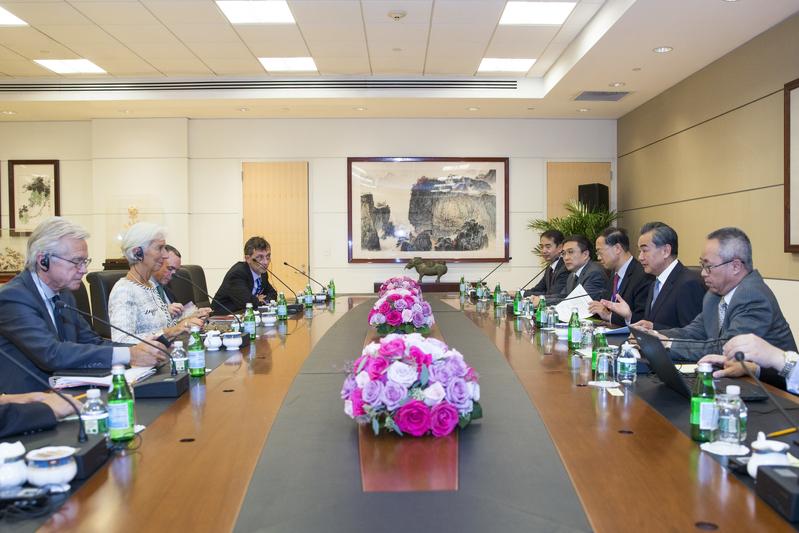 Echoing Wang's views, Lagarde said it was one of IMF's principles to advocate multilateralism and international trade.

The international community should firmly protect multilateral trading system and abide by rules and regulations in international trade while addressing disputes through consultations, she said.

When discussing issues on the reform of WTO, Wang proposed the reform should be transparent, open and inclusive, since it is related to interests of all its members.

Opinions of all WTO members, especially the developing countries, should be considered, said Wang, noting that the global trade body plays a vital role in the development of international trade. 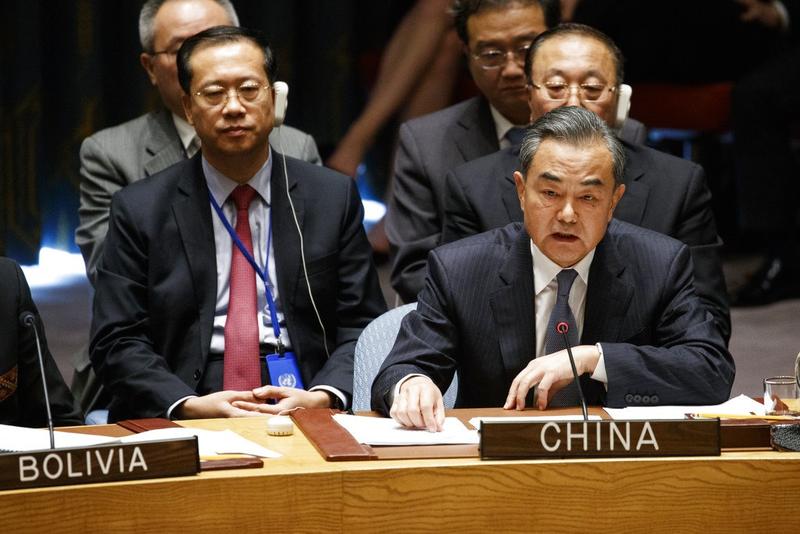 Speaking at a United Nations Security Council meeting on the same day, Wang urged greater efforts by the international community on non-proliferation of weapons of mass destruction .

He proposed that countries should abide by the rule of law to consolidate and improve the international non-proliferation regime.

Wang said multi-front measures should be taken to implement the non-proliferation treaty in a balanced manner, adding that countries need to bolster international cooperation and enhance their non-proliferation capability.

Touching on Iran's nuclear program, known as the Joint Comprehensive Plan of Action (JCPOA), Wang said it is "a hard-won achievement of multilateralism conducive to international non-proliferation regime and peace and stability in the Middle East."

He said what happened in the last three years showed that the JCPOA is a viable agreement, and urged Iran "to continue to fulfill all commitments it has made."

He also called on the relevant parties to "bear in mind the big picture, proceed from a long-term perspective and safeguard the solemnity, integrity and efficacy of the JCPOA."

On the Korean Peninsula issue, Wang pointed out that the situation has changed for the better, and China has made unremitting efforts to this end.

"We call upon all parties to seize the current opportunities, turn political consensus into concrete actions, and work in the direction of setting up a peace mechanism as well as denuclearization on the peninsula to realize lasting peace at an early date," said Wang.

READ MORE: China calls for further dialogue between DPRK, US

Wang said China has, as always, adhered to the principle of non-interference, and that non-interference in other's internal affairs is a tradition of China's foreign policy.

"We also urge other countries to follow the principles of the United Nations Charter, which forbids interference in any nation's internal affairs," he added.