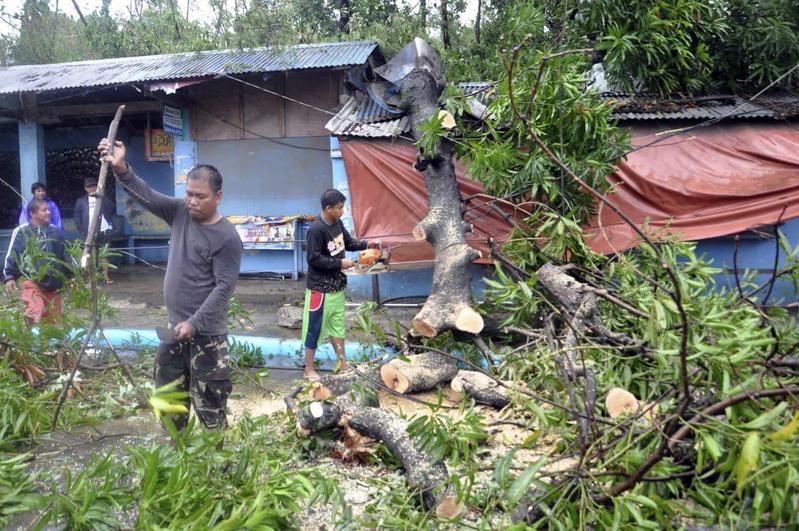 Workers clear the road off toppled trees after Typhoon Yutu slammed Isabela province in northeastern Philippines, Oct 30, 2018. As the typhoon battered the northern Philippines on Tuesday, officials expressed hope that successful evacuations would help avoid a repeat of the death and destruction wrought by a powerful storm last month. (PHOTO / AP)

MANILA – Philippine rescue teams worked to free at least 30 people trapped under earth and rubble on Wednesday after a typhoon dumped heavy rainfall on a mountainous region, triggering floods and deadly landslides.

Soldiers and disaster agency personnel managed to pass through blocked roads to reach the remote area during the night in northern Mountain Province, where a building owned by the local highways department was engulfed by an avalanche of earth.

Thousands of people in the typhoon's path were evacuated before the storm hit, mostly in mountainous, coastal and river areas at risk of floods, storm surges and mudslides

A dead body was recovered from the site, one of seven people killed on Tuesday in four provinces in the Cordillera region, said Ruben Carandang, director of its civil defence office.

Typhoon Yutu swept across the main island of Luzon on Tuesday with winds of 140 km per hour and gusts of up to 230 kph, before exiting the land in the evening.

"In the pictures sent to me this morning, the building was not flattened. There were doors open. There are open spaces," Carandang said by phone.

"There is a possibility there are people still alive. They will not die if they were not crushed."

The disaster agency said 20 laborers, an engineer, three security guards and six or seven residents sheltering from the typhoon were inside.

Six of those killed in the Cordillera region died in landslides and another drowned in an overflowing river. Four of the dead were children aged between 5 and 11.

Radio reported a man was electrocuted in Isabela province, where Yutu made landfall. The national disaster agency reported no confirmed casualties on Wednesday but said seven people were "affected" by landslides. 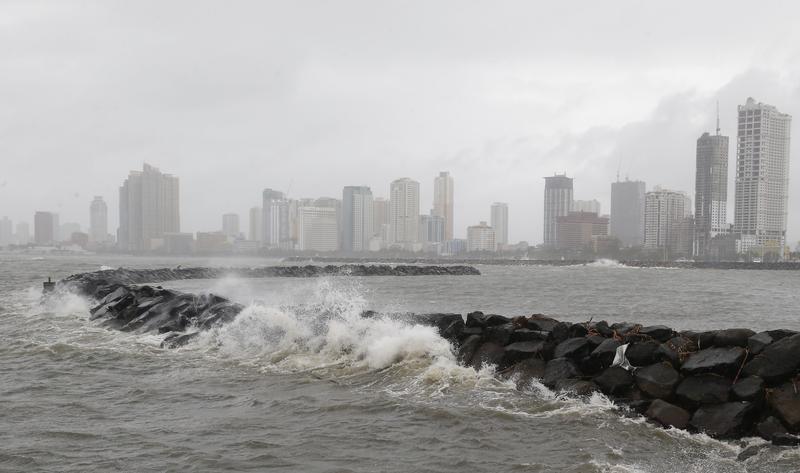 Thousands of people in the typhoon's path were evacuated before the storm hit, mostly in mountainous, coastal and river areas at risk of floods, storm surges and mudslides.

When it struck the Philippines, Yutu's winds were half the strength of those it packed five days earlier, when as a super typhoon it piled into the US Northern Mariana islands, about 6,000 km west of Hawaii, killing one person, wounding more than 130 and damaging critical infrastructure.

Yutu, the 18th typhoon to hit the Philippines this year, was moving towards southern China on Wednesday and had weakened to a tropical storm with winds of 102 kph and gusts of 130 kph, according to the US Joint Typhoon Warning Center in Hawaii.