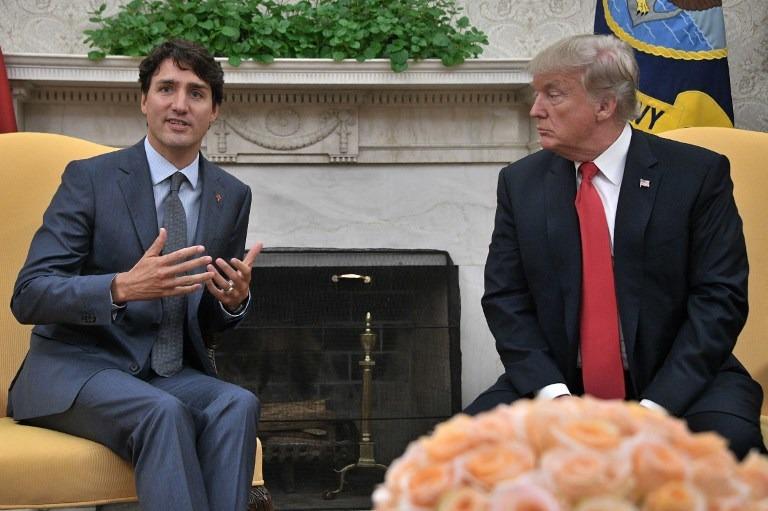 OTTAWA - Canadian Prime Minister Justin Trudeau spoke with US President Donald Trump on Friday and raised "strong concerns" about a US probe into car and truck imports that was launched this week, the prime minister's office said.

The Trump administration earlier this week began a national security investigation into auto imports that could lead to new US tariffs similar to those imposed on imported steel and aluminum in March.

The move was seen as adding pressure to the ongoing NAFTA negotiations, where auto provisions have become a critical part of the talks.

Trudeau "raised strong concerns about the US' Section 232 investigation on automobile imports, given the mutually beneficial integration of the Canadian and American auto industries," his office said in a statement.

In an interview with Reuters on Thursday, Trudeau said the investigation was based on flimsy logic and part of pressure from Washington to renegotiate the NAFTA trade pact.

ALSO READ: Mexico says will not renegotiate NAFTA under pressure

Mexico's economy minister said on Friday there was about a 40 percent chance of concluding the NAFTA talks before Mexico's presidential election on July 1.