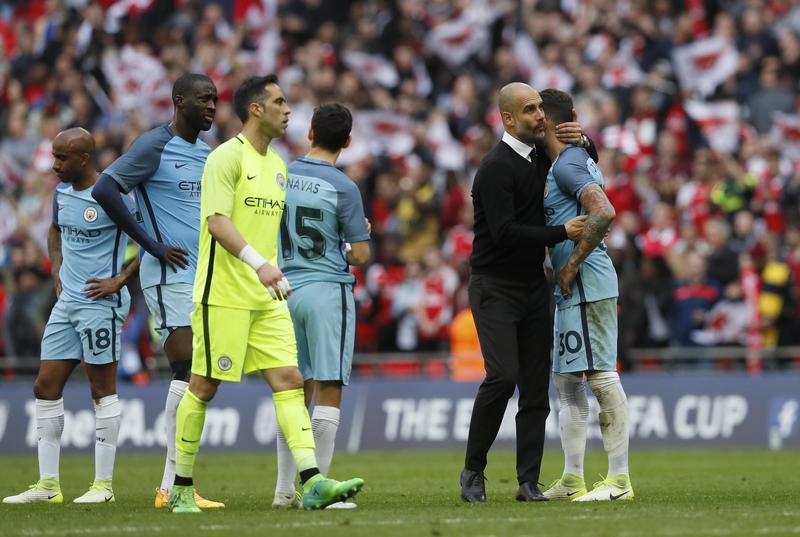 MANCHESTER, England — It's a nagging question that occupies the thoughts of Pep Guardiola.

"What would have happened," the Manchester City manager pondered recently, "if we'd been able to have Gabriel Jesus all season?"

It's clear in every answer he gives about Gabriel Jesus that Guardiola thinks extremely highly of the 20-year-old striker, who completed his move from Palmeiras in December and only made his debut in late January.

And it's easy to see why.

The Brazil international scored three goals in his first three league games, performing at such a level in training and in competitive play that he ousted top scorer Sergio Aguero from the starting lineup.

Gabriel Jesus then broke his foot against Bournemouth on Feb. 13, ruling him out for 2½ months. Since his return, he made an instant impact and had a goal disallowed as a late substitute in the 0-0 draw against Manchester United, before scoring City's equalizer in the 2-2 draw at Middlesbrough on Sunday.

City has four league games left — starting with Crystal Palace at home on Saturday — to try to secure a place in next season's Champions League and Gabriel Jesus is set to be Guardiola's go-to attacker, especially after Aguero came off injured against Middlesbrough with an apparent groin injury.

Aguero has scored 30 goals this season, and no other player has hit double figures, with City regularly spurning countless chances, much to Guardiola's chagrin. Yet even in his short time at the club, Gabriel Jesus has shown he offers a more rounded game than his fellow striker and may have as much of a striker's instinct in the box.

Guardiola has remarked how impressed he is by Gabriel Jesus' quick adjustment to both the pace and intensity of the Premier League.

"He is dynamic, he is aggressive," Guardiola said about Gabriel Jesus in welcoming the striker back after injury. "His influence on his other teammates is huge."

And that's the thing for Guardiola. While Aguero may be a scoring machine — he's netted in 11 of his last 14 games — Gabriel Jesus makes the team operate more effectively as a whole with his pressing and energy from the front.

In the four games he has started and played the full 90 minutes, against Crystal Palace in the FA Cup and West Ham, Swansea and Middlesbrough in the league, City has scored 11 goals. Before his injury, City's front three of Leroy Sane, Gabriel Jesus and Raheem Sterling gelled so well that Guardiola said they were "the future of the club."

That should be the front line at Etihad Stadium on Saturday, as City looks to avoid becoming the latest member of the top six to stumble against Palace. 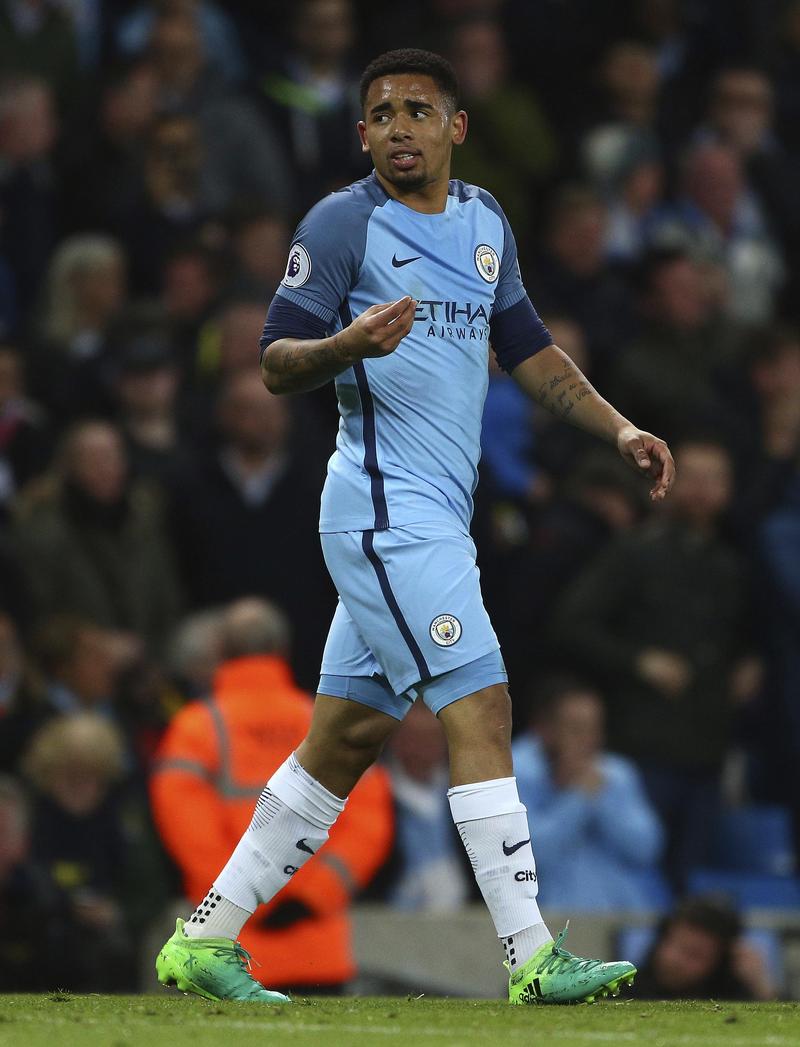 Sam Allardyce's team has beaten Chelsea, Arsenal and Liverpool over the past month as it climbs away from relegation trouble, and has proven especially dangerous away from home with quick and elusive wingers Wilfried Zaha and Andros Townsend feeding striker Christian Benteke.

City, though, has its own attacking triumvirate back together. And Gabriel Jesus' return might just give Guardiola's team the impetus to seal that top-four finish with further games to come against Leicester, West Bromwich Albion and Watford.

Here are other things to look out for this weekend:

This is a game that has a crucial bearing on both ends of the standings.

Next-to-last Middlesbrough could be relegated with a loss at Stamford Bridge, if Hull get a draw or a win at home to already-relegated bottom side Sunderland on Saturday.

Chelsea, meanwhile, will start the match knowing if its lead has been trimmed to one point by Tottenham, which visits West Ham on Friday. The two title rivals will have three more matches to play after this round.

Arsenal is running out of time if it is to reel in two of Liverpool, Man City and Man United to secure a Champions League qualification spot for the 20th straight season under Arsene Wenger.

Arsenal is sixth, five points behind fifth-place United and six behind fourth-place City with a game in hand over both its rivals.

A win is vital at Emirates Stadium, meaning Arsenal has to do what no team has achieved in the Premier League since October: Defeat United.

Liverpool is three points ahead of City in third place, and hosts Southampton on Sunday.