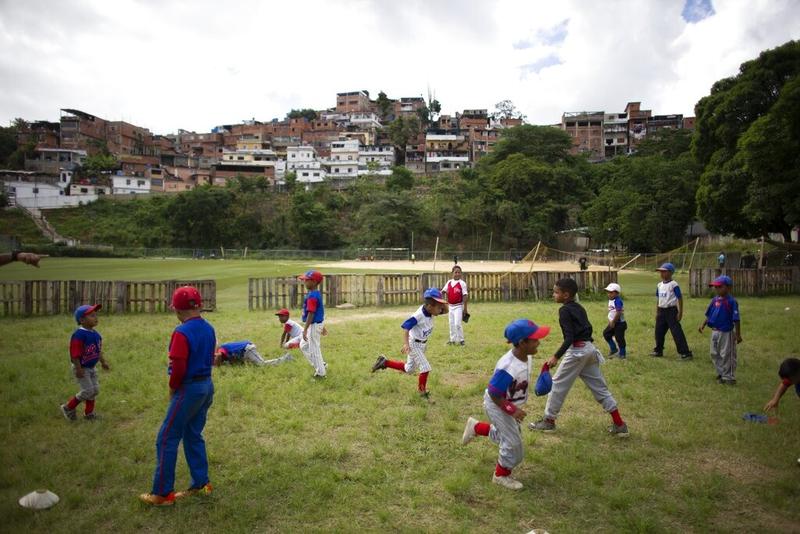 CARACAS, Venezuela — More than 100 boys train daily on a baseball field next to the biggest slum in Caracas, using old bats, balls and gloves in hopes of achieving the ultimate goal: a professional baseball career in the United States and an escape from Venezuela's hardship.

Chances are small, and getting remoter. Major League Baseball's teams have shut down their academies in Venezuela and no longer send scouts. Sometimes, local trainers say, a player faints on the field because he hasn't had enough to eat, a sign of how nationwide shortages of food, medicine and other necessities inflict a heavy toll.

ometimes, local trainers say, a player faints on the field because he hasn't had enough to eat, a sign of how nationwide shortages of food, medicine and other necessities inflict a heavy toll

A junior team from Maracaibo is participating this week in the Little League Baseball World Series in Williamsport, Pennsylvania. Two Venezuelan pro players, Rougned Odor of the Texas Rangers and Ender Inciarte of the Atlanta Braves, donated funds for the trip.

Still, there is a precedent for youthful ambitions. Venezuela was an incubator of major league stars like Miguel Cabrera and Felix Hernández, and the flair is still there. Another young Venezuelan team arrived two hours before their first game at a tournament in Mexico and ended up winning the whole contest.

"My dream came true," said Diego Gutiérrez, a 10-year-old on the Cacique Mara team that won the junior Latin America title this month. He spoke to The Associated Press by telephone from Maracaibo, a Venezuelan city hit hard by power cuts, gasoline scarcity and other problems.

The team's victory was a bright spot for a country more accustomed to news about political conflict and economic turmoil.

The 14 players barely made it to the tournament because they didn't have money to buy plane tickets. Daniel Gutiérrez, Diego's father and head of the junior team, took the boys and some family members anyway on a 10-hour bus journey to Caracas in late July in hopes of securing financial support

Red Sox pitcher Eduardo Rodríguez got involved with little time to spare, buying tickets after learning about the team's plight.

"I saw it on Instagram and sent them a text and asked: 'How can I help you guys to make the dream come true for the kids?' They said they needed money for the flight," Rodríguez told AP. 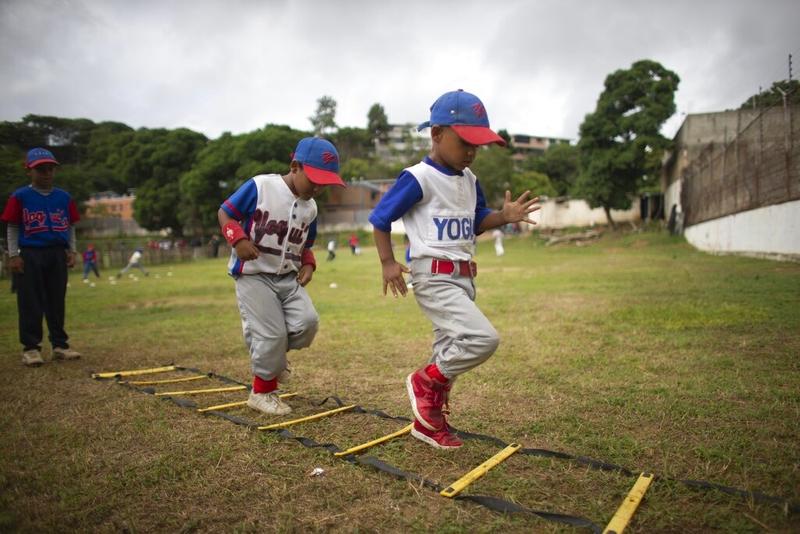 "I know how it is," he said. "When I was a kid, I had a lot of invitations to play in some competitions, but I didn't have the money to go there so I know how it feels, so that's why I did it."

Another coach, Pedro Quero, said players used to eat well, providing a strong base for them to hone their talents. It's different now

Boys run hard, lift weights, bat and pitch in the heat on the baseball field at the Petare slum in Caracas. But strains are evident.

"It's sad to see that the number of boys attending has dropped a lot," said trainer Nelson Castro, who has coached for decades and shaped future stars, including Armando Galarraga.

Another coach, Pedro Quero, said players used to eat well, providing a strong base for them to hone their talents. It's different now.

"We're seeing a lot of food that doesn't help with the boys' nutrition," Quero said. "The kids aren't growing well."

Poor nutrition has forced Venezuelan baseball academies with limited resources to try to provide better food, including protein, to make up for diet deficiencies, he said.

Juan José Escobar, a Caracas resident, watched as his 3-year-old son ran around cones during a speed and stamina exercise at the baseball field. Escobar said another son, 18-year-old Anthony, signed with the Minnesota Twins two years ago, just before Venezuela's humanitarian crisis got much worse. 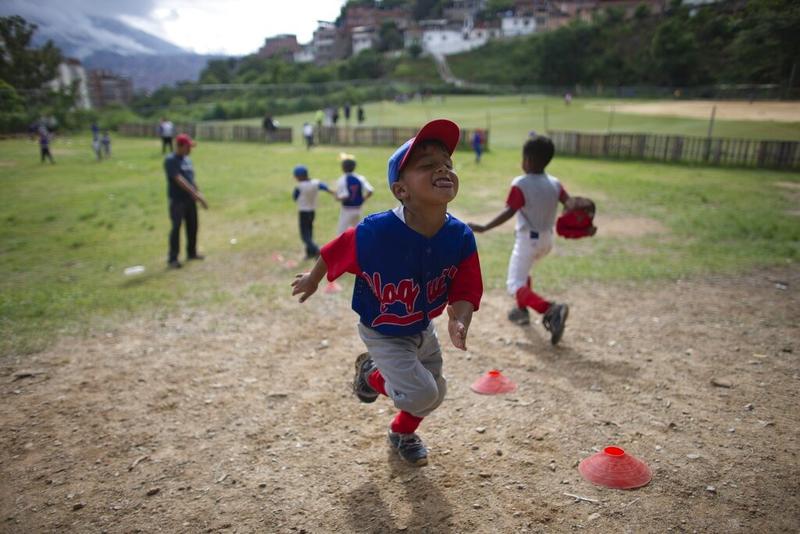 In this Aug. 12, 2019 photo, a young baseball player playfully rolls his tongue as he runs during drills at a practice at Las Brisas de Petare Sports Center, in Caracas, Venezuela. (ARIANA CUBILLOS / AP)

The older son's good fortune "was a blessing because, the way things are in the country, you can't even give your child a good education," Escobar said.

Diego Gutiérrez, the young player who was on the winning team in Mexico, started playing baseball when he was 3, helped by his father. His new dream is to play for a major league team in the United States.

Right now, the 10-year-old is bursting with gratitude toward Rodríguez of the Red Sox for helping his team.