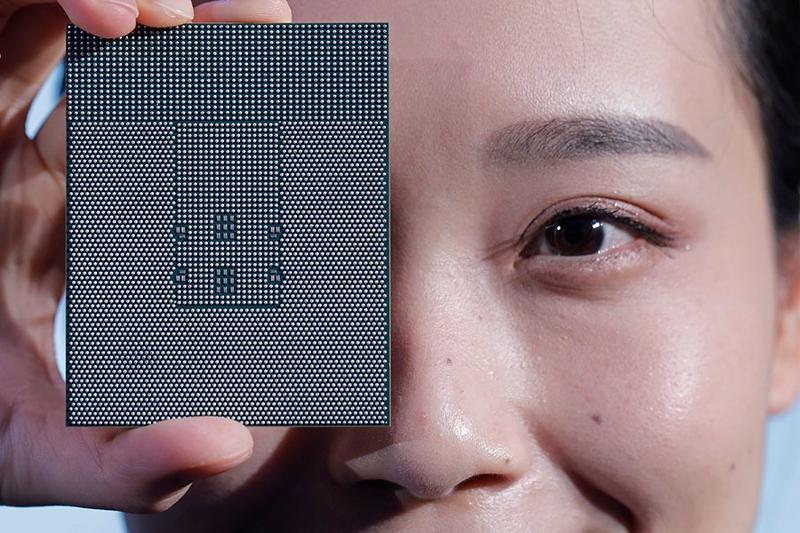 A Huawei Kunpeng 920 chip is displayed during its launch ceremony in Shenzhen, Guangdong province, in January this year. (PHOTO / AP)

Huawei Technologies Co Ltd said on Tuesday it plans to invest 3 billion yuan (US$436 million) over the next five years to build an ecosystem for its ARM-based server chips as the Chinese company beefs up its prowess in semiconductors.

Xu Zhijun, the rotating chairman of Huawei, said the investment will be used to bolster its leading IT infrastructure and encourage applications based on its Kunpeng processors for all industries by teaming up with a wide range of partners.

Huawei is moving in the right direction by stepping up efforts to cultivate an ARM-based ecosystem, including software and applications

Huawei's ARM-based central processing unit, called the Kunpeng 920, was unveiled in January. It is designed to meet the exponentially growing demand for bigger computing capabilities while slashing power consumption.

It is part of Huawei's broader push to build server chips based on the ARM architecture for data centers, a booming market dominated by Intel's x86-based processors. ARM architecture is developed by the British company Arm Holdings and it is a chip design commonly used in smartphones and tablets.

Xu said Huawei will focus on developing the high-performance Kunpeng chip series and offer high-quality cloud and artificial intelligence based on those chips.

So far, the world's top telecom carrier and the second largest smartphone vendor has built an online community, where an open-source operating system and other tools are available to help software developers quickly develop applications that are compatible with servers powered by its Kunpeng chip series.

Huawei said its chips will not be sold as a stand-alone product. Instead, it will only sell servers powered by its in-house CPUs. The Shenzhen-based company said its servers can be used for big data, distributed storage, and ARM-native applications.

Huawei also said in January that Kunpeng 920's power efficiency is 30 percent better than that offered by industry counterparts, which can greatly reduce energy costs.

Danny Mu, an analyst at market research company Forrester, said ARM-based chips are for special businesses which can serve as a good complement to Huawei's computing enterprises.

"Huawei is moving in the right direction by stepping up efforts to cultivate an ARM-based ecosystem, including software and applications," Mu added.

Huawei has sold more than 900,000 servers worldwide in 2018, bringing the total shipment in the past six years to 3.56 million units.