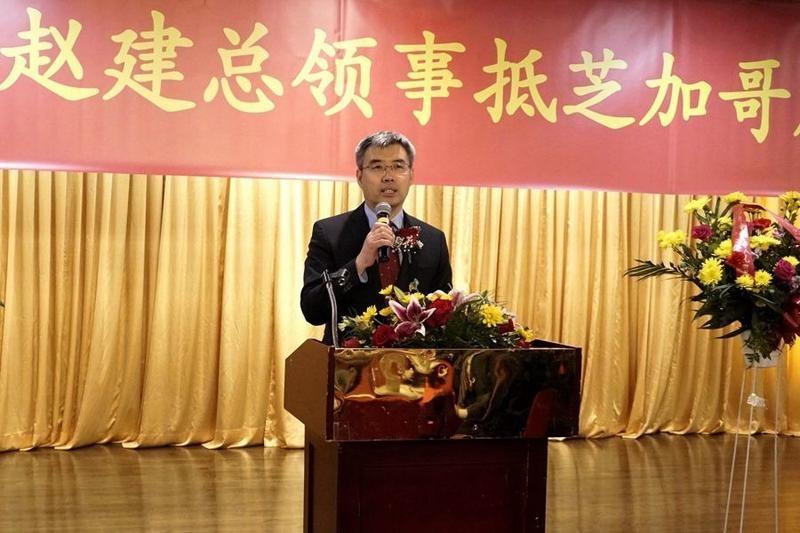 In this March 23, 2019 photo, Chinese Consul-General in Chicago Zhao Jian speaks at a reception held by the Chinese American Association of Greater Chicago in Chicago. (PHOTO / WEBSITE OF CONSULTE-GENERAL OF THE PRC IN CHICAGO)

ANN ARBOR, the United States — Although great changes have taken place in the China-US relationship in the past 40 years since the two countries forged diplomatic ties, the fact that the common interests between the two countries far outweigh their differences has not changed, a Chinese diplomat said here Saturday.

The China-US relations are not a zero-sum game. We both stand to gain from cooperation and lose from confrontation

Addressing the opening ceremony of the two-day 2019 Michigan China Forum in Ann Arbor in the US state of Michigan, Chinese Consul General in Chicago Zhao Jian said that China and the United States have different national conditions and levels of development, as well as different cultures, histories and ideologies, but "we have shared responsibility and broad common interests in maintaining regional and global peace and prosperity."

"The China-US relations are not a zero-sum game. We both stand to gain from cooperation and lose from confrontation."

The China-US relationship is between the largest developing and developed countries, Zhao said.

"It not only directly affects the welfare of our two peoples but also bears on the global peace, stability and prosperity. A sound China-US relationship serves the fundamental interests of our people and meets the expectations of the wider international community."

"The development of China-US relations has brought real benefits to the people of the two countries," Zhao stressed. "China's ever-growing development and ever-opening market will provide new cooperation opportunities for both countries." 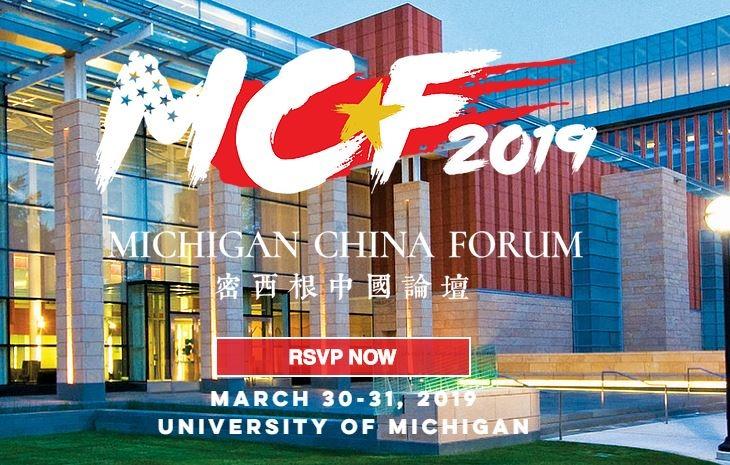 The screenshot is taken from the official website of Michigan China Forum.

"The good will and friendship between the Chinese and American people and their aspiration for deeper mutual understanding and cooperation have not changed," Zhao said. "This is the fundamental driving force of our relations."

The year 2019 marks the 40th anniversary of the establishment of diplomatic ties between China and the United States. Zhao said "the need for both sides to respect each other and work together to enhance mutual trust and seek common ground while defusing differences has not changed".

"This is key to maintaining the sound and stable development of bilateral relations," he said.

Founded in 2017, the Michigan China Forum is a non-profit organization registered with the University of Michigan with an aim to tap bilateral cooperation and mutually beneficial development opportunities.