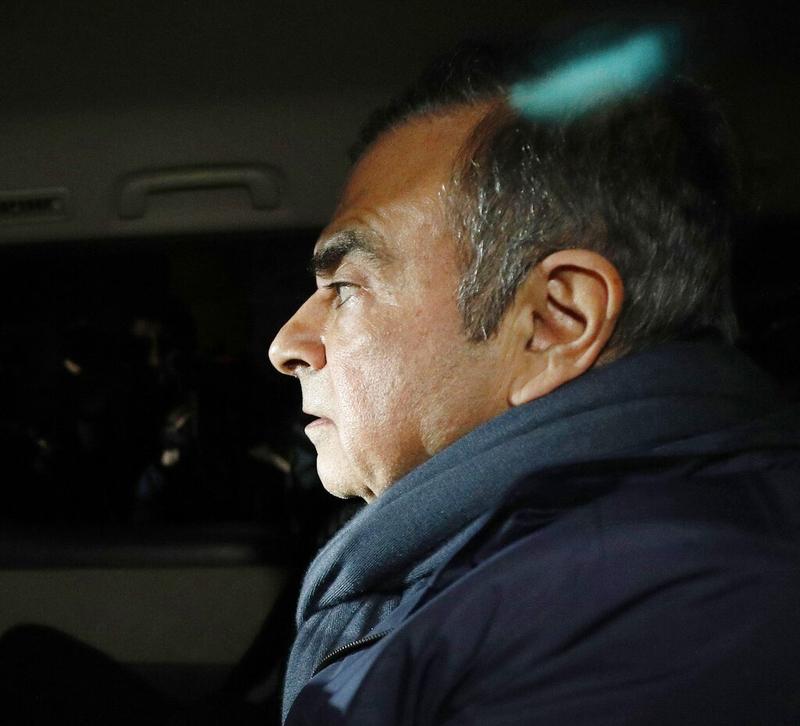 TOKYO — A Japanese court on Friday approved the detention of former Nissan Chairman Carlos Ghosn through April 14 after his latest arrest over financial misconduct allegations, a move that has raised questions among legal experts.

The former star executive was taken into custody Thursday over fresh allegations that US$5 million sent by a Nissan Motor Co subsidiary and meant for an Oman dealership was diverted to a company effectively controlled by Ghosn.

Ghosn spent nearly four months in detention and was just released last month after meeting stringent bail conditions while he awaits trial over earlier allegations that he under-stated his compensation in financial documents, had Nissan shoulder his personal investment losses and made dubious payments to a Saudi businessman.

The Tokyo District Court on Friday approved the initial 10-day detention request from prosecutors, who can seek another 10-day extension before needing to file charges against Ghosn, release him or accuse him of fresh misconduct that needs investigating.

Stringing out a suspect's arrest for the full 20 days and then raising fresh accusations is common in Japan, where it is known as a "rearrest." Critics say it allows suspects to be grilled by the authorities, resulting in some signing confessions to crimes they never committed.

But it is rare for a suspect to receive bail and then be taken back into custody.

Ghosn, 65, was first arrested Nov 19 and released March 6 on 1 billion yen (US$8.9 million) bail, after two previous rearrests. He says he is innocent of all allegations.

Prosecutors argue the latest allegations are different from the previous ones, but his legal team says they are part of the same scenario of wrongdoing.

In demanding the latest detention, prosecutors argued Ghosn may tamper with evidence related to the fresh allegations. Prosecutors had earlier fought against bail for Ghosn, a citizen of France, Brazil and Lebanon, arguing he was a flight risk.

Ghosn's lawyer Junichiro Hironaka pointed out prosecutors have already raided Ghosn's property and taken everything, leaving little to tamper with.  He accused prosecutors of trying to silence Ghosn, who had tweeted he was planning a news conference next week to tell "the truth about what was happening."

Stephen Givens, an American who practices law in Japan, said the latest accusations are more serious than the previous charges because they imply Ghosn pocketed the money, while the earlier charges were technical offenses that didn't harm Nissan or lead to personal gain.

Nevertheless, Givens noted there were no grounds for detaining Ghosn again, as he had already satisfied a court that he won't flee or tamper with evidence or witnesses.

Mark Levin, professor of law at the University of Hawaii, said he was worried about Japan's international image, noting the nation's appeal with future global business talent may suffer.

The arrest "has the plain look of an attempt to muzzle his ability to present his case to the public," he said.

Ghosn's case and the extended detention without a conviction are drawing scrutiny to Japan's criminal justice system, long criticized as "hostage justice."

Ghosn, who had led Nissan for two decades before his downfall, said he wasn't giving up.

"I will not be broken. I am innocent of the groundless charges and accusations against me," he said in a statement Thursday.