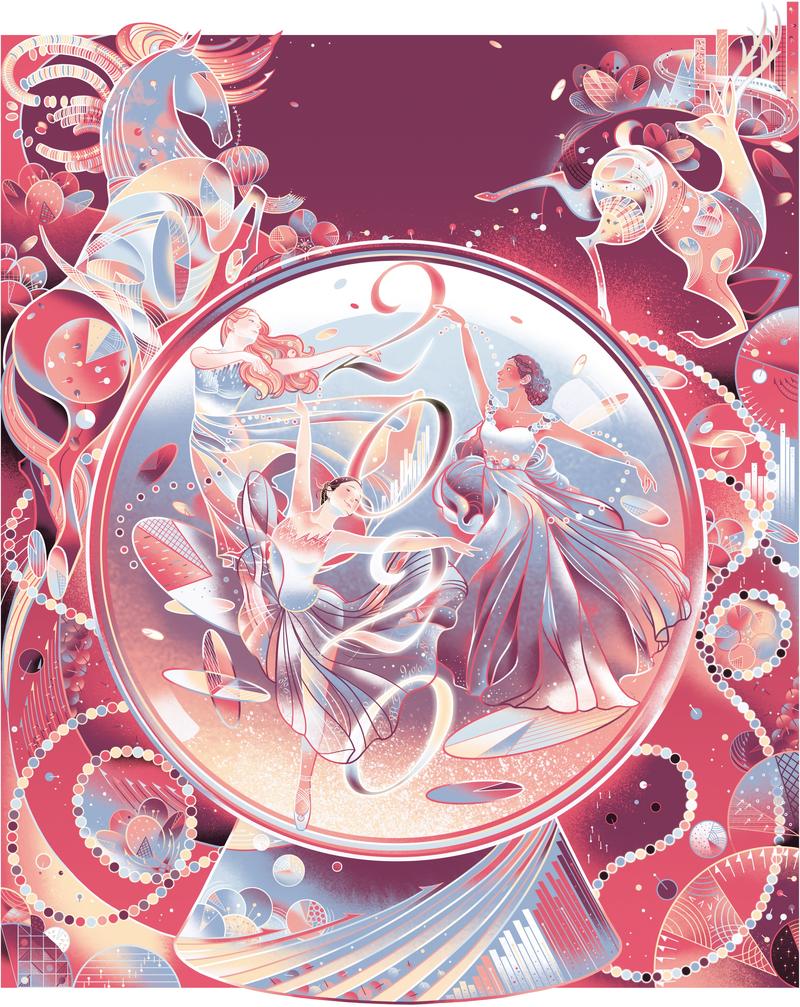 This year is destined to be a big one for China, with the country set to become a moderately well-off society and to eliminate all forms of extreme poverty in time for next year’s 100th anniversary of the Communist Party of China.

Many expect another challenging year ahead for the economy, which has been affected over the past 12 months by both trade friction with the United States and slowing global growth.

With the US economy in July recording the longest period of expansion in its history, the inevitable consensus among economists is that a global recession cannot be far off, even if it does not happen this year.

Relations between Beijing and Washington will again be in focus as the race hots up for the US presidential election in November.

Also, as the United Kingdom gears up to leave the European Union and make Brexit a reality, there still remains the risk of no free trade agreement being reached.

This year also promises to be another important one for the Belt and Road Initiative, with a number of key projects underway across several continents.

As far as the Chinese economy is concerned, stability was emphasized at the three-day annual Central Economic Work Conference last month, attended by the country’s leaders.

As a result, commentators believe the government will set a target of “around 6 percent” for GDP growth in the Government Work Report in March, compared with the 6-6.5 percent range set last year.

In November, after the government revised growth for 2018, a 6 percent expansion this year would be sufficient to achieve a doubling of 2010’s GDP, which would equate to China becoming a moderately well-off society.

“The expected growth rate will still be enough for the government to meet its centennial goal. We expect it to introduce more aggressive stimuli in 2020 to ensure economic growth reaches this level, including continued monetary loosening and government spending on infrastructure, as well as moderate loosening of policy in the property sector in certain regions,” she said.

Louis Kuijs, head of Asia Economics at the consultancy Oxford Economics, also believes a lower target would be the right course of action.

“It would make sense, as it would imply a further softening of the target compared with 2019, without leading to too strong a deceleration,” he said.

“Chinese policymakers have been responsive in managing the nation’s financial and economic risks. With the economy facing headwinds, they have reiterated the continuation of supply-side structural reforms in the pursuit of high-quality growth,” she said.

If China does succeed in eliminating extreme poverty this year, it would be a remarkable achievement and one that even some developed economies have failed to match.

It would be the culmination of a 40-year journey that has seen China lifting 800 million people out of poverty, the highest number ever achieved in such a short period of time.

Stephen Roach, senior fellow at the Jackson Institute for Global Affairs at Yale University, noted that 4.8 million citizens in the US still live in absolute poverty — below the US$3.20 a day purchasing power parity threshold. Some 2 million of them do not have running water.

“China’s unparalleled progress on poverty alleviation may well be the singular achievement of its growth and development miracle,” he said. 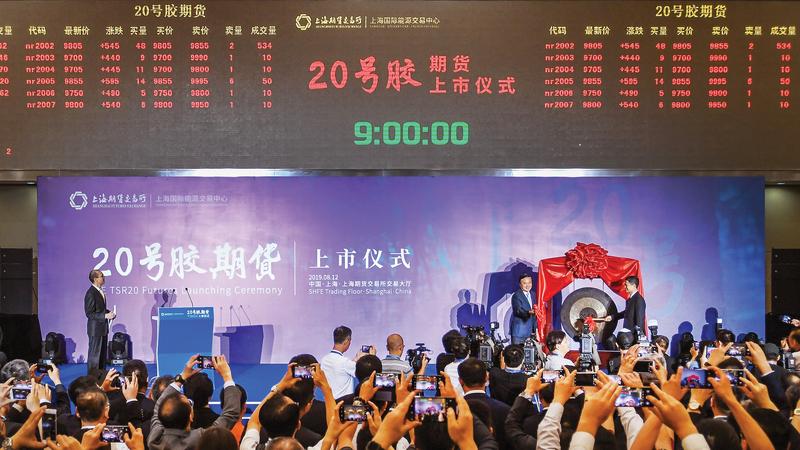 Douglas McWilliams, who carried out extensive research on poverty for his 2018 book The Inequality Paradox: How Capitalism Can Work for Everyone, argued that China has been particularly successful in not leaving people behind as it becomes wealthier.

“It has made creating prosperity translate into reduced poverty, and there are lessons other countries could learn from,” he said.

Many commentators expect the global economy to remain sluggish this year.

However, Page-Jarrett from the EIU believes global growth will pick up slightly, from 2.3 percent in 2019 to 2.4 percent.

“The world’s major central banks will continue to pursue ultra-loose monetary policy. This will cushion demand in developed markets and limit the financial pressures that some heavily indebted emerging-market economies might otherwise face.”

Kuijs, at Oxford Economics, was doubtful that this year will herald the start of a global recession.

“We are not very bullish on the global economic outlook for 2020, but we think that the risk of a recession or something close to that remains modest, given the insurance policy provided by monetary and fiscal stimulus pursued across the world,” he said.

Last month, the US and China agreed a “phase one” trade deal, but many observers expect anti-China rhetoric to increase in the upcoming US presidential election.

Shi Yinhong, director of the American Studies Institute at Renmin University and one of China’s leading foreign policy experts, believes there will be considerable “China-bashing” from both the Republicans and Democrats on the campaign trail.

Wang Huiyao, founder and president of the Center for China and Globalization, an independent think tank based in Beijing, believes the “phase one” trade agreement brings much-needed stability.

“The trade dispute, for now, has probably stabilized and the challenge is to maintain China-US relations and not let them deteriorate,” he said.

Roach, at Yale, said that while the deal helped to ease tensions, they could resurface this year.

“It takes a worrisome source of uncertainty out of the near-term global growth equation. But as the events of the past 21 months have indicated, there is far more to this conflict than tariffs.

“Tensions over innovation policy, technology leadership, cybersecurity and State-sponsored industrial policy underscore both the breadth and the depth of the protracted tensions between the world’s two largest economies,” he said.

However, Shi, at Renmin University, believes the US and China will continue to “decouple” and the world will become more protectionist, rejecting globalization.

“The forces of protectionism are becoming stronger. Countries across the world are looking inwards ... This is a trend that is not going to end anytime soon,” he said.

As with last year, another source of uncertainty in 2020 is Brexit. The UK is set to leave the EU by the end of this month, but will then enter an implementation period.

While the UK is disentangling itself from the EU, the Belt and Road Initiative will continue to forge new links between countries.

McWilliams, also founder and executive deputy chairman of the Centre for Economics and Business Research, an economics consultancy based in London, said the BRI will provide one of the most significant global boosts this year.

According to a report by his consultancy, the initiative will add US$7.1 trillion annually to global GDP over the next two decades, involving a significant surge in infrastructure spending.

“The BRI is a huge boost to the world economy. While its peripheral elements are important, the biggest one is the development of land-based trading routes from Asia to Europe, which will transform China’s trading links with Europe,” he said.

“It now costs just US$2,600 to send 1 metric ton of freight from Chengdu (capital of Sichuan province) to Lodz in Poland in 14 days by rail, a fraction of what it would cost by other modes of transportation. This is transformative.”

Bukola Ogunsina, editor of the Sunday edition of the Leadership newspaper in Nigeria, said the BRI is particularly important in Africa, where the initiative is fostering a deeper relationship between China and the continent.

“Chinese companies are building bridges, roads and hydroelectric plants in Nigeria, and I think people are beginning to grasp the whole concept of what the initiative means,” she said.

Ulrich, at JPMorgan Chase, said there is a growing global realization of the scale of the BRI.

Not only this year, but the new decade as a whole is likely to be an important time for technology, with major breakthroughs expected in artificial intelligence, robotics and telecommunications, and with Chinese tech giant Huawei already a leader in 5G.

Jeffrey Towson, professor of investment at Guanghua School of Management, Peking University, said China is already ahead in a number of areas.

“China’s digital giants are now the leaders in e-commerce, messaging and payments. Alibaba is better than Amazon. WeChat is better than Facebook. I expect them to extend this lead in 2020,” he said.

Towson, co-author with Jonathan Woetzel of the best-selling The 1 Hour China Book, said China has had particular success with consumer products.

“Silicon Valley is dreadfully boring on the consumer side, almost stagnant. China and Asia (as a whole) is where the excitement and innovation is for most everything on a smartphone. China’s tech giants will continue to evolve into global leaders: Huawei in telecommunications and smartphones, TikTok (known as Douyin in China) in entertainment, and Ant Financial in payments,” he said.

McWilliams said any predictions for 2020 must be tempered with the knowledge that a global recession is looming.

“This year looks likely to be a better one than 2019, but there are a lot of imbalances in the global economy that have not been resolved, and there is likely to be quite a severe recession within the next five years,” he said.