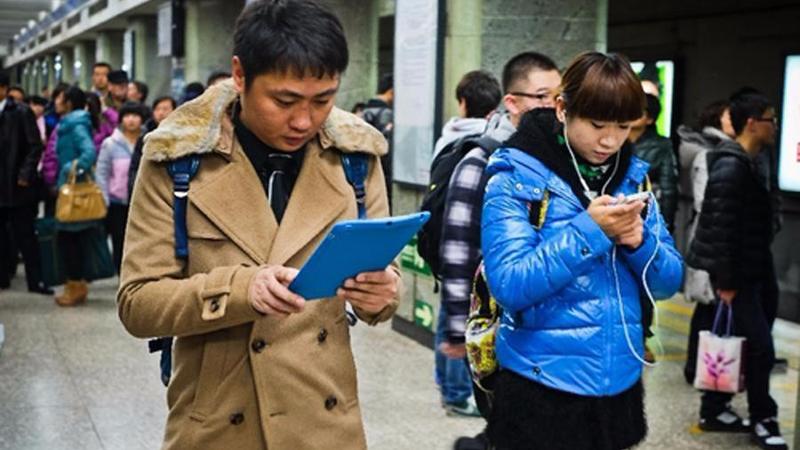 People look at tablet PC and cellphone at Xuanwumen Station of Beijing Subway in Beijing, capital of China, Nov 18, 2012. The All-China Journalists Association said in a report, published on May 31, 2017, that social networks and news apps have become an increasingly important channel for people to obtain information. (Zhang Cheng / Xinhua)

BEIJING – More than 500 million Chinese now read news on their mobile devices, accounting for over 70 percent of the nation's netizens, according to a report on development of journalism in China.

Social networks and news apps have become increasingly important channels for people to get information, said the report published by the All-China Journalists Association on Wednesday.

In the first half of 2016, internet advertising spending grew by 26.9 percent, 10 percentage points more than the same period in 2015.