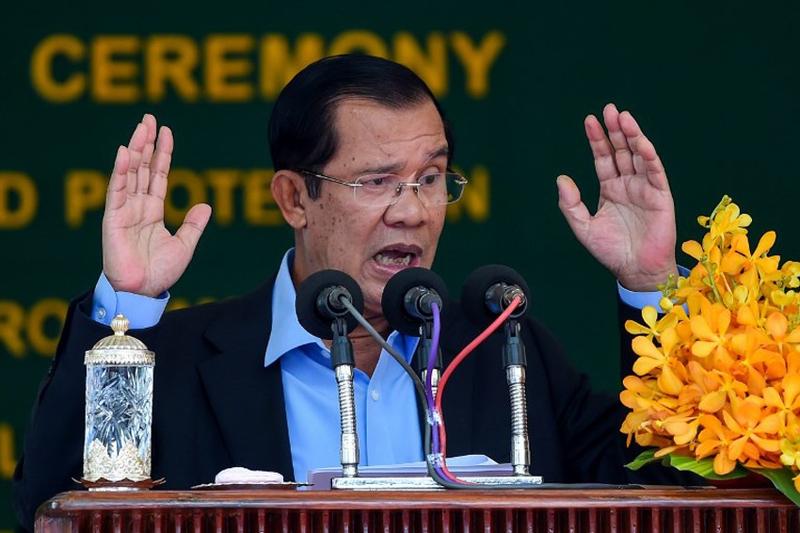 PHNOM PENH – Cambodian Prime Minister Samdech Techo Hun Sen said on Monday that banned former opposition politicians could lose a chance to have their political rights restored if they are still reluctant to request for it.

Some 118 former Cambodia National Rescue Party (CNRP) senior members were barred from politics for five years by the Supreme Court in November 2017 when the court dissolved the party two months following the arrest of its president, Kem Sokha, on "treason" charges.

The door has been opened. Whether you enter or not, it's up to you.

Sokha, 65, is currently on bail at his home in the capital Phnom Penh awaiting trial. If found guilty of committing treason, he can face up to 30 years in prison.

In December last year, the National Assembly amended the Law on Political Parties to allow banned politicians to re-enter politics. Under the legal law, Cambodian King Norodom Sihamoni can pardon banned politicians at the "request of the prime minister."

"The door has been opened. Whether you enter or not, it's up to you," Hun Sen said in a speech during a groundbreaking ceremony for a flood protection project here, referring to the banned politicians.

"I just send you a final message that if you still ignore it, the door can be closed before the Khmer New Year (in mid-April) or after the Khmer New Year. At that time, even though you request for it, I won't take it into consideration," he said.

According to the prime minister, so far, three former CNRP politicians had had their banned political rights lifted. They are former CNRP adviser Kong Korm and his son Kong Bora, a former CNRP lawmaker, as well as former party board member Sim Sovanny.

The Cambodian leader also reiterated that there will be no drop of "treason" charges against Sokha, saying that the former opposition leader is under an ongoing investigation by the court, and a trial will be held after the investigation is concluded.