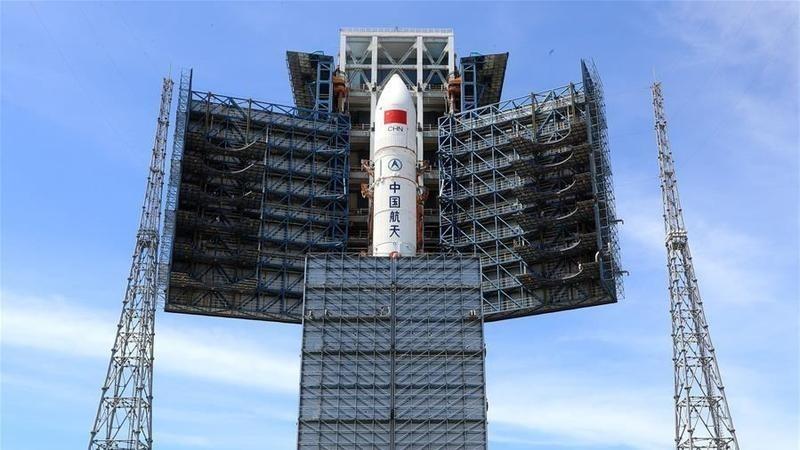 Chinese scientists are designing what is expected to be the world's most powerful rocket, according to a senior researcher.

Li Hong, deputy general manager at China Aerospace Science and Technology Corp, said the Long March 9 super heavy-lift carrier rocket will be capable of lifting 140 metric tons of payload into a low-Earth orbit, or a 50-ton spacecraft to a lunar transfer orbit. The giant rocket will also be able to ferry a 44-ton payload to a Mars transfer orbit, he added.

Long March 9 super heavy-lift carrier rocket will be capable of lifting 140 metric tons of payload into a low-Earth orbit, or a 50-ton spacecraft to a lunar transfer orbit

He made the remarks on Saturday on the sidelines of the ongoing second session of the 13th National Committee of the Chinese People's Political Consultative Conference in Beijing. The researcher is a member of the national political advisory body.

Li also noted that the Long March 9 will have a length of nearly 100 meters and a diameter of 9.5 meters, and will be propelled by a new-generation liquid oxygen / kerosene engine with 500 tons of thrust power.

If the research and development proceed well, the Long March 9 will carry out its first flight around 2030, and then it will enable China to land astronauts on the moon and take humans and probes beyond the moon and into deep space, Li said.

Currently, the world's most powerful rocket is the United States' Falcon Heavy, designed and manufactured by SpaceX. It can transport more than 63 tons of payload to a low-Earth orbit, according to SpaceX.

Historically, the strongest rocket ever built was the US' Saturn V, which helped the US send astronauts to the moon. It had a maximum payload capacity of about 130 tons to a low-Earth orbit.

Designers at the China Academy of Launch Vehicle Technology in Beijing are in charge of Long March 9's overall design. The Academy of Aerospace Propulsion Technology in Xi'an, Shaanxi province, is developing its engines. Engineers at the two academies have been focusing on 12 key technologies since 2016 to be used on the new rockets, when the initial research plan for the colossal machine was approved by the government.

He said engineers are carrying out tests on key parts to be mounted on the rocket.

The company estimates that about 10 Long March 9 rockets will be needed each year from 2030 to 2035 in China to meet the nation's robust demand in heavy-lift rockets at that time, Shang said.