By He Shusi and Luis Liu 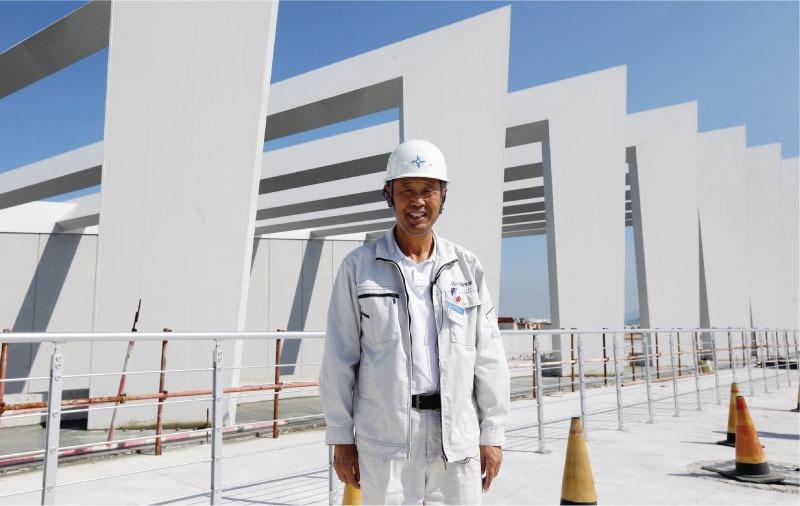 Lin Ming, chief engineer and general manager for the island and tunnel project of the Hong Kong-Zhuhai-Macao Bridge, poses for a photo on Nov 16, 2017. (ROY LIU / CHINA DAILY ASIA WEEKLY)

China’s civil engineering sector should never be satisfied with quantity or scale - it “must earn” global respect through devotion to perfection in every detail, the chief of the most technically sophisticated part of the Hong Kong-Zhuhai-Macao Bridge (HZMB) told China Daily Asia Weekly in an exclusive interview.

With years of development in civil engineering, I can say we are now able to build world-class projects

The project is the culmination of seven years of arduous exploration and innovation by chief engineer Lin Ming and his team. “With years of development in civil engineering, I can say we are now able to build world-class projects,” Lin said.

Lin, also chief engineer of the State-owned enterprise China Communications Construction Co, joined the project in late 2005. After a feasibility study was completed, relevant government departments decided that a tunnel had to be built as a part of this cross-sea bridge.

A bold design was required to make way for major shipping lanes in the Pearl River Delta. A traditional cable-stayed bridge - for which China has mature technology - was ruled out: The bridge towers would be too tall for flights landing at the nearby Hong Kong International Airport.

Also taken into consideration were the complicated geological conditions under the sea. According to the design document for the bridge, the seabed in the Pearl River Delta consists of unstable ooze rather than rocks, and this made a number of traditional options untenable.

Thus an offshore immersed tunnel - a type of tunnel that the country had never tried before - had to be built. Two artificial islands were also planned, to connect the bridge with the tunnel.

Before the HZMB’s 5.7-km immersed tunnel was completed at the end of 2017, only a few offshore immersed tunnels exceeding 3 km had been completed successfully elsewhere - including the Drogden Tunnel in the Oresund Strait between Denmark and Sweden, the Busan-Geoje Fixed Link in South Korea, the Chesapeake Bay Bridge-Tunnel and the San Francisco Yerba Buena Island Tunnel in the US.

As only a few countries like the Netherlands and Japan had mastered key technologies in immersed tunnels, Lin said: “We had been very eager to cooperate with foreign experts.”

However, the expensive consulting fee exceeded Lin’s budget. Thus, innovation became the only way out for him and his team.

During the seven-year struggle, his team not only mastered key technologies on the offshore immersed tunnel, but also made significant improvements and inventions in tunnel structure, the formation of artificial islands and the joining of tunnel elements. And these improvements were all made while meeting the quality standards of a life span to reach 120 years - considered the longest in the bridge industry.

These innovations have contributed to shortening the duration of the project, reducing risks and lowering costs, Lin said. They have also pushed other players in the construction industry to improve.

To build this tunnel weighing millions of tons and lying 45 meters beneath the seabed at the deepest point, Lin’s team manufactured gigantic tailor-made pieces of equipment in cooperation with other Chinese companies. This also forced innovation from the country’s heavy industry. 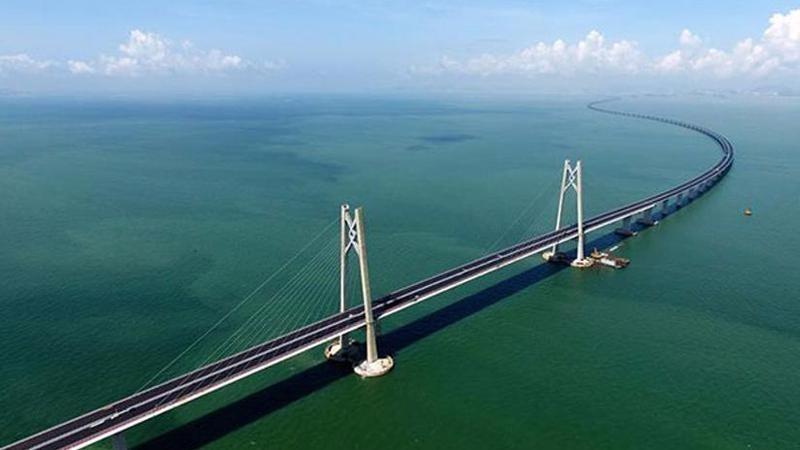 None of these new technologies have come easily, Lin said, recalling the stressful days he spent with 3,000 colleagues on the bridge. “We face tremendous pressure and risks every day. This is a project on which 3,000 people are walking a tightrope.”

However, all the difficulties have been precious, he said. “What we have surmounted in this challenge had tested the nation’s power and capability to innovate.”

The island-tunnel project has become Lin’s most satisfactory achievement and a trophy for his seven years of exploration and innovation.

Though proud of what his team has achieved, Lin admitted there is still a gap between Chinese engineering and that of leading countries. It can only be mended through constant innovation and more attention to detail and perfection.

“You have to see it in a rational way … It’s about the advancement in your craft, method, process, wisdom, and whether the polish on details is serious-minded after major works.

“Innovation is also a kind of technology. Now China has entered an era in which it needs to innovate and is capable,” Lin said.

He believes innovation is “extremely important” in realizing the Chinese Dream. “So we are innovating as much as we can in the island and tunnel project.”

Further opening-up and exchange are also vital. Despite the considerable amount of innovation on key technologies, Lin also gave credit to every foreign expert who contributed to the project. He said he learned a lot whenever he exchanged ideas with such experts.

He believes engineering technology is not limited or restricted by nationality. “It’s more about taking reference and exchange with each other … Whether you admit it or not, you are standing on others’ shoulders,” Lin said.

Lin hailed China’s achievements in civil engineering over the 40 years of reform and opening-up. However, he said, there are still some people in the international engineering community who do not hold “Built by China” in the highest regard.

“Foreign experts are fastidious as to whether your product bears enough advanced technology. It’s about your attitude toward details and whether your product is user-friendly and convenient,” he said, adding that his team has made great efforts in attention to detail. “Every brick needs to be the finest.”

At the same time, more exchange and communication will help foreign countries understand and recognize China’s development by leaps and bounds.

“By further opening up, we can let other countries understand our level of development, seeing what we can do and how we are doing it,” Lin said.

READ MORE: Stories you may not know about the HZMB

Gaining their trust is not possible without opening up, he said.

“We have an ingrained cultural barrier with foreign countries that we have to break through. Otherwise, it will become a bottleneck in moving forward the Belt and Road Initiative.”

Lin urged people not to worry about how the West will look at China once it has opened up. “If you do things right, there’s nothing to worry about,” he said.

“As time goes by, I believe we will be as good as advanced countries (in civil engineering), and that’s when we make our foray into the international market.”