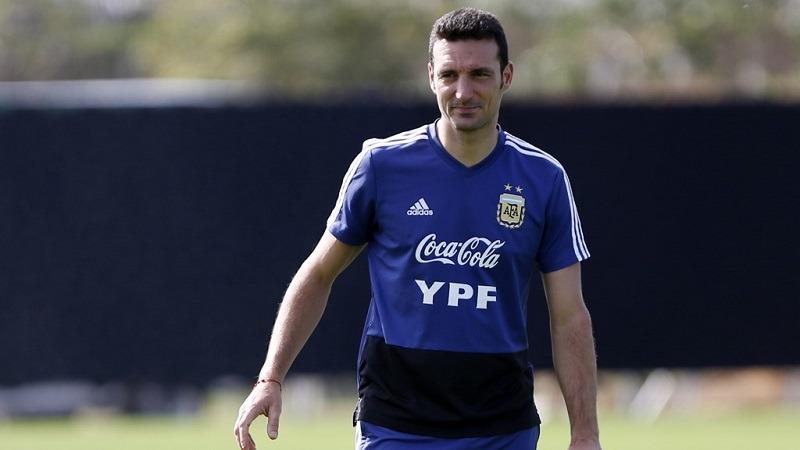 BUENOS AIRES - Argentina head coach Lionel Scaloni has called up seven uncapped players for friendlies against Chile and Mexico in the United States next month as he revamps his squad ahead of the 2022 World Cup qualifiers.

There was no place on the 27-man list for Manchester City striker Sergio Aguero and Paris Saint-Germain winger Angle Di Maria. Captain and talismanic forward Lionel Messi was also missing because of suspension.

Central defender Marcos Rojo, who was absent from Argentina's 2019 Copa America squad, earned a recall despite his limited opportunities for Manchester United.

The fixtures will be the Albiceleste's first outings since they defeated Chile 2-1 in the Copa America third-place playoff in Sao Paulo, Brazil, on July 6.

Following is the Argentina squad: