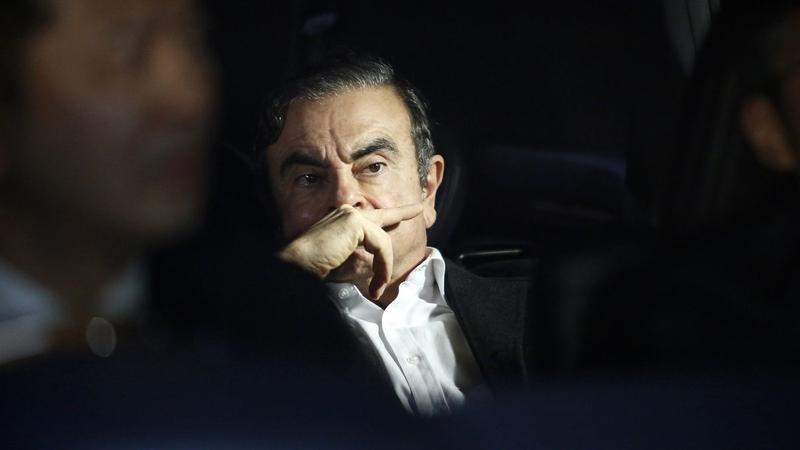 TOKYO —Tokyo prosecutors are considering bringing another criminal charge against former Nissan Motor Co Chairman Carlos Ghosn over suspected payments made by the automaker to a dealer in Oman, local media reported Wednesday.

Citing informed sources, Japan's public broadcaster NHK said that prosecutors suspect a sum exceeding 34 million US dollars was transferred to a Nissan dealership in Oman, which was operated for seven years by an acquaintance of Ghosn's until last year.

Prosecutors suspect a sum exceeding 34 million US dollars was transferred to a Nissan dealership in Oman, which was operated for seven years by an acquaintance of Ghosn's until last year

The fresh allegations suggested that Ghosn may have made the payments from a CEO reserve fund that the ex-auto tycoon had discretion over under the pretense of sales incentives from Nissan.

Sources have said that the money was then transferred from a private bank account opened in Lebanon by the Omani dealer, funneled through an investment firm run by the Omani and sent to a company account belonging to family member of Ghosn.

The funds are suspected by prosecutors thereafter of being used, at least in part, to purchase a 1.6 billion yen (US$14.35 million) luxury yacht for use by Ghosn's family and others, the sources said.

They added that a special investigation team from the Tokyo District Public Prosecutors' Office is consulting with the Supreme Public Prosecutors Office as to whether to indict Ghosn again for aggravated breach of trust.

Ghosn's defense team, however, maintains that the money transferred to Oman was made at the request of his subordinates and was a permissible payment made to the dealer for his many years of service.

His team has also said that the purchase of the multi-million dollar yacht has noting to do with Nissan.