Economics of climate change win Nobel Prize for US duo 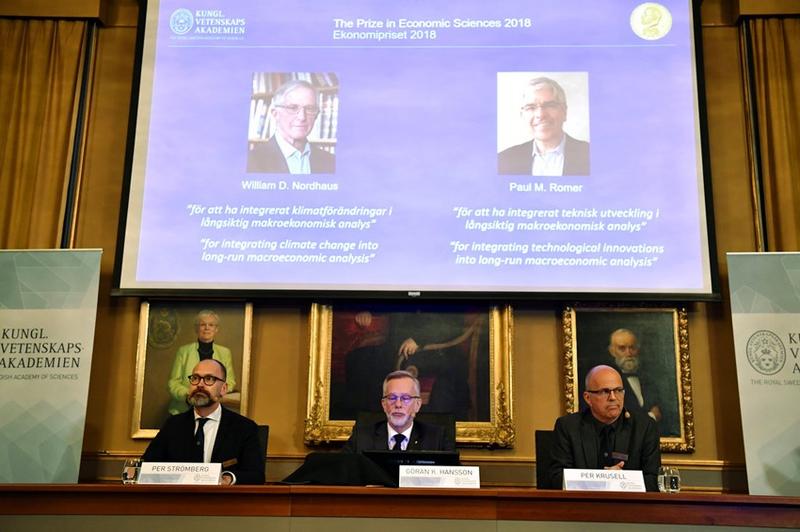 The laureates of the Nobel Prize in Economics are displayed on the screen – William Nordhaus, left, and Paul Romer – during a press conference at the Royal Swedish Academy of Sciences in Stockholm, Oct 8, 2018. (HENRIK MONTGOMERY/TT VIA AP)

In an award that turned the spotlight on the global debate over risks associated with climate change, the Royal Swedish Academy of Sciences said the laureates' work helped answer fundamental questions on how to promote long-term sustainable growth and enhance human welfare.

"I got two phone calls this morning, and I didn't answer either one because I thought it was some spam call, so I wasn't expecting the prize," he said, while welcoming the 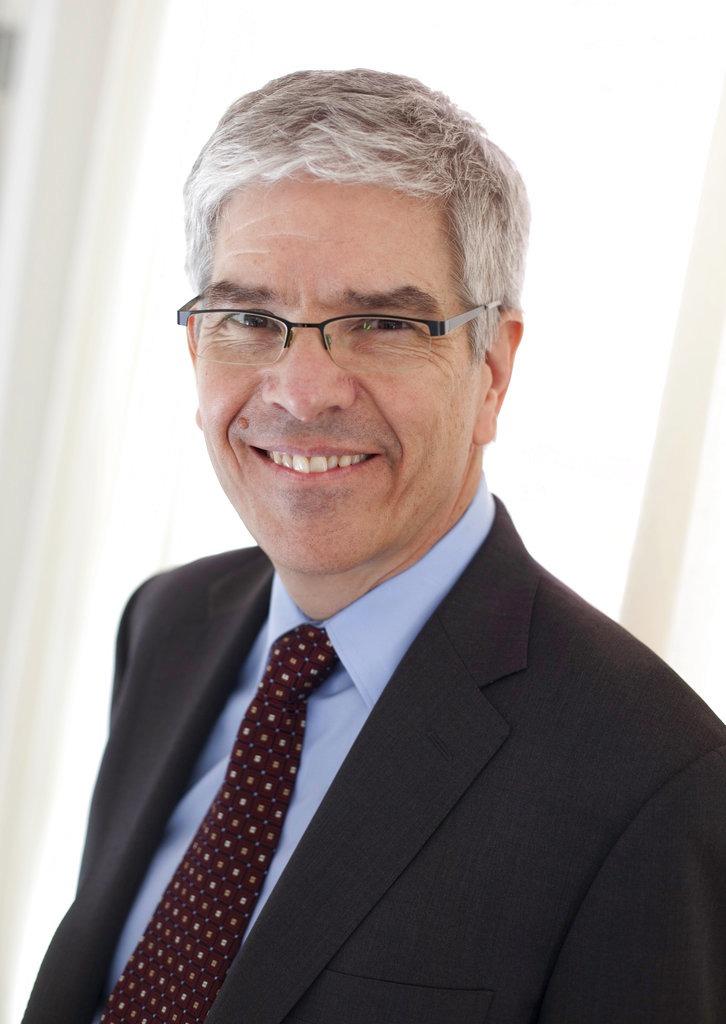 chance to expand on his theory.

"I think ... many people think that protecting he environment will be so costly and so hard that they just want to ignore (this)...," he told a news conference via phone link.

"(But) we can absolutely make substantial progress protecting the environment and do it without giving up the chance to sustain growth."

Romer, of New York University's Stern School of Business, had shown how economic forces govern the willingness of firms to produce new ideas and innovations, laying the foundations for a new model for development, known as endogenous growth theory.

Nordhaus, of Yale University, was the first person to create a quantitative model that described the interplay between the economy and the climate.

"Their findings have significantly broadened the scope of economic analysis by constructing models that explain how the market economy interacts with nature and knowledge," the academy said in statement.

Hours before the award, the United Nations panel on climate changed warned of the risks of more frequent heat waves, floods and drought in some regions as well as the loss of species without a radical rethink in how societies operate.

Monday's award of the last of the 2018 Nobels also took place less than a month after the 10th anniversary of the collapse of investment bank Lehman Brothers.

That triggered an economic crisis from which the world's financial system is arguably still recovering.

Worth 9 million Swedish crowns (US$1 million), the economics prize was established in 1968. It was not part of the original group of five awards set out in Swedish industrialist Alfred Nobel's 1895 will.

"This year's Laureates do not deliver conclusive answers, but their findings have brought us considerably closer to answering the question of how we can achieve sustained and sustainable global economic growth," the Academy said.

Romer's career has also taken him outside the academic world. While on leave from the Stern School, he served as chief economist and senior vice president at the World Bank until early this year.

Nordhaus, whose research has included economic history, is also known to have authored a study that before the US-led invasion of Iraq predicted that costs for a war would reach as high as US$2 trillion.

Ten years after the financial crisis erupted, interest rates remain at or close to record lows in many major economies including Sweden, where they have languished below zero since early 2015.

The Nobel prizes for physiology or medicine, physics, chemistry and peace were awarded last week.

Proceedings have been overshadowed by the absence of the literature prize, postponed to give the Swedish Academy time to restore public trust after a sexual assault scandal.