Hasina sworn in for 3rd straight term as Bangladesh PM 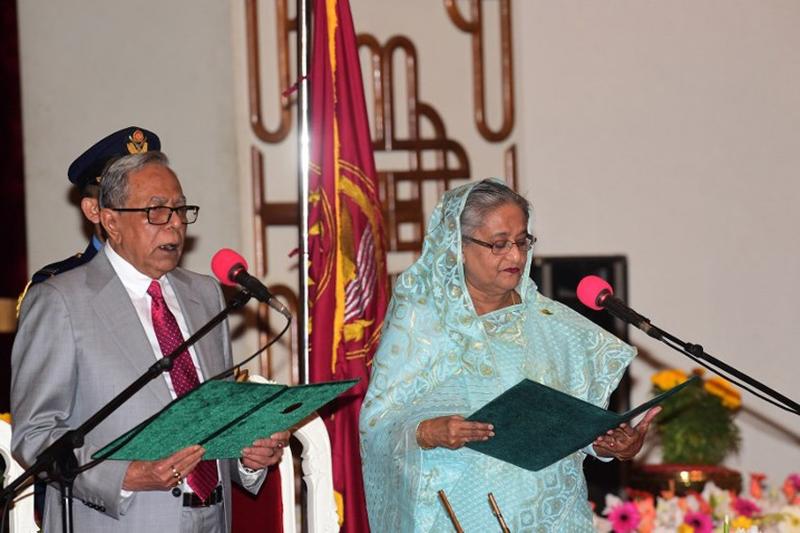 Hasina took the oath of office about a week after her ruling Bangladesh Awami League party won a landslide victory in the national election marred by violence.

President Abdul Hamid also swore in 24 cabinet ministers, 19 ministers of state and three deputy ministers at the ceremony at the presidential residence in Dhaka.

Hasina's Awami League now forms its government for straight third five-year term in a row since January 2009 after ruling the country in 1996-2001.

The election was held in free, fair and peaceful manner with the participation of all parties, said Jahangir Kabir Nanak, Joint General Secretary of Bangladesh Awami League.