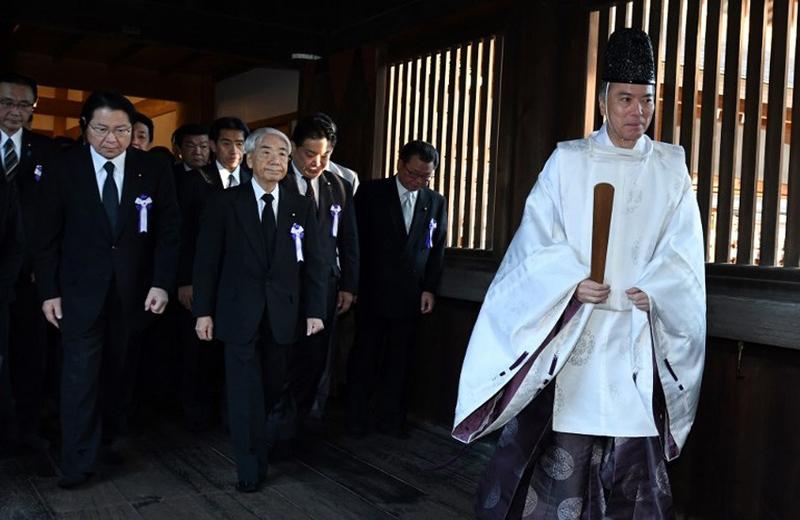 A Shinto priest, right, leads Japanese lawmakers visiting Yasukuni shrine in Tokyo on Dec 5, 2017. Dozens of Japanese parliament members made a pilgrimage to the controversial war shrine, which is seen as a symbol of Japan’s militaristic past. (KAZUHIRO NOGI / AFP)

TOKYO – Some 60 lawmakers from a non-partisan group led by Hidehisa Otsuji, a former vice president of the House of Councillors, visited the notorious war-linked Yasukuni Shrine in Tokyo on Tuesday.

The group, with members from both the ruling and opposition parties, visits the war-linked shrine on multiple occasions every year, including the shrine's spring and autumn festivals, and Aug 15, the anniversary of Japan's surrender in World War II.

The group did not visit the shrine during the autumn festival in October this year as it coincided with the campaigning period of the general election, and therefore they visited it on Tuesday, according to Otsuji.

Yasukuni Shrine honors 14 Class-A convicted war criminals among 2.5 million Japanese war dead from World War II and has long been regarded as a symbol of the past Japanese militarism. 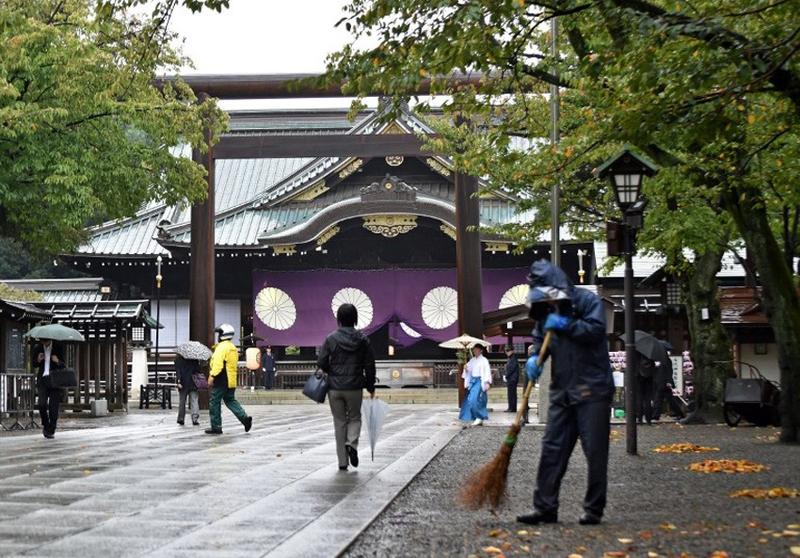 Visits to the infamous shrine by Japanese leaders and officials have sparked strong criticism from China, South Korea, and other countries in Asia.