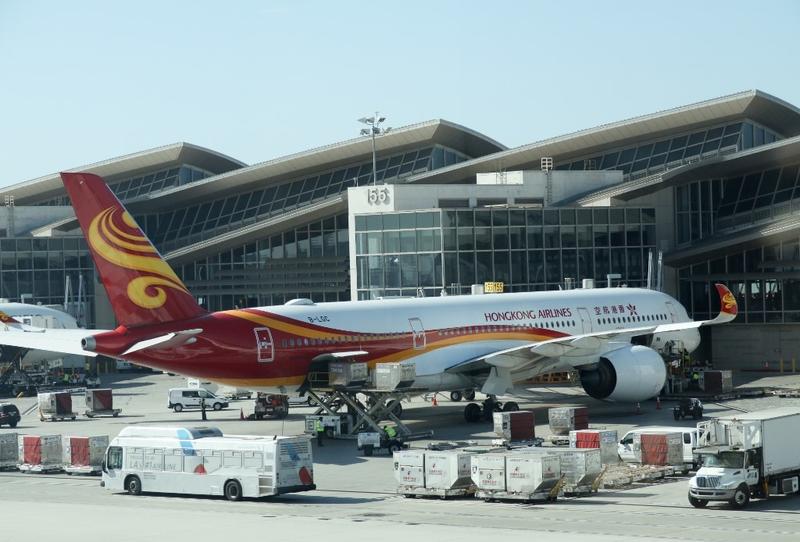 Hong Kong Airlines Ltd averted becoming the first carrier to collapse in the city in more than a decade after the local licensing authority said it won’t take further action against the embattled company on certain conditions.

To keep its license, the airline must ensure it has a cash injection at a level determined by Air Transport Licensing Authority, known as ATLA, or provide an alternative to the satisfaction of the regulator by a stipulated deadline, the agency said Saturday in a statement.

The decision allows the airline to keep flying and avoid stranding passengers the way Thomas Cook Group Plc did with more than 150,000 tourists when it collapsed in late September

The company also needs to raise and maintain its cash and cash equivalent level as required by the authority.

The decision allows the airline to keep flying and avoid stranding passengers the way Thomas Cook Group Plc did with more than 150,000 tourists when it collapsed in late September. Still, the carrier continues to face headwinds, not least from the anti-government protests that have severely impacted its business as travelers steer clear of recession-hit Hong Kong.

The city’s Transport and Housing Bureau and Civil Aviation Department both said in statements Saturday that they agreed with ATLA’s decision not to take further action against the airline. The bureau reminded Hong Kong Airlines that it should remain alert and advise the public in a timely manner of any situation that could affect the interests of the public and passengers, and should also take care of its employees’ interests in accordance with applicable laws.

Hong Kong Airlines, backed by Chinese conglomerate HNA Group Co, was struggling even before anti-government protests flared in the city six months ago. Authorities made repeated requests for the airline to provide details on its financial situation following changes to its board of directors last year and reports of business difficulties.

An economic slowdown didn’t help, and then the impact of the protests left the 13-year-old airline too weak to survive an inevitable downturn that has hit peers across Asia, from Cathay Pacific Airways Ltd. to Qantas Airways Ltd. and Cebu Air Inc. While Hong Kong Airlines isn’t listed and doesn’t disclose its financial details, Cathay has warned its results will worsen significantly.

The aviation sector has been a prominent casualty during the unrest, particularly when protests spread to the airport in August and temporarily paralyzed operations there. Retail, tourism and many other industries have also taken a hit.

In terms of state aid, Hong Kong’s Financial Secretary Paul Chan Mo-po has said that the government was looking into reducing fees and charges for the aviation industry, though he didn’t mention Hong Kong Airlines specifically. More broadly, Hong Kong Chief Executive Carrie Lam Cheng Yuet-ngor has pledged new moves to prop up the economy after a warning that the city was on course for its first budget deficit since the early 2000s.

On Wednesday, Hong Kong Airlines said it had drawn up an initial plan for a cash injection and would pay deferred salaries on Dec 5. It said services would gradually return to normal when the funds arrived, though it didn’t say where the money was coming from.

As its crisis escalated, Hong Kong Airlines said it was unable to pay all of its staff and announced more route cancellations, including to Vancouver and Ho Chi Minh City. It also stopped providing in-flight entertainment from the start of December. Concerned about deteriorating finances, ATLA on Dec 2 gave the company just five days to raise more cash or risk losing its license.

Hong Kong Airlines ranked 24th out of 100 in the SkyTrax 2019 World Airline awards and its jets have been flying as far as North America and Australia using a fleet of 39 Airbus SE planes. With cheaper fares than Cathay, the carrier’s troubles have revived memories of Oasis Hong Kong Airlines, which went bust in 2008 after less than two years operating as a lower-cost, long haul carrier.

Hong Kong Airlines’ woes highlight the travel industry’s vulnerable position amid the protests. In October, arrivals from mainland tumbled a record 46 percent, while visitors to Hong Kong fell 44 percent overall. Cathay’s shares are trading near the lowest in a decade.