White House: Trump to speak by phone with Putin 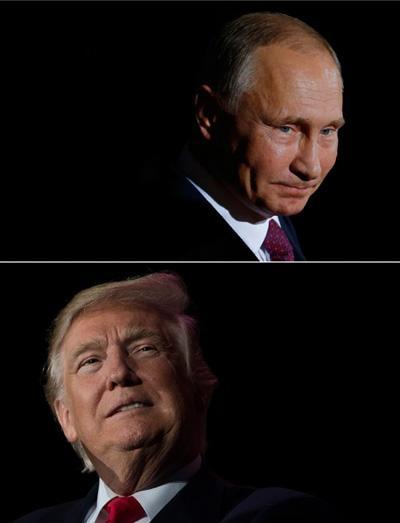 WASHINGTON - US President Donald Trump will speak by telephone with Russian President Vladimir Putin on Tuesday at 1630 GMT, the White House said on Monday night.

A senior Trump administration official said the two leaders would likely discuss the civil war in Syria, where Moscow backs the government of Bashar al-Assad and the United States supports rebels trying to overthrow him.

Trump ordered an air strike on a Syrian air base last month in retaliation for a deadly poison gas attack on civilians he blamed on Assad's government.

Russia denied the Syrian government was responsible for the sarin attack, which killed 90 people.

After the US strike, Syrian state TV called the assault an "aggression" and both Russia and Syria had denied that the Syrian government launched the chemical weapons attack.

The Russian government also condemned the US strike against the Syrian government as "aggression against a sovereign state in violation of international law."

After the incident, Trump told reporters last month that the US is "not getting along with Russia at all" and the relations between the two countries "may be at an all-time low."