Hospital Authority gears up to deal with flu 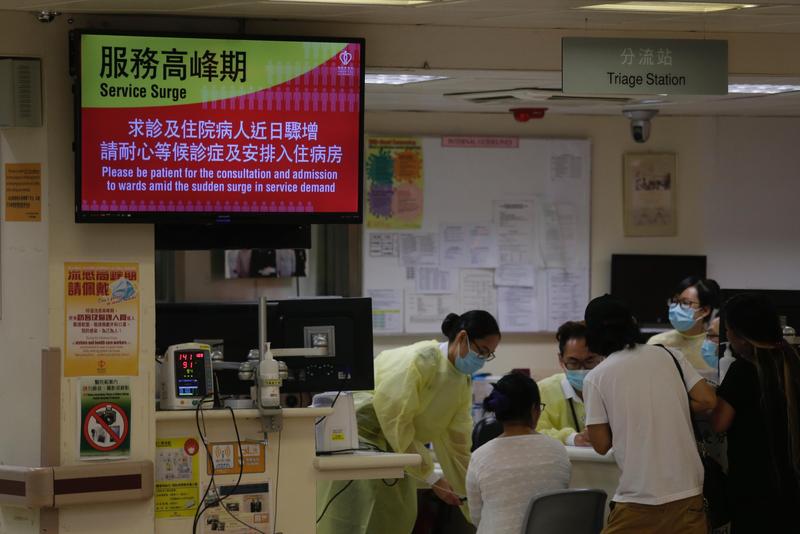 HONG KONG - The Hospital Authority has set aside an additional 700 hospital beds, with 400 of them already in service, as part of contingency measures to deal with an anticipated surge in flu cases over the next six months.

Based on past experience, influenza cases are likely to spread after the Winter Solstice Festival

“The city has entered the winter flu season and, based on past experience, influenza cases are likely to spread after the Winter Solstice Festival,” said Ian Cheung, chief manager (cluster performance) at the HA.

According to Cheung, the average number of people admitted to wards in public hospitals for respiratory ailments in the past three days had topped 1,000, indicating the onset of the winter epidemic.

The HA will also increase its manpower, with an extra 100 doctors and 800 nurses due to be recruited to cope with the situation.

A special honorarium scheme for overtime work will be implemented to help soften the pressure on healthcare staff, said Li Kai-ming, chairman of the HA’s Central Coordinating Committee.

Noting that elderly people have accounted for up to 70 percent of the patients admitted recently to the Accident and Emergency departments, he said more geriatric support will be given to these departments.

Li urged the public to be highly vigilant against flu by keeping themselves warm and taking meals that are rich in carbohydrates to stave off hypothermia.

Family members or relatives should ensure that elderly people living alone take proper precautions to protect themselves from the cold.