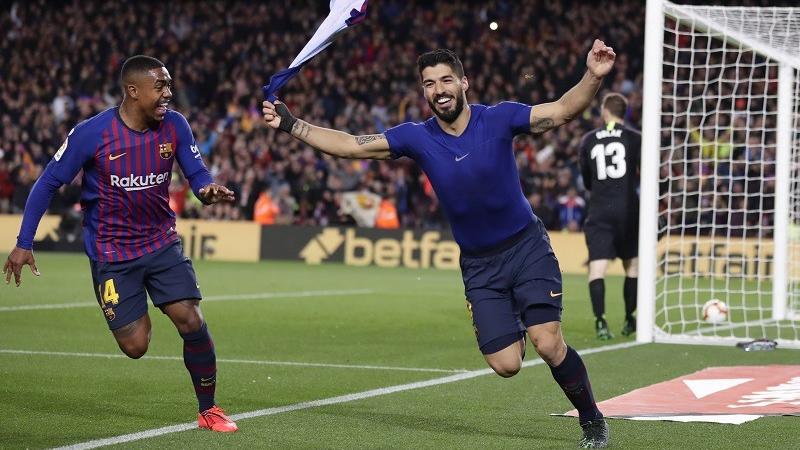 Barcelona forward Luis Suarez, right, waves with his shirt as he celebrates with Barcelona forward Malcom, left, after he scored his side's first goal during a Spanish La Liga soccer match between FC Barcelona and Atletico Madrid at the Camp Nou stadium in Barcelona, Spain, April 6, 2019. (MANU FERNANDEZ / AP PHOTO)

MADRID - The destination of this season's Liga Santander title was all but decided this weekend when league leaders FC Barcelona beat second place Atletico Madrid 2-0 in the Camp Nou on Saturday night.

Late goals from Luis Suarez and Leo Messi in the 85th and 86th minute gave Barca the win which put them 11 points clear at the top of the table after 10-man Atletico made them suffer for much of the game.

Atletico's task was made much harder when Diego Costa was shown a direct red card with around an hour left to play for insulting referee Gil Manzano.

Despite being a man down, Atletico defended excellently and even looked like they might take the game to Barca, who were frustrated time and again by Atletico keeper Jan Oblak, before Suarez finally got the decisive breakthrough.

Real Madrid claimed their third win in four games since Zinedine Zidane returned as coach, but they failed to impress in a narrow 2-1 win at home to Eibar.

The Basque side were the better team in the first half and could have been more than one goal ahead if they had taken all of their chances. A 39th minute goal from Barcelona loanee Marc Cardona gave them the lead at the break, before an injury to central defender Ivan Ramis weakened Eibar's defense shortly after the break.

Karim Benzema took advantage of Ramis' absence to score two headers to give Real Madrid a win which does little to answer questions over which players will earn a place at the club next season. 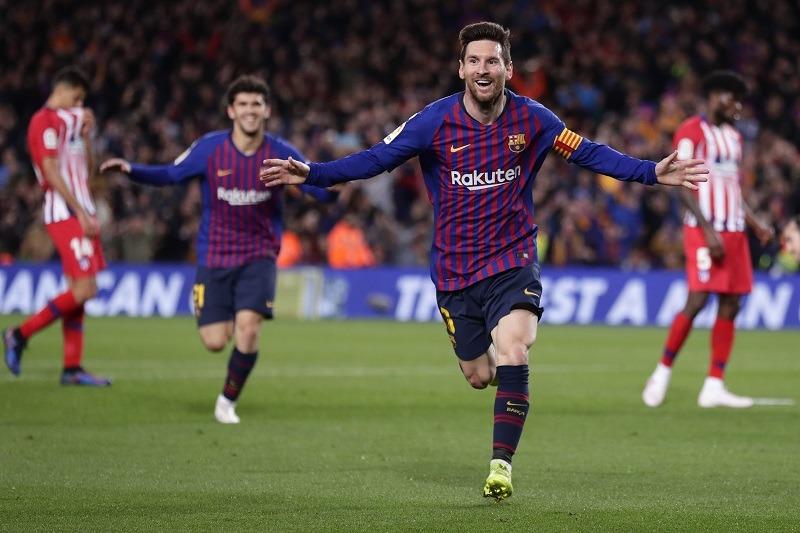 Second from bottom Rayo Vallecano caused a surprise when they won 2-0 at home to fifth placed Valencia 2-0 to end Valencia's 17-game unbeaten run in all competitions and keep their own hopes of avoiding relegation alive, while denting Valencia's hopes of a top-four finish.

Alaves continue to drop points in the run in to the end of the season as they were held 1-1 at home to Leganes.

Jonathan Calleri opened the scoring for the home side from the penalty spot in the 18th minute, but Leganes' second injury time goal in less than a week earned them a point when Jonathan Silva netted in the 93rd minute of the game.

Iago Apsas scored another two goals to lift Celta Vigo out of the bottom three thanks to a 3-1 win at home to Real Sociedad. 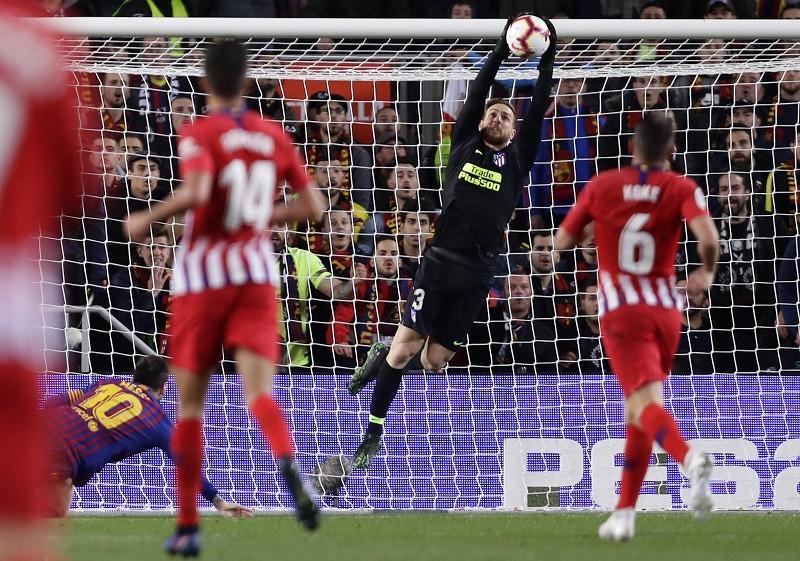 Aspas has scored six goals in the last week to help his side to seven vital points to give them a chance of survival. Celta's survival chances were helped when Real Sociedad striker Willian Jose was sent off for aggression shortly after Aspas' equalizer from the penalty spot.

Levante and Huesca drew 2-2 in a result which does little to help Huesca climb off the bottom of the table, or Levante put space between themselves and the bottom three.

Roque Mesa and Munir El Haddadi scored goals in the last six minutes to give Sevilla a 2-0 win away to Valladolid, although the news was spoiled by Sevlilla coach Joaquin Capaross' announcement that he is suffering from Leukemia.

Giovani Lo Celso scored twice as Betis beat Villarreal 2-1 - a result which sees Villarreal drop back into the relegation zone.

Chinese striker Wu Lei played for 76 minutes in Espanyol's 2-1 away win over Girona. Both of Espanyol's goals came through midfielder Sergi Darder, who scored in the 59th minute and sealed the win in the 89th minute with a shot that rebounded into the net off Girona keeper Bono.