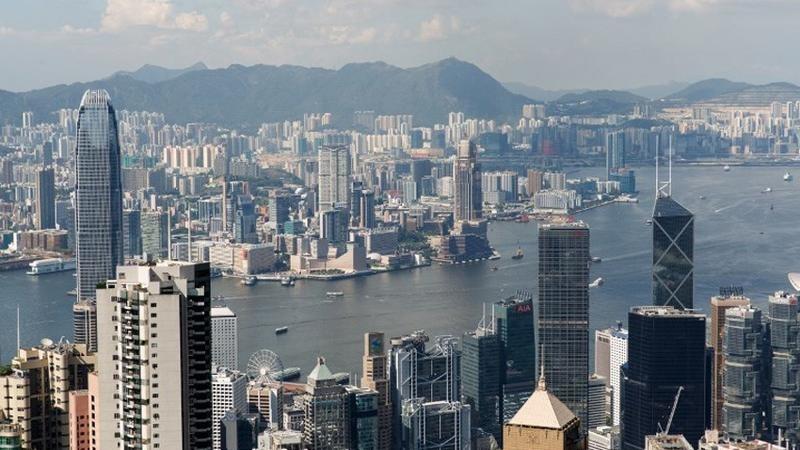 This June 22, 2016 photo shows a general view of Victoria Harbour and the Hong Kong skyline from the Peak. (ANTHONY WALLACE / AFP)

Hong Kong’s securities regulator froze the assets of an unnamed chairman of a public company on suspicion of fraud totaling US$1.3 billion.

The person may have conducted two suspicious transactions to make significant profits, the Securities and Futures Commission said in a statement dated Sept 17 but published to the city’s official Gazette on Friday. It did not name the company or person it suspects of being involved in the alleged fraudulent transactions.

The company has purportedly lost contact with the chairman, the SFC said

The company has purportedly lost contact with the chairman, the SFC said, adding that recent news reports appear to indicate that the person may be abroad or under investigation in the Chinese mainland as a suspect in corruption case.

The SFC said it has ordered Kingston Securities Ltd, Satinu Markets Ltd and HSBC Broking Securities (Asia) Ltd to stop any dealings with the person’s accounts. The person has securities and cash at the brokerages with an estimated value totaling HK$4.64 billion, the SFC said. Kingston Securities’ parent Kingston Financial Group Ltd dropped as much as 7.7 percent in Hong Kong on Tuesday.

A spokesman for the SFC declined to comment beyond the statement. The amount ordered for freezing is the largest ever for the city, according to activist investor David Webb.

While incidents such as missing bosses may make investors more cautious about the Hong Kong market, "you cannot prevent cases like these," said Alex Wong, Hong Kong-based director of asset management at Ample Capital Ltd.