By Low Shi Ping in Singapore 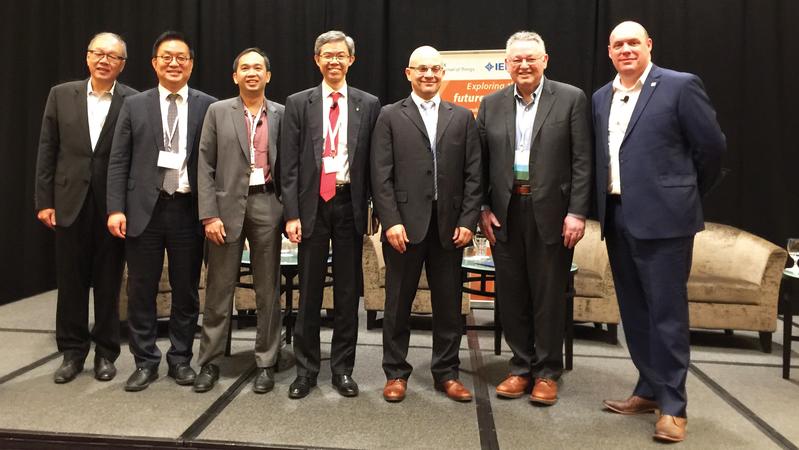 Speakers at the IEEE 4th World Forum on Internet of Things emphasized that the technology is a means to improve and advance the lives of people and society. (PHOTO PROVIDED TO CHINA DAILY ASIA WEEKLY)

It is about the people: This was the clear message from the IEEE 4th World Forum on Internet of Things (IoT).

IEEE, which stands for the Institute of Electrical and Electronics Engineers, is the world’s largest technical professional organization “dedicated to advancing technology for the benefit of humanity”.

The Internet of Things refers to devices connected to a network, enabling them to collect and share data. Household objects like thermostats, light switches, washing machines and refrigerators can all be connected via Wi-Fi and controlled remotely.

Given the ubiquity of the technology, IEEE limited the scope of the discussions to a set of vertical and topical area tracks relevant to the Asia-Pacific region, and also to ensure the focus of the dialogue.

Despite the temptation to get swept away by the intricacies of how IoT affects various subject areas, each speaker carefully emphasized that the technology is merely a means to improve and advance the lives of people and society.

“We should call it the ‘Internet of Everything’ because it needs to include people,” said Jorge Guajardo Merchan, a principal scientist and manager of the security and privacy group at the Robert Bosch Research and Technology Center, North America.

Joel Myers, CEO of Ireland-based Domila, took IoT a step further by calling it the “Internet of People”, noting that “technology should help us in our daily lives, and ensure we grow”.

“IoT is something that will develop in the next 10 to 20 years and will have tremendous impact on almost every industry you can think of,” said Adam Drobot, general chair of the organizing committee of the forum.

“Remember the 100 km traffic jam that took place in (North) China in Hebei and Inner Mongolia back in 2010? If IoT had been applied, none of that would have happened,” Drobot said.

“It will not come as a surprise that a lot of the tech companies have research offices in China. The country is leading, especially in the field of artificial intelligence.” 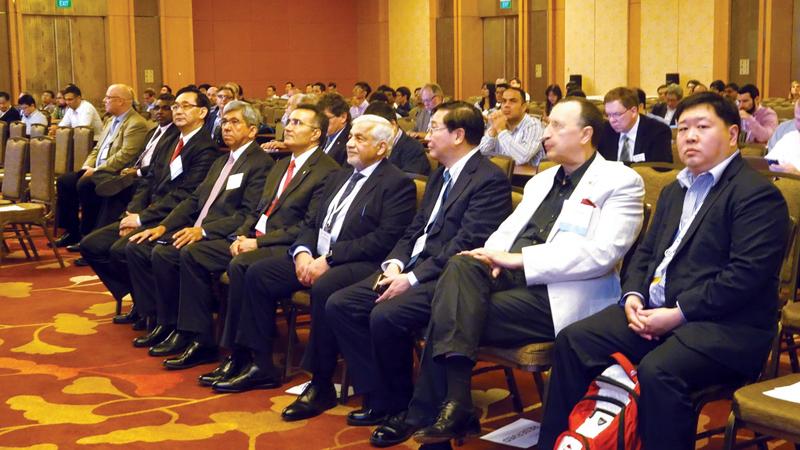 Smart nations and cities was a theme of the forum, which was held in Singapore from Feb 5-8. (PHOTO PROVIDED TO CHINA DAILY ASIA WEEKLY)

It is estimated that by 2020, more than 50 billion devices will be connected through IoT.

“This is not a thought experiment,” said Merchan from the Robert Bosch Research and Technology Center. “It is happening already.”

Indeed, the retail, telecommunications and entertainment industries have been the first to feel its impact. Increasingly taking the IoT spotlight is the automotive sector, with the concept of autonomous cars.

Next in line, in what General Electric’s Bill Ruh likens to the domino effect, is the industrial sector. As CEO for GE Digital and chief digital officer for GE, Ruh said that in the next 10 years the company will need to rethink its business model and, at the same time, witness a new renaissance.

“Zero unscheduled downtime are the three sexiest words in the industrial world. Harnessing IoT can help to ensure this happens and transform your business,” he said.

There is a caveat though: The effective communication of its benefits. This is something that is still not being done well.

“At the end of the day, IoT is mastery of asset performance, leading to mastery of operational performance,” explained Ruh. “We ask our clients: Do you want to sweat your asset more and figure out how to get more out of your systems? They all say yes. IoT is just the enabler.”

But, security remains an issue. Hacking, spying and malware are just some concerns that technologies like IoT raise.

He said the world is at the digital crossroads of cyber, physical, IT and operational technology. “Security systems must be interoperable between different organizations. A holistic approach is required,” he said.

Speaking within the context of smart nations and cities, which was a theme of the forum, Woo elaborated on the four basic principles of any security framework.

“Be secure by default; have rigor in your defense; be accountable; and be resilient in your approach. Your goal is to make it so watertight that no attack can bring you to your knees.”

The decision to make smart nations and cities a theme of the forum was no coincidence either.

It dovetails with the venue and recognizes Singapore’s leading efforts in the area, for which IoT is an important component.

Sharing the country’s progress in this area was Yaacob Ibrahim, Singapore’s minister for communications and information as well as cybersecurity at the prime minister’s office.

The initiatives include support for the aging population, such as installing sensors to monitor the elderly at home, and pushing the envelope of public transport through the introduction of autonomous buses in selected housing estates.

At a policy and regulatory level, the public sector is mindful of its role in ensuring a smart city serves the citizens, according to Tan Kok Yam, deputy secretary for Singapore’s Smart Nation and digital government in the prime minister’s office.

“On a second level, we look at how public services (can) serve citizens better in the digital realm,” said Tan. “On a third level, we think about how to be an inspiring and creative city, such as to attract startups.”

The private sector too has a part to play, said Yasser Helmy, head of smart cities sales and business development for network equipment maker Cisco in Asia Pacific and Japan.

“We provide a platform to collect data for analysis, distribution and prediction of trends. But this cannot be done in a silo. That is where the public sector can come in — to break the silo and create the vision and metrics for the smart city.”

Pointing to the concept of a public-private partnership, Helmy said it should have a fourth ‘p’ — people, “because that is who all this is for”.

Undoubtedly, the issues surrounding IoT are complicated and layered, but the benefits are manifold. More importantly, the people-centric focus is reassuring as it is on the right track.

Adam Beck, founding executive director of Smart Cities Council Australia New Zealand, summed it up succinctly when he said: “IoT does not work unless we capture the hearts and minds of the community.”