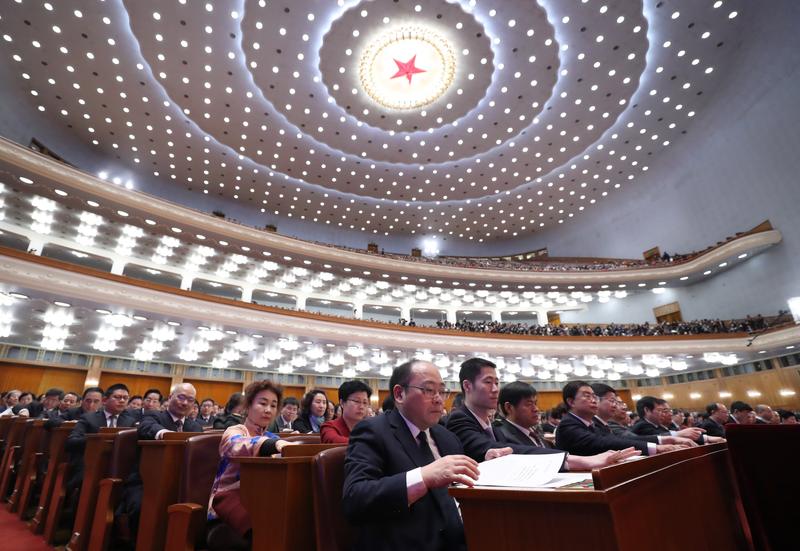 The 13th session of the National Committee of the Chinese People's Political Consultative Conference (CPPCC) winds down at the Great Hall of the People in Beijing on March 15, 2018. (PANG XINGLEI / XINHUA)

"Taking a clear political stand is an essential feature of the Chinese People's Political Consultative Conference (CPPCC)," said Wang Yang, newly-elected chairman of the 13th CPPCC National Committee, when addressing the closing of the session.

The CPC leadership is a fundamental political guarantee for the development of the CPPCC and a basic political principle that the advisory body must observe in the new era, Wang said.

Wang asked political advisors to uphold the CPC leadership, take Xi Jinping Thought on Socialism with Chinese Characteristics for a New Era as the guiding principle for the work of the CPPCC, perform their duties for the people, improve their consultation competence, and act within the boundaries of the Constitution and laws.

A resolution on an amendment to the CPPCC Charter was passed at the meeting in a move widely believed by observers as representing an important chapter in the development of democracy in China.

Xi's thought was incorporated into the amendment as a guiding theory of the CPPCC.

The definition of the CPPCC's nature and tasks was enriched, and the idea of "socialist consultative democracy" was written into the charter.

This was the fourth amendment to the CPPCC charter since it was adopted in 1982.

The CPPCC is an important organ for multiparty cooperation and political consultation led by the CPC, which has been described as "a new type of party system growing from China's soil." 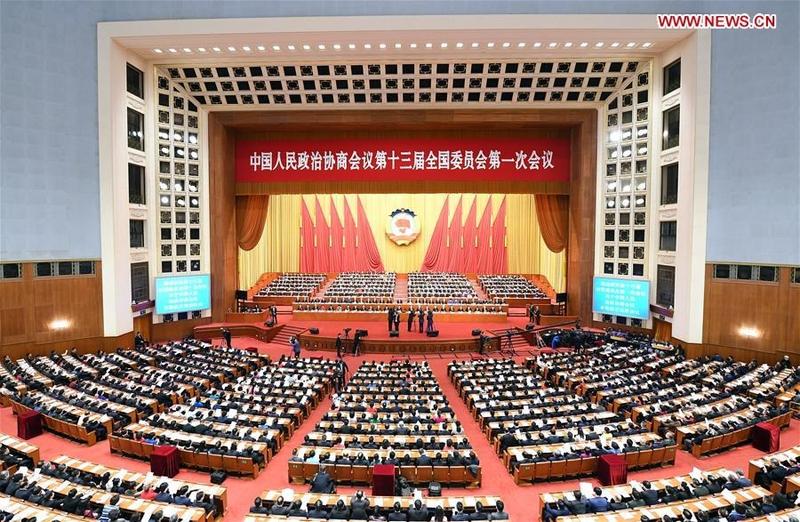 The closing meeting of the first session of the 13th National Committee of the Chinese People's Political Consultative Conference (CPPCC) is held at the Great Hall of the People in Beijing, capital of China, March 15, 2018. (YAN YAN / XINHUA)

As a distinctively Chinese political institution, it is a major channel for socialist consultative democracy.

As of 5 pm on March 9, political advisors had submitted 5,360 proposals since the session started on March 3, ranging from strengthening overall CPC leadership, the "three critical battles" against major risks, poverty, and pollution, to high-quality development.

A resolution on a work report of the Standing Committee of the 12th CPPCC National Committee, a report on the examination of proposals, and a political resolution on the annual session were also approved at the closing meeting.

It called on political advisors to rally Chinese people from all parties, social and ethnic groups, strata and sectors to strive for the achievement of goals and tasks set at the 19th CPC National Congress in October.

Xi and other Chinese leaders took group photos with political advisors after the meeting.