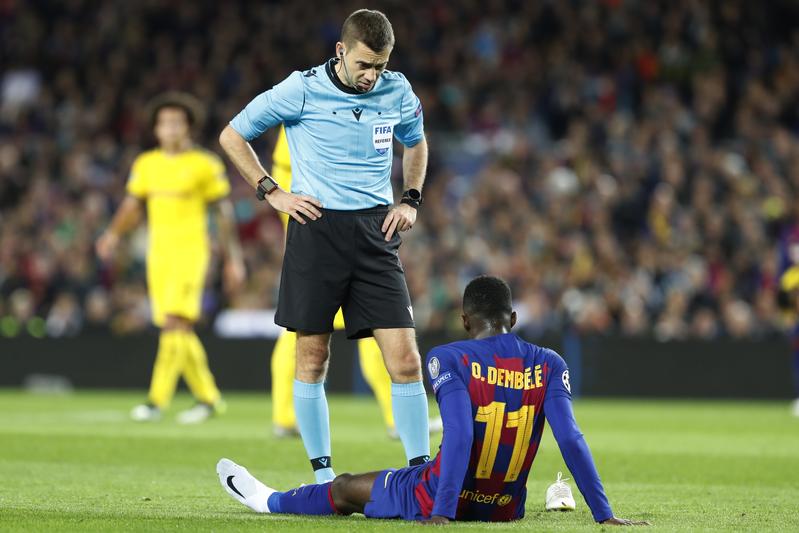 The referee speaks with Barcelona's Ousmane Dembele who had to be substituted after getting injured during a Champions League soccer match Group F between Barcelona and Dortmund at the Camp Nou stadium in Barcelona, Spain, Nov 27, 2019. (JOAN MONFORT / AP)

BARCELONA, Spain — Barcelona says Ousmane Dembele will be sidelined for around 10 weeks after team doctors diagnosed a muscle injury in his right thigh.

Barcelona released the medical report on Friday, two days after Dembele had to be substituted in the first half of its 3-1 win over Borussia Dortmund in the Champions League.

The player wept when he walked gingerly off the field.

The 22-year-old France forward has been plagued by injuries since joining Barcelona from Dortmund in 2017 on a then-club transfer record of 105 million euros (then US$124 million) plus add-ons that could reach 40% of the fee.

He has already missed five matches this season due to a muscle injury.

Dembele will miss Sunday’s match at Atlético Madrid and the clásico against Real Madrid on Dec 18 at Camp Nou.