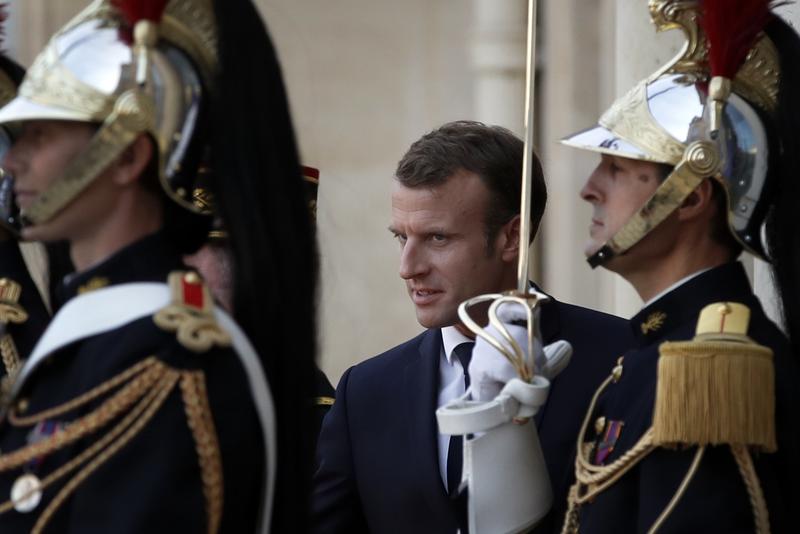 PARIS — French president Emmanuel Macron has appointed a high-profile political ally to the key post of interior minister during a limited cabinet reshuffle aimed at preparing for upcoming economic and social reforms.

The new jobs mean the size of the govt expands to 34 members, split equally between men and women, from 29 before — excluding Prime Minister Edouard Philippe

Christophe Castaner, 52, who heads Macron's party La Republique en Marche (Republic on the Move), replaces Gerard Collomb who resigned two weeks ago to run for mayor of the city of Lyon.

Four other government members were replaced during Tuesday's reshuffle, including the culture and agriculture ministers. The key members of the government, including the finance and foreign affairs ministers, retained their positions.

The new jobs mean the size of the government expands to 34 members, split equally between men and women, from 29 before — excluding Prime Minister Edouard Philippe.

The reshuffle is seen as an attempt by Macron to regain the initiative following a period during which he has seen his popularity plummet and three ministers, including Collomb, resign.

Macron's office said the changes are intended to accompany further reforms. Macron, who was elected last year on a platform to reform the French economy, has pledged to make changes to unemployment benefits and streamline the pension system by next summer.

Often perceived as a "president of the rich" for cutting taxes on the wealthy and pushing pro-business policies that favor investors and entrepreneurs, Macron is increasingly described by opponents as arrogant and aloof.

Macron created a new job of junior minister at the solidarity and health ministry that will focus on the fight against poverty. The finance ministry is strengthened with junior ministers focusing on industry policy and the digital economy. The position of junior minister for gender equality Marlene Schiappa is enlarged to include all fights against discrimination.