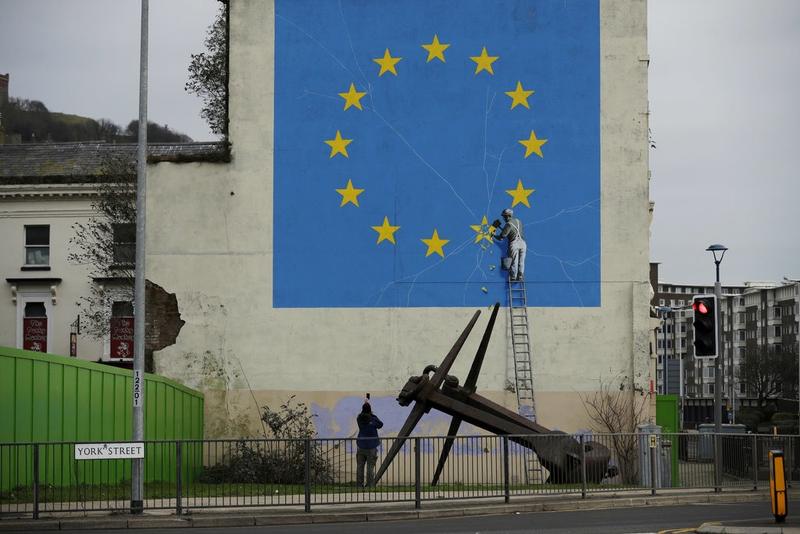 A man takes a photograph of a mural by street artist Banksy, depicting a star being chiselled from the European flag in Dover, south-east England, Monday, Jan 7, 2019. (MATT DUNHAM / AP)

BRUSSELS — The British government on Tuesday ruled out seeking an extension to the two-year period taking the country out of the European Union as Prime Minister Theresa May continued to seek further concessions from the EU ahead of a crucial parliamentary vote next week on her Brexit deal.

Article 50 will not be extended. We are leaving the EU on the 29th of March this year, because that's what Article 50 says, that's what Parliament voted for, and that's now what domestic British legislation says as well

Martin Callanan, Britain's minister of state for exiting the EU

In a move that has massive trade, business and political implications, Britain will leave the EU on March 29 when the two-year period that governs the process by which a country can leave the bloc times out, the so-called Article 50 of the EU's governing treaty.

Without a withdrawal agreement, Britain faces the prospect of crashing out of the bloc on that date with no deal, a development that could see tariffs slapped on British exports to the EU, widespread disruption at ports and shortages of food and pharmaceuticals.

As things stand May does not appear to have the numbers to win the support of enough lawmakers for the Brexit deal that she forged with the EU last November. And that's raised concerns of a "no-deal" Brexit and prompted talk of an extension to the two-year process or even another referendum on Britain's membership of the EU.

"Article 50 will not be extended. We are leaving the EU on the 29th of March this year, because that's what Article 50 says, that's what Parliament voted for, and that's now what domestic British legislation says as well," Britain's minister of state for exiting the EU, Martin Callanan, told reporters in Brussels.

Britain can request an extension to the Brexit procedure, but all 27 other EU countries must agree, and the bloc's leaders said last month that they would need good reasons to prolong it. Officials have said a second Brexit referendum could be one good reason to do so.

May is set to put the deal to lawmakers next week,  and has been in talks with several EU leaders about fresh guarantees. She postponed a scheduled vote on the deal in December after it became clear she would lose. 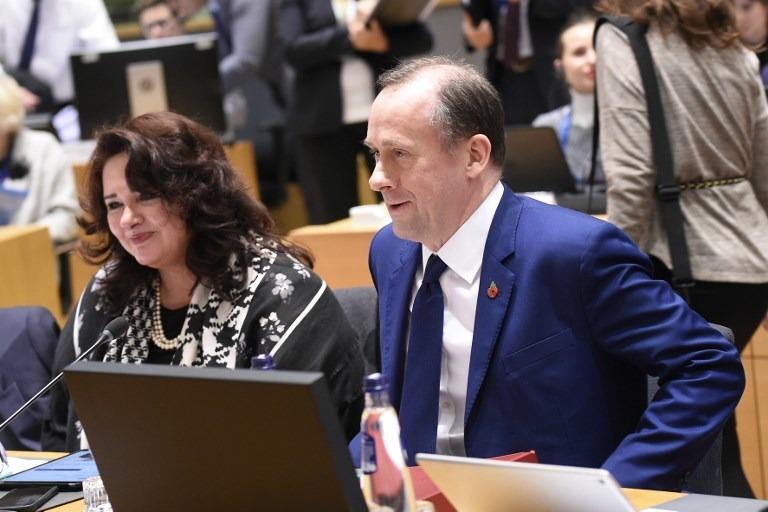 Britain's Martin Callanan, minister of state for the Department of Exiting the European Union, arrives during a General Affairs council at the European Council in Brussels on Nov 12, 2018. (JOHN THYS / AFP)

France insisted Tuesday that the EU can only offer political reassurances to help May persuade reluctant lawmakers to accept the Brexit deal.

Britain can request an extension to the Brexit procedure, but all 27 other EU countries must agree, and the bloc's leaders said last month that they would need good reasons to prolong it

French European affairs minister Nathalie Loiseau urged reluctant British lawmakers to back the deal, which lays out things like Britain's future financial obligations, the rights of citizens hit by Brexit and steps to keep goods flowing freely across the Irish border.

"We really need to have a ratification of the withdrawal agreement. This is the best solution for both parties," Loiseau told reporters.

Any help for May to convince parliament, Loiseau said, would amount to "political assurances, but there is nothing more that we can do."

The withdrawal agreement, which is required before more wide-ranging discussions on future relations can commence, foresees relatively close economic ties with Europe, particularly in the immediate aftermath of Brexit, in order to avoid the imposition of a hard border between EU member Ireland and Northern Ireland, which is part of the UK. 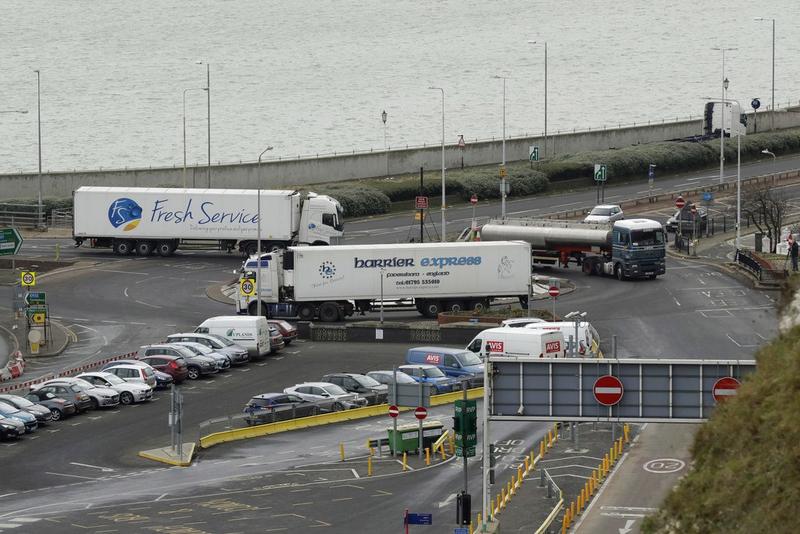 Trucks take part in a no-deal Brexit test, by driving through Dover near the ferry port whilst testing a route from Manston Airfield where 6,000 trucks could be parked as an overspill customs option in south east England, Jan 7, 2019. (MATT DUNHAM / AP)

As well as frustrating a number of lawmakers who want a complete break from the EU, the plan also raises the prospect that the UK could be "trapped" in a customs arrangement if no agreement on future trade ties is reached. There are also a number of lawmakers who have said they will vote against the deal because they want another referendum on Britain's membership of the EU.

Meanwhile, some 55 British legislators have expressed safety concerns in a letter to London's police chief after a lawmaker was verbally abused while discussing Brexit outside Parliament.

The letter says there have been "months of peaceful and calm protests" by groups holding a wide variety of views on Brexit but that recently "an ugly element of individuals with strong far right and extreme right connections" have moved in.

There have been a number of recent incidents in the area outside Parliament where politicians routinely do live broadcast interviews.

Soubry was repeatedly called a Nazi by protesters while she was being interviewed by BBC. Police say they are investigating.