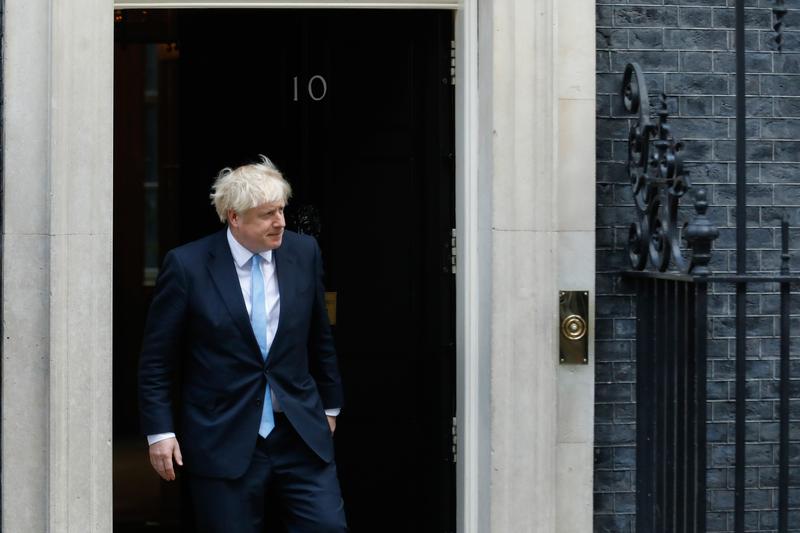 Boris Johnson is refusing to back down and pushing on with his hardline Brexit strategy despite the risk of being taken to court and the threat of more resignations from his Conservative Party.

PM Boris Johnson’s opponents say they must first make sure he cannot carry out his threat of a no-deal Brexit, which they fear would disrupt trade and risk a recession

After a bruising week of defeats for his Brexit strategy culminating in the resignations of his own brother and cabinet minister Amber Rudd, Johnson faces further setbacks on Monday. The prime minister will probably lose another vote in the House of Commons and his Irish counterpart, Leo Varadkar, played down the chances of a breakthrough when Johnson visits Dublin earlier in the day.

Ministers added fuel to reports that the prime minister plans to defy legislation, passed in Parliament last week, that requires him to ask the European Union to delay Brexit on Oct 19 if he can’t reach an agreement with the bloc. Johnson wants to push it to a last-minute showdown in the Supreme Court as he pursues his “do or die” plan to leave with or without a deal on Oct 31, the Sunday Times reported.

“That legislation is lousy,” Foreign Secretary Dominic Raab told Sky News. The government “want to test to the limit what it does actually lawfully require.”

It’s shaping up to be another key, and hard-to-predict, week for Johnson’s still-new premiership. His majority in Parliament has been wiped out, he’s lost the political support of more than 20 Tories -- including two former chancellors -- and he’s unable to call a general election that he thinks could solve the Brexit impasse.

More than three years after the UK voted to leave the EU in a referendum, the country is no closer to striking a divorce deal with the bloc.

After taking over as prime minister from Theresa May in July, Johnson has vowed he would rather be dead than delay the UK’s exit day beyond the current deadline. But while the premier says he is happy to risk a hit to the economy from leaving without a deal, if necessary, lawmakers won’t let him.

In response, he is pushing for a fresh election in the hope of winning a majority he can use to push through his plans. But Parliament last week voted to block that too and is expected to reject it again on Monday.

Johnson’s opponents say they must first make sure he cannot carry out his threat of a no-deal Brexit, which they fear would disrupt trade and risk a recession. With nowhere to turn, the premier and his team are doubling down on their hardline approach.

Chancellor of the Exchequer Sajid Javid confirmed that Johnson plans to run down the clock, emphasizing that he has until after the EU summit, on Oct 17 and 18, before the legislation says he has to act.

“He will absolutely not be asking for an extension in that meeting,” Javid said of the gathering of EU leaders. “Should we get to that point we will look at our options. We will not change our policy.”

Justice Secretary Robert Buckland said he had stressed “the importance of the rule of law” and denied speculation that he would follow Rudd and Johnson’s brother Jo, who both quit the government over the premier’s Brexit strategy. But Buckland hinted he might resign if Johnson pushes the issue too far, saying he has “taken an oath to uphold” the law.

Shami Chakrabarti, who speaks on legal affairs for the opposition Labour Party, accused Johnson of being “irresponsible and elitist” for thinking he won’t have to follow Parliament’s instructions. The Daily Telegraph reported that Johnson’s team spent Sunday exploring ways to sabotage the new law.

The resignation of Rudd, who was work and pensions secretary, lost Johnson one of the most senior members of his team, and a key pro-European voice in the cabinet. Johnson is not trying hard enough to secure a Brexit agreement with the EU and “80-90% of government time” is being spent on preparing to leave without a deal, she said.

“I have not seen enough work going into actually trying to get a deal,” Rudd told BBC TV. “When earlier in the week I asked Number 10 for a summary of what the planning was for actually getting a deal I was sent a one-page summary.”

Javid insisted Johnson “is putting all the effort you would expect from a leader” into trying to get a new agreement with the bloc. There is a proposal to be put to EU negotiators, but it’s too early to make it public, Javid said. Officials in Brussels say they have received no suggestions for a way forward from the UK.

There was some respite for Johnson when culture secretary Nicky Morgan, who like Rudd voted to Remain in the 2016 EU referendum, pledged to stay in the cabinet. Writing in the Daily Mail, she said she wants more “transparency” about talks with the EU “to ensure everyone is left in no doubt about how a deal is possible and the effort which is being put in to making sure a deal happens.”

Varadkar, who will meet with Johnson in Dublin on Monday morning, warned the UK is “very optimistic” to expect the EU to consider dropping the “backstop” arrangement to protect the free flow of goods across the Irish border. He said he doesn’t expect any breakthroughs in the talks.

Creating a single Irish food zone won’t be enough to break the impasse over how to prevent a hard border between the Republic of Ireland and Northern Ireland after Brexit, as food only accounts for about 30% of cross-border trade, Varadkar told reporters in Dublin.

While Johnson’s troubles are fixating Westminster, there were indications at the weekend that they are less of a concern for the public.

A Yougov poll on voting intention, conducted on Thursday and Friday last week, suggests a large proportion of the electorate still backs Johnson’s strategy. Support for his Conservative Party was unchanged at 35%, with Labour trailing on 21%.