Keeping the ‘black swans’ at bay

Funds brass Wu Chumo has helped clients weather some of the most troubled times. He tells Evelyn Yu maintaining focus and integrity is among the basics for an enterprise’s success. 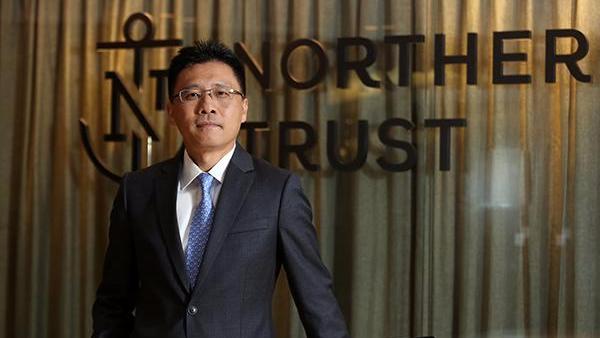 Investment guru Michael Wu Chumo suggests that the demand for asset servicing in China will lead to diversification as the country opens up further to the world. (Photo by Parker Zheng / China Daily)

The year 2016 would probably go down as one of the most exigent spans for veteran financial services executive Michael Wu Chumo, with the “black swans” keeping him in total suspense.

It was a clarion call for Wu, who heads up the China operation for global investment and fund management giant Northern Trust Corporation, as he fought to help clients come to grips with the anxiety and uncertainties in a momentous year that virtually threw the financial world off balance.

The disquiet was long, triggered by such shocks as Britain’s vote to abandon the European Union and Donald Trump’s stunning ascent to the US presidency, as well as growing nervousness over a hard landing for the Chinese mainland economy. Wu was probably seen as the unsung hero in taking pains to convince his institutional investor clients, mostly government and central bank funds or insurance groups, that growth wouldn’t be rocked to the core.

Having gone through the mill, business focus will remain the key feature of Northern Trust, says Wu, senior vice-president and country executive for Greater China at the US-based group, which has been in the trade for nearly 130 years, with current banking assets hitting $124 billion.

“Asset management and servicing are our prime focus. We are not in retail banking, investment banking or credit cards services. About 75 percent of our company’s total revenues in 2016 are fee-generated non-interest income,” he tells China Daily.

As of Dec 31 last year, Northern Trust had $6.7 trillion in assets under its custody worldwide. The company’s business in Asia Pacific has seen double-digit growth in the past few years. Wu sees the region, especially the Chinese mainland, holding great promise for the future.

“While in America and Europe, wealth is aggregated in mutual funds and governments don’t have much money, in the Asia Pacific, massive wealth is in government hands, like central banks, foreign-exchange reserves and various sovereign wealth funds. This offers the biggest opportunity for us here.”

Joining Northern Trust in 2008, Wu is credited with having won for the company some of the biggest clients in the region.

In 2006, Northern Trust was one of the first custodians appointed to administer overseas investments for the mainland’s National Social Security Fund — the economy’s first institutional retirement fund to invest abroad.

Wu played a key role in liaising with mainland financial regulators as Northern Trust expanded its business in the region.

His first assignment was to start up a branch office in Beijing with the aim of providing direct services to clients. Since Northern Trust isn’t a traditional commercial lender, the task had been challenging.

“The regulator had asked: ‘You’re not engaged in savings and loans services, why do you need a branch office here?’,” recalls Wu, adding that it was an arduous job explaining their expertise before the green light came through.

In 2010, Northern Trust hosted a grand reception in the Great Hall of the People to mark the opening of its Beijing branch. Wu had positioned the group to meet the changing economic and regulatory challenges.

Another critical moment came three years later when the Shanghai government launched the Qualified Domestic Limited Partnership (QDLP) — a pilot program that would allow overseas hedge funds raise money on the mainland before converting them into foreign currency for the purchase of overseas shares.

Citadel — one of the world’s largest alternative asset managers and a client of Northern Trust — found the scheme a splendid opportunity for it to gain a foothold on the Chinese mainland, and requested that Northern Trust be its fund administrator there to help them obtain a quota.

“Under the China Banking Regulatory Commission’s regulations, we’re just a branch, but administering funds is not part of a bank’s activities. We communicated a lot with the regulator and the Shanghai Financial Service Office and explained to them the positive impact that innovative products would bring to China’s banking segment. We were the first QDLP fund administrator in the market,” says Wu.

The cooperation was recognized as a financial innovation by the regulator that year.

Wu sees huge potential on the mainland for various reasons. Their asset servicing structure is currently rather simple, with most clients seeking custodian service. In Hong Kong, where the market is more mature, Wu says there’s greater demand for performance evaluation, risk analytics and security lending.

“As China opens up further to overseas investors, the demand for asset servicing will not be constrained to traditional custodianship.”

According to Wu, in a low-yield return environment, investors tend to be cost sensitive. Instead of re-inventing their own wheels in terms of operations processing, more investment management companies have outsourced their middle-and back-office functions to Northern Trust to enable them to focus on the front-office aspects of investment management.

He reckons that government regulations could be more aligned with investors’ appetites.

There are sectors where regulations are quite relaxed, but investor appetite for overseas investment is not strong, he says. Taking insurance as an example, the China Insurance Regulatory Commission allows insurers to invest as much as 15 percent of their total assets overseas. “Currently, the number stands at just about 2 percent, as domestic insurers are more interested in investing in onshore products.”

However, in other areas where investors have a strong appetite, such as private equity investment and cross-border investment, Wu is looking to a more open market.

To overseas investors, what matters most is free flow of capital. “Foreign investment managers are aware that timely repatriation of capital from Chinese mainland could be an issue when their clients ask for redemptions. Capital controls will remain a concern this year,” he warns.

He brushed off continued talk of a hard landing for the Chinese mainland economy, saying those who think so apparently are ignorant of the dynamics of China. They don’t appreciate the mainland’s resolve to enforce regulations and financial reforms as the country shifts from an investment-driven economy to a consumption-driven one.

With ever-changing rules and market uncertainties, “go for a long horizon and focus on fundamentals”, he advises.

‘We never make headlines, but we are good at what we do’

Shanghai-born Michael Wu Chumo, senior vice-president and country executive for Greater China at Northern Trust, shares some traits with the growing financial group he has been with for nearly a decade.

Both he and the group are focused, with integrity and keeping a very low profile.

The camera-shy executive, who politely turned down China Daily’s request for a video-shooting session, says the Chicago-headquartered bank, which manages many of the world’s most prominent pension, insurance, and mutual funds, is not “ambitious”.

Having started its business by offering wealth-management services to some of the wealthiest and most famous names in the United States, Wu calls Northern Trust a “very conservative” bank.

“Bankruptcy of a bank concerns most people, especially the rich and famous. At Northern Trust, the legacy of being prudent in balance sheet management is well upheld today.”

Northern Trust was one of just two of 20 major US banks that clung on to dishing out dividends at the onset of the global financial crisis in 2008.

“Our philosophy is that our balance sheet is for the benefit of our clients, rather than aggressively leveraging the money for higher returns. We want to make sure there’s enough liquidity, that if our clients want to invest in a project tomorrow, they can do so,” says Wu.

Expanding rapidly via mergers and acquisitions is neither an alternative. Rather, Wu’s strategy is organic growth.

“Since being founded in Chicago in 1889, Northern Trust has kept its name as it is, a rare case in US banking history as most banks had changed their names following mergers and acquisitions.”

This means Northern Trust remains a single platform across the globe and so, if there’s any technology advancement, it could be implemented worldwide very quickly, says Wu.

Reflecting on his career, Wu thinks he has benefited a lot from geographical and business rotation. He was constantly on the move between Hong Kong, Singapore and Beijing and had the chance to work in areas ranging from project management to outsourcing and business development.

He values leadership, putting a lot of effort into identifying talent, including succession planning, key talent review and rotation. He wants to give chosen talents ample exposure to different challenges, turning them into tomorrow’s leaders.

Looking ahead, Wu is dedicated to nurturing the growth of talents as well as being the unsung hero for his clients’ performance, offering outstanding services.

“I was once told by a government client that what he liked about us the most was that we never make headlines. We keep a low profile, but we’re good at what we do.”