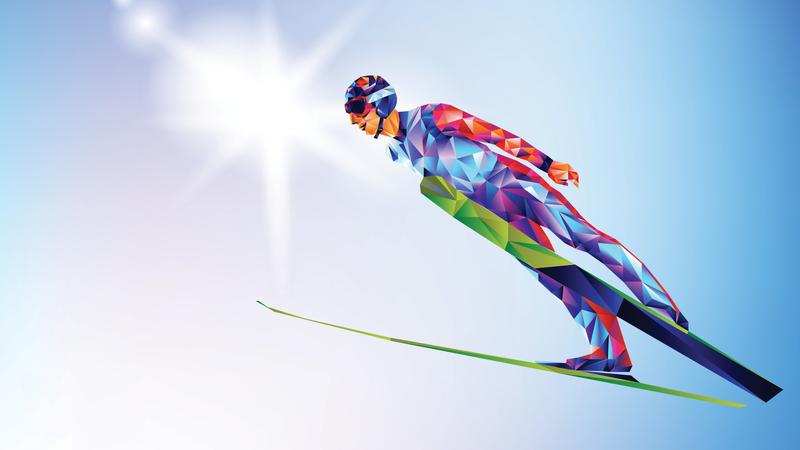 For the 30-something business consultant Jeff Oliveira, winter holidays mean hitting the slopes of the Altay Mountains in the Xinjiang Uygur autonomous region.

Unlike the French Alps or Aspen in Colorado, the northwestern Chinese province is hardly known among avid skiers. But Oliveira, who has grown up skiing in his Boston hometown and other places in North America, would rather spend the winter season in Xinjiang than in other popular ski destinations.

“People like myself want that novelty of skiing in a place that’s off the radar of the international skiing community,” he told China Daily Asia Weekly.

The novelty factor, however, is just part of Xinjiang’s allure. Oliveira keeps returning to Xinjiang every year as he likes its “world-class terrain and snow”. He is in fact organizing a group tour this December, bringing skiers from North America to explore remote areas in Xinjiang.

But Xinjiang is just one of several Chinese destinations now attracting both local and foreign skiers. A Beijing-based think tank expects more tourist arrivals spurred by China’s hosting of the 2022 Winter Olympics.

The China Tourism Academy (CTA) expects tourist numbers to rise to 340 million in the 2021-22 winter season, from about 170 million in 2016-17, according to a Xinhua News Agency report.

By then, the winter tourism boom will be associated with a combined output of 2.88 trillion yuan in tourism and other sectors, Xinhua said.

Meanwhile, a report in January by Chinese tech giant Tencent and internet consultancy Analysys estimated that tourism related to winter sports activities will generate 40 billion yuan worth of revenues by 2020.

Released in September, the study was based on surveys of more than 5,000 respondents in Asia-Pacific and covered travels made over the last three years.

Andreetta said most tourists surveyed who traveled to China for winter holidays came from nearby countries such as Malaysia, Thailand and South Korea. And most of them were affluent millennials who spent their time skiing and snowboarding. 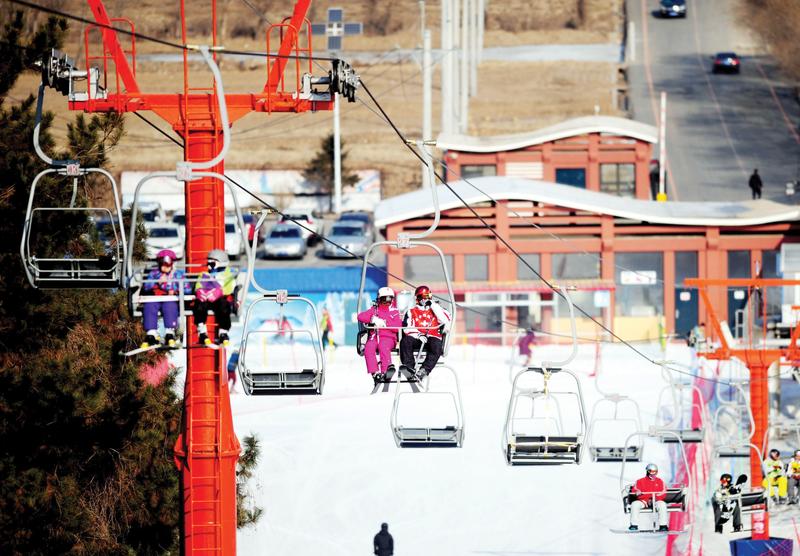 “China is now very much on the radar of the regional snow holidaymaker and (becoming) an emerging future powerhouse for winter holidays,” he said.

In 2015, China won the bid to host the Winter Olympics, making Beijing the first city in the world to host both the Summer and Winter Games. This spurred the launch of a winter sports development plan that aims to build a total of 650 skating rinks and 800 ski resorts by 2022.

Hosting the Winter Games, however, is just the latest Chinese initiative to attract winter tourism dollars. Several of China’s northern provinces, after all, have cold and snowy winters that have been drawing in visitors for years, especially those from tropical countries in Southeast Asia and the Pacific.

One of these popular winter destinations is Heilongjiang. The northeastern province is China’s coldest region, with temperatures dropping to as low as -50 C and the winter season lasting for eight months.

This freezing weather appeals to tourists, both domestic and foreign. The town of Yabuli is home to China’s largest ski resort and hosted the 1996 Winter Asian Games and the 2008 National Winter Games. The Yabuli Ski Resort has 46 ski tracks that run for a total of 88 kilometers and can accommodate both novice and more experienced skiers.

Heilongjiang’s main winter draw, however, is its capital. Harbin, also known as the “ice city”, has lured millions of tourists over the past three decades, enticed by the massive and colorfully lit ice sculptures that decorate its streets during winter. These sculptures are part of the city’s annual ice and snow festival, established in 1985.

Last year alone, the festival attracted 18 million visitors and pulled in 28.7 billion yuan in tourism revenue for Harbin, according to The Associated Press.

Another northeastern province, Jilin, has emerged as a key winter tour destination. According to the local tourism authority, Jilin welcomed about 62 million tourists in the 2016-17 winter season, or nearly 20 percent more than the previous year.

In the northwestern part of China, tourists have been heading for Xinjiang in recent years, enticed by the light powder snow that covers its vast landscape during the winter season. The slopes of Mount Altay draw skiers and other winter tourists. Three million tourists visited the Altay prefecture during the 2017 winter season alone, according to a Xinhua report.

Li Bin, Altay’s deputy Party secretary, told China Daily late last year that the prefecture is coated with “quality snow” for up to 180 days a year and “its skiing conditions may well be on par with the Swiss Alps”.

Tourism industry players interviewed by China Daily Asia Weekly said the number of international winter tourists is likely to rise in the years ahead as China prepares for the Winter Olympics.

“China’s initial efforts in Yabuli and Changbaishan to turn China into a winter ski destination made an impression among Chinese and Asian travelers,” said Mei Zhang, founder of boutique travel agency WildChina.

Zhang said the Winter Olympics has put China “on the (radar) of billions of people”, enabling it to reach out to travelers outside of Asia.

Laurent Vanat, a Geneva-based ski industry researcher, said winning the bid to host the quadrennial sporting event has given China “further impetus to develop its ski industry”. He said the number of ski indoor centers and ski resorts in China is growing “in a way that you can’t find anywhere else in the world”.

Vanat publishes the annual International Report on Snow and Mountain Tourism, an in-depth overview of key factors in the ski industry. The latest report noted that China now has the world’s highest number of indoor ski centers — at 21.

One of these ski centers is located at the Harbin Wanda Cultural Tourism City — a resort and theme park launched in June 2017 by the Beijing-based conglomerate Wanda Group. The theme park is home to the world’s largest indoor snow park, with six different slopes, a 500-meter snow track, and capacity to host up to 3,000 skiers.

According to Ding Changfeng, CEO of the ice and snow business department of real estate developer China Vanke Co, skiing could soon emerge as the raison d’etre for winter vacation tours, with more diverse and professional services on the horizon.

Shenzhen-listed Vanke currently operates ski resorts in Jilin and Beijing. It is also building the Hanhai-liang Ski Resort in the Chongli district of North China’s Hebei province. Set to open in 2019, the ski resort will feature a record-breaking trail vertical drop of 810 meters.

Club Med plans to open a ski resort by 2022 in Thaiwoo, Hebei — one of the venues slated for the Winter Olympics. The Thaiwoo resort will be the company’s third ski resort in China. There are currently Club Med ski resorts in Yabuli and Beidahu in Jilin province.

While such developments bode well for the future of winter tourism in China, industry players said improved services and facilities are key to gaining a bigger share of the international market.

“Local planners and resort owners should carefully develop properties based on the capacity of natural resources and the environment. Quality of service should always supersede quantity,” said Cao Jianwei, deputy chief of Chongli district.

“The area around Beijing doesn’t have the natural conditions to compete against the (European) Alps and the Rocky Mountains (in Canada),” she said. But Zhang noted that China’s ski resorts can cater to novice skiers — a client base that can be further developed.

“Focus on serving beginner (skiers) by (providing them) with English-speaking ski instructors, run world-class ski schools, and provide really good value for money. China can stand out that way,” she said.