By Ma Si and Mo Jingxi 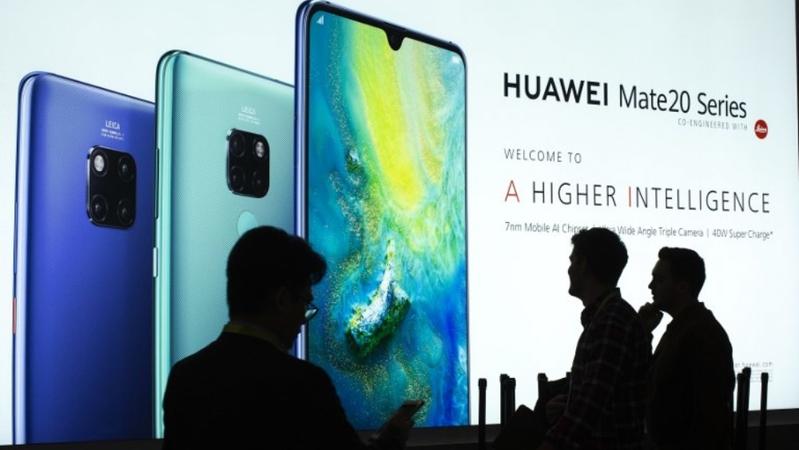 People walk by the Huawei exhibit at the the Las Vegas Convention Center during CES 2019 in Las Vegas on Jan 8, 2019. (DAVID MCNEW / AFP)

Huawei Technologies Co Ltd has refuted US attempts to discourage its allies from using the products of the world's largest telecom equipment maker, accusing Washington of using government machinery against a private company.

Xu Zhijun, one of Huawei's three rotating chairmen, said in a media briefing in Shenzhen that the United States is launching a "coordinated, tactical geopolitical campaign" against the Chinese company.

Xu said on Wednesday that the current discussions on 5G are over political issues and questioned whether the US is truly thinking about protecting the privacy of other countries' citizens, or whether it has other motives.

His comments came after US Secretary of State Mike Pompeo cautioned Hungary, Slovakia and Poland against using Huawei equipment during a trip this week, saying it would make it more difficult for the US to "partner alongside them".

Xu said Huawei would spend more than US$2 billion over the next five years to boost cyber security, including rewriting some codes, as an extra step to deepen the trust with foreign telecom carriers.

All parties can absolutely solve this concern through equal and friendly coordination and appropriate arrangement as long as they hold no prejudice, strengthen mutual trust and don't politicize normal economic behavior

Experts said no factual evidence has been found to support the security allegations against Huawei, meaning that it makes no sense to exert blanket bans on the Chinese tech major.

Robert Hannigan, former head of the Government Communications Headquarters, one of the United Kingdom's intelligence arms, said in an opinion article in the Financial Times, that the West should put an end to "hysteria" over Chinese technology.

The key point here is that "the NCSC has never found evidence of malicious Chinese state cyber activity through Huawei", Hannigan wrote. NCSC refers to the National Cyber Security Center in the UK.

According to him, assertions that any Chinese technology in any part of a 5G network represents an unacceptable risk are nonsense, and the West should accept that China will be a global tech power in the future.

Huawei had a 28 percent share of the global telecom equipment market in the third quarter of 2018, according to the latest data from research company Dell'Oro Group. Though facing security allegations in some markets, the Shenzhen-based company said in January that it had shipped over 25,000 5G base stations globally, up from the figure of 10,000 it disclosed in late December.

On Thursday, China's Foreign Ministry spokeswoman Hua Chunying said at a regular news conference in Beijing that network information security is the common concern of all countries.

"All parties can absolutely solve this concern through equal and friendly coordination and appropriate arrangement as long as they hold no prejudice, strengthen mutual trust and don't politicize normal economic behavior," she said.

China hopes that all parties could respect the market principle of fair and free competition, and create a just, fair, nondiscriminatory marketing environment for normal cooperation between companies, she added.

Wang Yanhui, secretary-general of the Mobile China Alliance, said Huawei has been serving European telecom carriers since the 3G era and no evidence has been found of it conducting any malicious cyber activities.

"The world should let the facts speak, and not worry about fear fanned by some countries," Wang said.