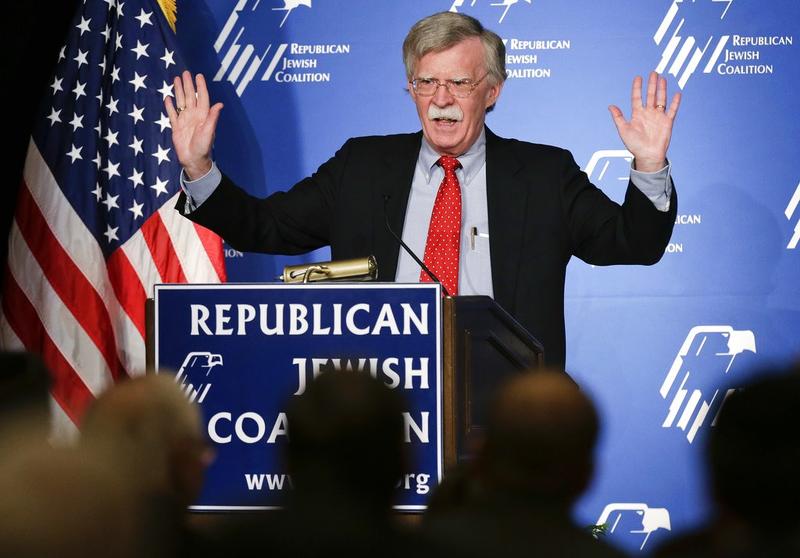 In this March 29, 2014 file photo, former US ambassador to the UN John Bolton speaks at the Republican Jewish Coalition in Las Vegas. (JULIE JACOBSON / AP)

DUBAI - A senior Iranian official said on Sunday it was "shameful" that US President Donald Trump had named John Bolton as national security adviser because of his ties with rebels whom Iran sees as "terrorists", the state news agency IRNA reported.

Commentators said last week, when Bolton was named, that it signaled a toughening of Washington's stance on Tehran and another nail in the coffin of the Obama-era agreement between Iran and world powers to limit Tehran's nuclear ambitions, already cast into doubt by Trump himself.

"For a seemingly superpower country, it is shameful that its national security official would be receiving a salary from a terrorist sect," IRNA quoted Ali Shamkhani, secretary of Iran’s Supreme National Security Council, as saying.

Bolton has been a supporter of the exiled Mujahideen-e Khalq (People's Mujahideen) armed opposition group which Iran sees as terrorists, and has spoken at the group's events

Bolton has been a supporter of the exiled Mujahideen-e Khalq (People's Mujahideen) armed opposition group which Iran sees as terrorists, and has spoken at the group's events.

Garrett Marquis, a spokesman for Bolton, said on Sunday that Bolton "doesn't respond to propaganda from a government long included on the United States' list of state sponsors of terrorism."

There was no immediate comment from the White House.

In Paris, the group's spokesman Shahin Ghobadi said in response to the Iranian official's statement that "the notion that the People’s Mojahedin Organization of Iran has funded ambassador Bolton or any other American officials is simply a lie and is a mere joke."

In a speech at an opposition group event near Paris in July, Bolton expressed hope that Iran's government would be toppled "by 2019".

Mujahideen-e Khalq, which earlier had bases in Iraq since the 1980s, began as a group of Islamist leftists opposed to Iran’s late Shah but fell out with Shi’ite Muslim clerics who took power after the 1979 revolution.

It was one of the largest factions immediately after the revolution. But diplomats and analysts say it is difficult to determine the level of support for the group now inside Iran, where many Iranians cannot forgive it for siding with Saddam Hussein during Iran’s war with Iraq in the 1980s.

The US government designated the group a "terrorist" organisation in 1997, but the designation was lifted in 2012.