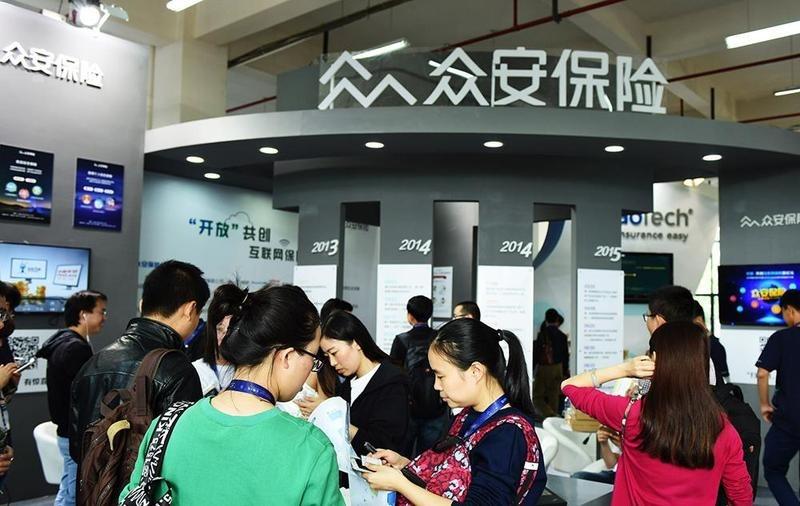 “Basically, the insurance industry itself calls for a stringent and well-designed regulatory framework. Today, more and more of our business falls under the dual-supervision of banking and insurance regulators,” Chen told China Daily in a group interview on Tuesday.

The Shanghai-based company, founded in 2013 and starting its business with “shipping return insurance”, where consumers pay a small fee to cover the return of products bought on e-commerce giant Alibaba’s Taobao website, booked a net loss of 996 million yuan ($157 million) for last year.

The losses were “well expected” in its prospectus filed to the Stock Exchange of Hong Kong in September last year and were largely attributed to the increase in unearned premium reserves and huge investment to bolster the company’s high-growth trajectory, ZhongAn Chief Financial Officer Francis Tang said on Tuesday.

Chen reiterated that the company remains at a “high growth” and “high investment” stage, but is moving closer to making profits for years to come. He didn’t set out a timetable.

“The nature of being an insurance technology company does give us a leg-up to reduce costs and manage risks in a more efficient way, which will be eventually reflected in our earnings performance,” Chen said.

The company, backed by the “three Mas” – Alibaba founder Jack Ma Yun, Tencent’s Pony Ma Huateng and Ping An Insurance chairman Ma Mingzhe – made a stellar market debut in Hong Kong with a $1.5 billion listing – the first of its kind for an internet-only insurer – in September last year.

With an oversubscription of 391.7 times from retail investors and share rally of as much as 18 percent on its trading debut, the flotation set the stage for an initial public offering spree from financial technology firms. The rush of  “new economy” companies to Hong Kong marked a shake-up as the bourse has long been dominated by traditional companies such as real-estate developers, established financial institutions, oil companies and industrial firms.

China Literature, Yixin Group and Razer joined the fray to present an IPO bonanza for Asia’s financial center last year and paved the way for other promising new-economy companies including Xiaomi, Ping An-backed Good Doctor and Lufax to follow suit this year.