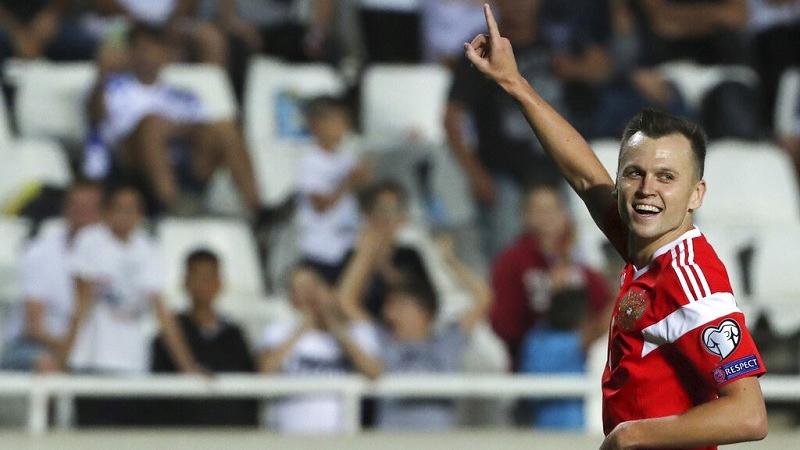 Poland and Russia qualified for the 2020 European Championship on Sunday, while Gareth Bale's goal forced Croatia to wait after a 1-1 draw with Wales. Germany beat Estonia 3-0 despite playing with 10 men from the 14th minute.

Poland is assured of finishing in the top two of Group G, where second-place Austria boosted its hopes of qualifying with a 1-0 win at Slovenia

Poland is assured of finishing in the top two of Group G, where second-place Austria boosted its hopes of qualifying with a 1-0 win at Slovenia.

Russia earlier routed Cyprus 5-0 to join group winner Belgium in securing a place at next year's tournament. Valencia forward Denis Cheryshev scored twice and set up two more goals for the Russians - who only needed a draw to be sure of qualification - to take their tally to 21 points after seven wins from eight games in Group I.

With two games remaining, Russia has 11 points more than third-place Cyprus and 12 more than fourth-place Scotland, which thrashed San Marino 6-0 at a poorly attended Hampden Park in Glasgow.

Belgium already had secured its place at the finals, but Roberto Martínez's team stayed perfect in qualifying with a 2-0 win over Kazakhstan in Astana.

Michy Batshuayi scored in the first half and Thomas Meunier wrapped up the win in the second, giving Belgium its eighth win from eight games.

The Belgians have scored 30 goals and conceded just one.

Nikola Vlasic scored early to put Croatia on course for a win that would have secured qualification from Group E.

Croatia leads the group by two points from Hungary, which defeated Azerbaijan 1-0 in Budapest thanks to Mihály Korhut's early strike.

The top three in the group are Croatia (14 points), Hungary (12) and Slovakia (10). Wales is fourth on eight points with a game in hand over the top two.

Ilkay Gündogan scored twice and set up another for 10-man Germany to beat Estonia with three second-half goals in Tallinn. 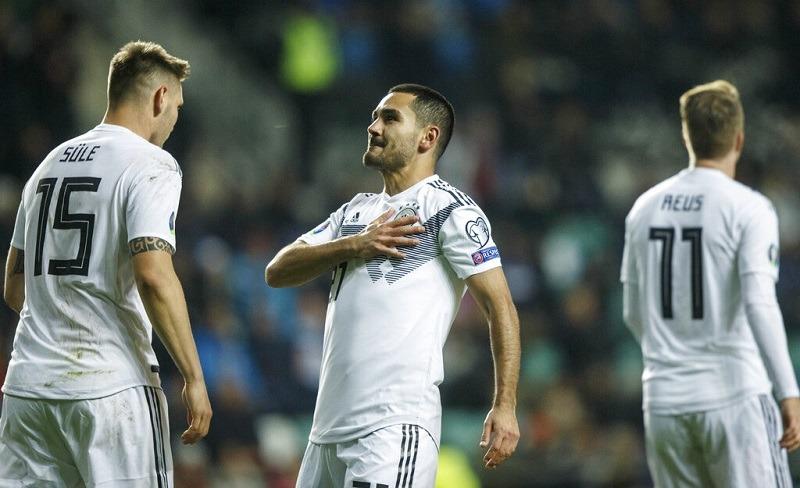 "The whole week hasn't been easy," said Germany coach Joachim Löw, whose side was hit by injuries. "But we didn't complain. The decisive thing was that we upped the pace in the second half. In the end it was satisfactory."

Emre Can, filling in at center back, was shown an early red card for bringing down Frank Liivak, who would have been through on goal.

Germany had never had a player sent off so early in a game before, with Can beating the mark set by Robert Huth's 15th-minute ejection in a friendly game against Northern Ireland in 2005.

Gündogan finally broke the deadlock in the 51st when his effort from outside the penalty box took a slight deflection off Marco Reus' heel. His second goal six minutes later also took a deflection, this time off a defender. 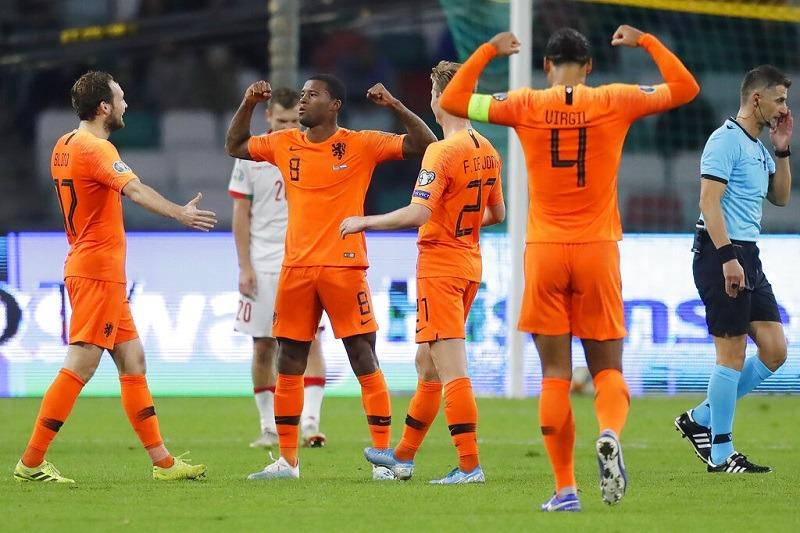 Gündogan's long pass over the top allowed substitute Timo Werner to wrap up the win in the 71st.

READ MORE: Four things we learned in Matchday 28 in Spain

Germany and the Netherlands are level on 15 points and well-placed to qualify from Group C. Northern Ireland is third on 12 points.

The Dutch earlier claimed a 2-1 win over Belarus in Minsk, thanks to first-half goals from Liverpool midfielder Georginio Wijnaldum.

The top two teams of each group advance. The other four qualifiers will come through four tiers of playoffs in March. 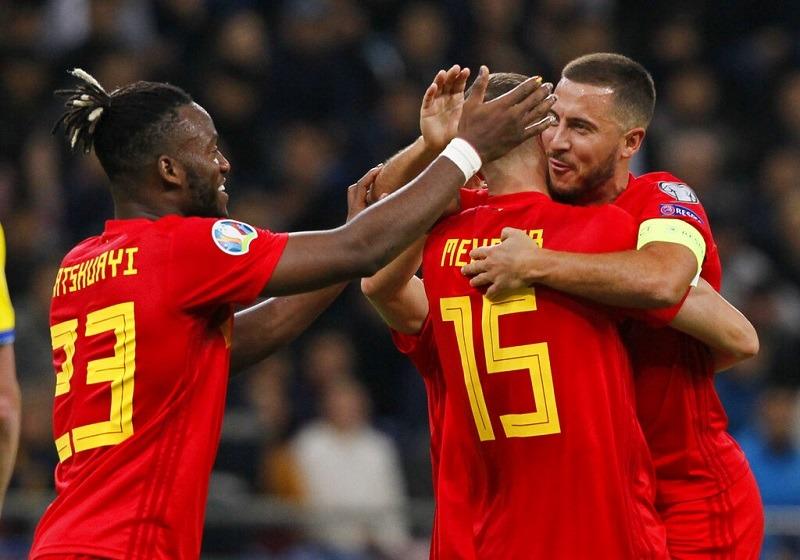 Belgium's Thomas Meunier center, celebrates with teammates after scoring his side's second goal during the Euro 2020 group I qualifying soccer match between Kazakhstan and Belgium at the Astana Arena stadium in Nur-Sultan, Kazakhstan, Oct 13, 2019. (AP PHOTO)