Small leak found from nuclear Soviet sub that sank in 1989 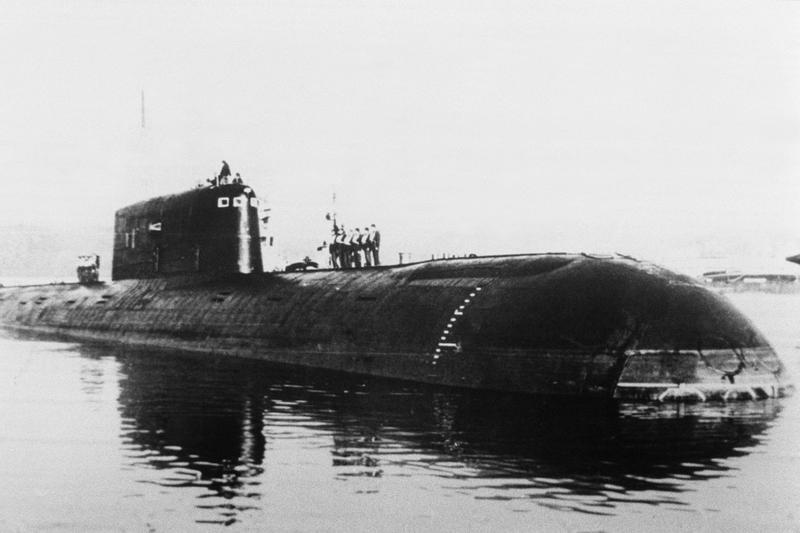 COPENHAGEN, Denmark — A small radiation leak from a Soviet nuclear submarine that sank 30 years ago has been found, Norwegian researchers said Thursday, but it poses no risk to people or fish.

"Cesium levels in the Norwegian Sea are very low, and as the wreck is so deep, the pollution from Komsomolets is quickly diluted."

Hilde Elise Heldal of the Norwegian Institute of Marine Research

The institute said that findings were around 100 Becquerel (Bq) per liter as opposed to around 0.001 Bq per liter elsewhere in the Norwegian Sea.

Several samples taken in and around a ventilation duct on the wreck of the submarine contained far higher levels of radioactive cesium than you would normally find in the Norwegian Sea, the institute said in a statement. However, other samples from the same duct didn't contain elevated values.

"We took water samples from inside this particular duct because the Russians had documented leaks here both in the 1990s and more recently in 2007," said Heldal, the expedition leader.

"So we weren't surprised to find high levels here."

"What we have found during has very little impact on Norwegian fish and seafood," she added. "In general, cesium levels in the Norwegian Sea are very low, and as the wreck is so deep, the pollution from Komsomolets is quickly diluted."

The institute said there is not much fish in the area where the submarine is located.

The joint Norwegian-Russian expedition set off Saturday from Tromsoe, northern Norway, to the Arctic Barents Sea where the Komsomolets submarine sank at about 1,700 meters in 1989. Forty-two of the 69 crewmen died in a fire, and the submarine's nuclear reactor and two nuclear warheads are still on board.

The Norwegian research vessel GO Sars arrived on location Sunday and sent down a remote-controlled submersible, which made the measurements that will be analyzed further at a later stage, the institute said.