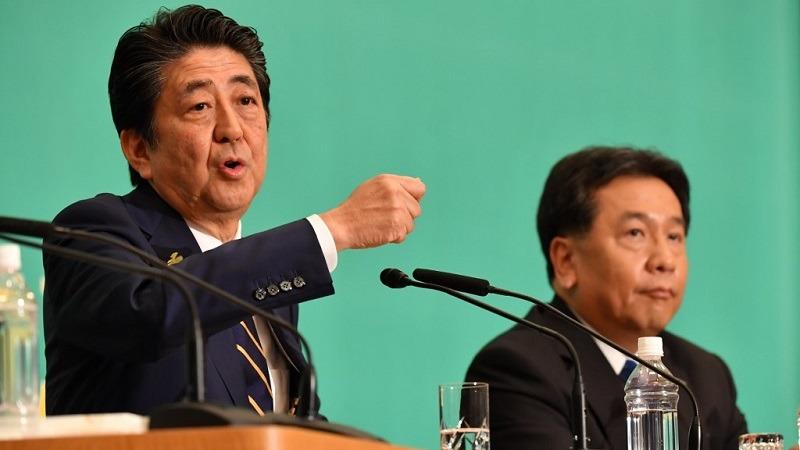 While polls show his long-ruling Liberal Democratic Party boasts stable support ahead of the July 21 vote for the less powerful of Japan’s two houses, Abe needs a two-thirds majority for supporters of constitutional change in both chambers to send a proposed revision to a national referendum. Low unemployment has helped Abe fend off opposition challenges, despite a series of gaffes and scandals involving his cabinet since he took office in 2012.

A sixth straight win in a national election would reinforce the LDP’s status as Japan’s undisputed ruling party and cement Abe’s legacy. He’s on course to overtake an early 20th century leader as the country’s longest-serving prime minister in November.

Here’s what to watch:

Half of Japan’s upper house faces an election every three years, with members each serving a six-year term. Up for grabs this time are 124 seats, three more than in the last ballot, due to reforms aimed at re-balancing representation as the population continues to drift from rural to urban areas.

The ruling coalition has 70 of the 121 seats that are not being challenged in this month’s election, meaning it would need to win 85 of the contested seats to secure a two-thirds majority along with other proponents of constitutional change, according to the Asahi newspaper. Candidates are elected through a mixture of constituency races and proportional representation.

Abe, 64, has emphasized the importance of political stability and stressed the need for amending the country’s top governing document. In his opening campaign speech in Fukushima, Abe criticized the previous administration, which was run by some of his current opponents. “However hard they tried, young people couldn’t get jobs,” he said. “It was tragic. We can’t go back to that time. The ruling coalition parties want to work together to ensure political stability.” 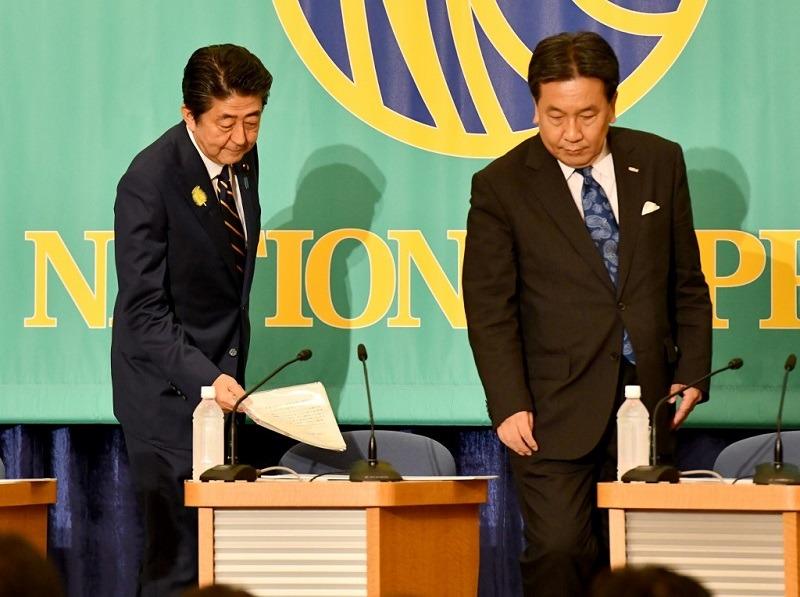 Yukio Edano, 55, of the Constitutional Democratic Party of Japan, attacked Abe’s record. “Have you really become better off in the past six years?” he said in a speech to voters in central Tokyo on Thursday. “Has Japanese society really improved? It’s true that employment has risen, but there are 3 million more irregular employees and they now make up 40% of all workers.”

Sales tax: Abe’s government is set to raise the sales tax to 10% from the current 8% in October, a move he has said is needed to fund pledges on education, as well as to help cover the ballooning costs of social security in the world’s most aged society. Opposition parties are calling for the plan to be dropped and media surveys show the public is divided over the issue.

Pensions: Social security is cited as the most important electoral issue in media polls, with 83% of respondents to a Yomiuri newspaper survey last month saying they were uneasy about the system, after a report compiled by a government advisory panel said a married couple would need an average of 20 million yen (US$185,735) in savings to manage in retirement.

Economy: Opposition parties say Abe’s economic policies have bolstered stock prices and corporate profits while failing to bring prosperity to individuals and households. The CDPJ says it wants to re-think the tax system to make it more progressive.

Constitution: Abe wants to add wording to the pacifist Article 9 of the US-drafted constitution that makes explicit the legality of Japan’s Self-Defense Forces. That plan divides voters. A survey by public broadcaster NHK last month found 27% thought the constitution should be revised, while 30% said there was no need and the remainder weren’t sure or didn’t answer.