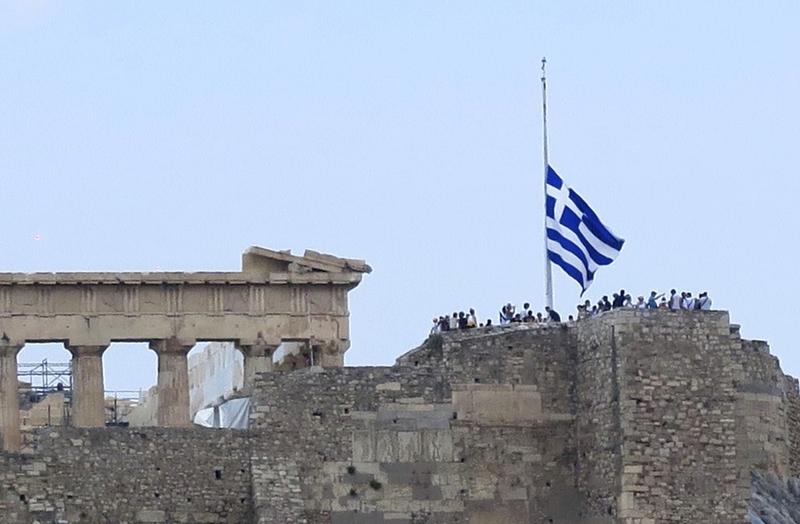 The flag on the Acropolis hill flies at half-staff in Athens, July 25, 2018 after three days of national mourning declared for the victims of the deadly fires in Greece. (THEODORA TONGAS / AP)

MATI, Greece — Rescuers intensified a grim house-to-house search Wednesday for more casualties from a deadly forest fire outside Athens, as the country's military said it was using footage from US combat drones and surveillance aircraft to try to determine whether arsonists were behind the blaze and stop future attacks.

Joint patrols of the Fire Service, army personnel, and volunteer rescuers discovered more bodies in the gutted homes near the port of Rafina east of Athens, raising the death toll to 81.

Nikos Giannopoulos stood with his wife and two children outside the destroyed home of his 88-year-old mother, waiting for news as rescuers searched each room.

They found her charred body in the bathroom.

Giannopoulos had searched the home earlier but failed to spot his mother's body in the blackened interior.

Her remains were put into a yellow body bad and placed in a wooden coffin, and Giannopoulos vented anger that his mother had not been rescued as Monday's ferocious wildfire raged down from the mountains and tore through vacation homes.

"She died helpless, an 88-year-old woman. I lost my nearby home in the fire, and my mother's was burned too," he said, his voice cracking with emotion. "So many people died that it took the rescuers three days to find her."

The fire forced hundreds to sprint to sea for safety, swimming out into the rough waters to avoid the suffocating smoke until they were picked up by boats after nightfall. Divers and coast guard patrols were still searching Wednesday for bodies at sea.

The mayor of the fire-ravaged Marathon area, Ilias Psinakis, said many residents only had a few minutes to save themselves.

He described losing his own home. "We could smell something burning. Then everything was gone in minutes. The wind came, then moved away, then came back again," he said after a meeting in Athens with Prime Minister Alexis Tsipras, regional government leaders and public safety officials to discuss the relief effort.

"My house was lost but nothing happened to five or six cars parked outside. One had a broken mirror. That's to give you an idea of what happened." 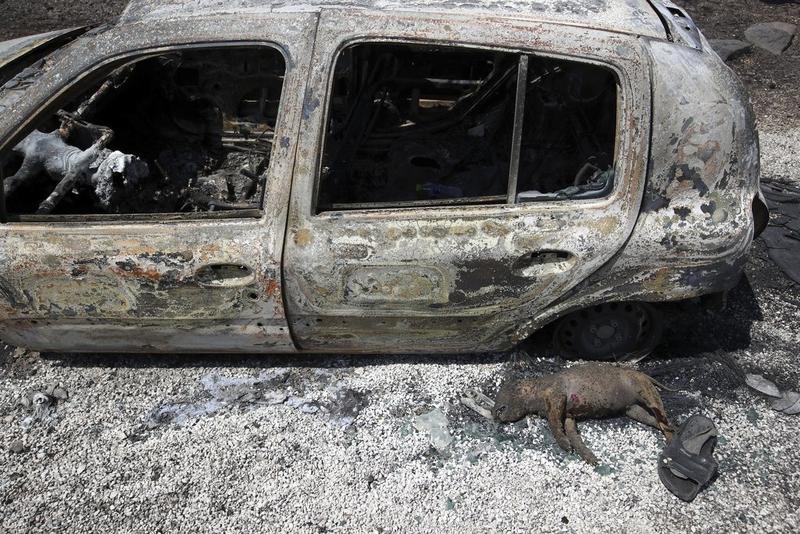 Flags across Greece, including those at parliament, public hospitals and the ancient Acropolis in Athens, flew at half-staff after Tsipras declared three days of national mourning.

Fire-fighting planes from Italy and Romania and fire patrols from Cyprus joined the Greek effort on Wednesday, while Defense Minister Panos Kammenos announced that US surveillance aircraft had also assisted in the firefighting effort and were gathering footage to try to determine whether Monday's fire had been started deliberately.

Arsonists frequently target forests around the capital to try to clear more land for development. 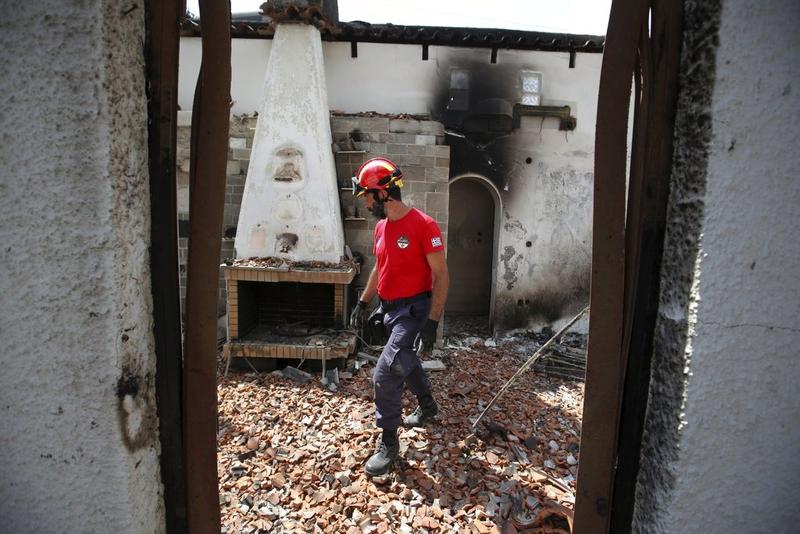 A member of a rescue team searches a burned house in Mati, east of Athens, July 25, 2018. (THANASSIS STAVRAKIS / AP)

A US government official said MQ-9A Reaper drones currently based in central Greece had been used in the effort, along with US Navy VP-10 and P-8A reconnaissance and patrol aircraft. The official asked not to be identified because details of the US assistance had not yet been formally announced.

Kammenos said the footage from the Greek and US surveillance aircraft would be analyzed along with satellite images, and that preliminary findings suggested that the fire started at multiple points, which would now be examined on the ground. 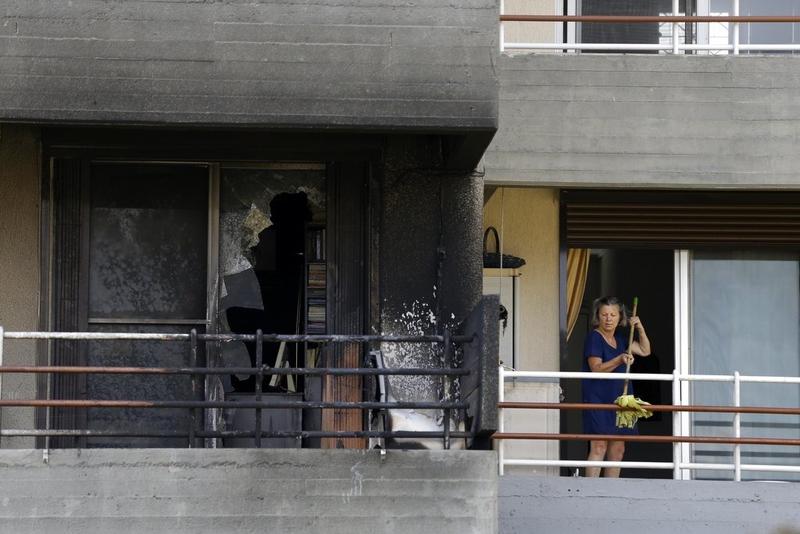 A woman cleans her balcony next to a burned flat in Mati, east of Athens, July 25, 2018. (THANASSIS STAVRAKIS / AP)

Joint police and military patrols have been sent to the fire-stricken areas to deter looters and monitor nearby areas for potential arson attacks, he said.

"We will forward our findings to the Fire Service because they are ultimately responsible for the investigation," Kammenos said. "But this had such tremendous force, powered by winds up to 110 kilometers per hours. ... It jumped over a road as wide as a highway. When you have conditions like this, nothing can stop it."

A hearse leaves with a victim of the fire as policemen stand outside the burned house in Mati, east of Athens, July 25, 2018. (THANASSIS STAVRAKIS / AP)