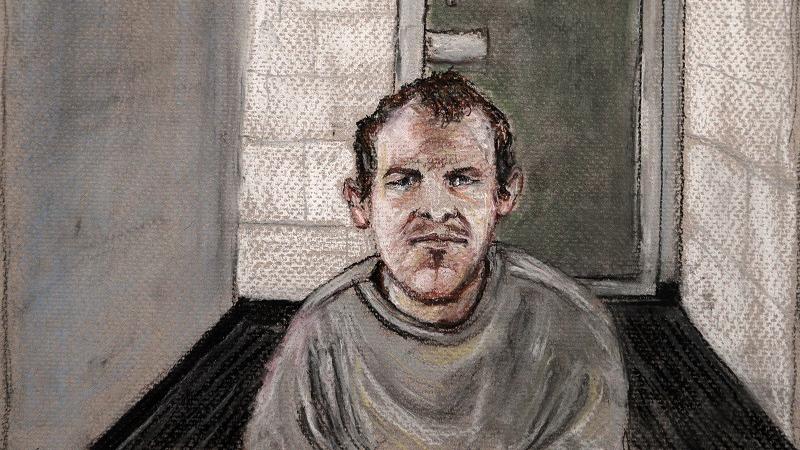 CHRISTCHURCH, New Zealand - The man accused of killing 51 people at two Christchurch mosques abandoned his bid Thursday to move the trial to another New Zealand city.

The unexpected development was welcomed by survivors and grieving relatives of the March 15 attacks, who had worried they would need to travel to Auckland to appear as witnesses or watch the proceedings.

But many of the 80 or so people who packed a Christchurch courtroom were unhappy about the animated demeanor of the accused shooter, 28-year-old Australian white supremacist Brenton Tarrant.

He was laughing, smiling, and not even give any respect to the courtroom or to the judges. This is really bad behavior. Really unacceptable behavior

Tarrant appeared via a video link from the maximum-security prison in Auckland where he is being held.

During the brief hearing, he smirked, winked and tried to shout something with his hand cupped around his mouth, but by that point the sound on his link had been lowered so what he said was inaudible. When the judge had asked him earlier if he could hear what was being said in the courtroom, he replied “Oh yeah!”

After the hearing, Wasseim Alsati, who was shot three times and whose 4-year-old daughter was also shot and injured, said Tarrant was manipulating the court system by pleading not guilty and then mocking the proceedings.

“He was laughing, smiling, and not even give any respect to the courtroom or to the judges,” Alsati said. “This is really bad behavior. Really unacceptable behavior.”

Alsati said he and most of the other victims had been prepared to travel to Auckland for the trial, if necessary, and so were happy it would be held in Christchurch. Auckland is about 765 kilometers north of Christchurch.

“Otherwise I will end up travelling every court time, and that’s going to be an extra cost for all the victims,” he said.

Alsati and others who showed up for the hearing had been expecting to hear arguments from defense lawyers about why the trial should be moved and to hear counter-arguments from prosecution lawyers. Without those arguments, the hearing lasted about 10 minutes.

Legal experts had earlier told The Associated Press that defense lawyers were likely to argue that a jury pool from Christchurch would be tainted because the mosque shootings happened so close to home, while prosecutors were likely to counter that all New Zealanders were deeply affected and any shift of venue would place an undue travel burden on survivors and relatives.

Since the March attacks, New Zealand has changed its gun laws to ban assault weapons. It has also launched a review that will examine, among other issues, how Tarrant failed to get the attention of law enforcement or intelligence agencies before the attacks.

Tarrant’s trial has been scheduled for next June.