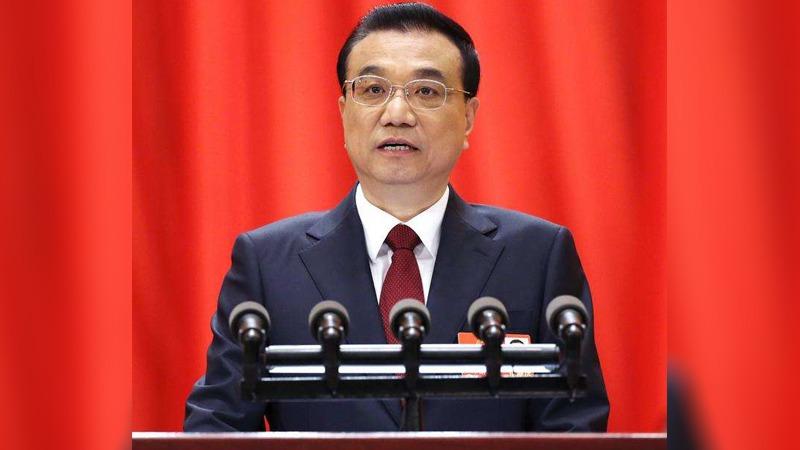 In this March 22, 2018 photo, Chinese Premier Li Keqiang addresses a government report on behalf of the State Council at a meeting of the 13th National People's Congress in Beijing, China. China will expand the implementation of a series of pro-innovation reform measures to further drive innovation and creativity, a State Council executive meeting chaired by Premier Li Keqiang decided on Dec 5, 2018. (YAO DAWEI / XINHUA)

China will expand the implementation of a series of pro-innovation reform measures to further drive innovation and creativity, a State Council executive meeting chaired by Premier Li Keqiang decided on Wednesday.

We must review and address this problem promptly. Wider application of these policy incentives will help catalyze greater creativity and innovation

Reform measures to boost innovation have been piloted in eight Chinese cities and regions including the Beijing-Tianjin-Hebei region, Shanghai and Guangdong. The first 13 policy measures from the pilot program were rolled out nationwide last year.

At the meeting, Li said the central government's pro-innovation policy measures have been implemented more widely over the years, "yet there is still a feeling among scientists and researchers that the delivery of relevant policies has fallen short in some respects".

"We must review and address this problem promptly," he said. "Wider application of these policy incentives will help catalyze greater creativity and innovation."

It was decided during Wednesday's meeting that another batch of 23 reform measures will be rolled out to mobilize innovation resources, incentivize innovation activities and nurture new drivers of growth.

Some reform measures will be rolled out across the country. More efforts will be made to incentivize the commercialization of research and development findings. Commercialization professionals will participate in the whole process. Universities and research institutes will be encouraged to participate, through commercial deals, in business research on technological breakthroughs.

New services will be introduced to explore financing channels for small and medium-sized tech companies, including asset-light firms and firms not yet profitable. Local government equity funds will be channeled to support seed and early stage high-tech startups. Insurance companies will be encouraged to develop products that cover patent enforcement and patent infringement to forestall patent holders' losses from violations of their intellectual property rights.

The market-based operation of State-owned scientific research instruments and equipment will be promoted. Mechanisms will be established to allow for innovation-related decision-making on a trial-and-error basis.

It was also decided at the meeting that three reform measures that have been piloted in one or two places will be extended to all eight cities and regions. They include granting scientists and researchers a certain share of ownership of their findings, proportionate to their job positions, and the setting up of science and technology innovation sectors in regional equity markets. Universities administered by local governments will be allowed greater autonomy in attracting talent and conferring academic titles.

Li also called for careful monitoring and evaluation of the wider application of the policies to improve reform measures and further boost the role of technological innovation in promoting high-quality development.