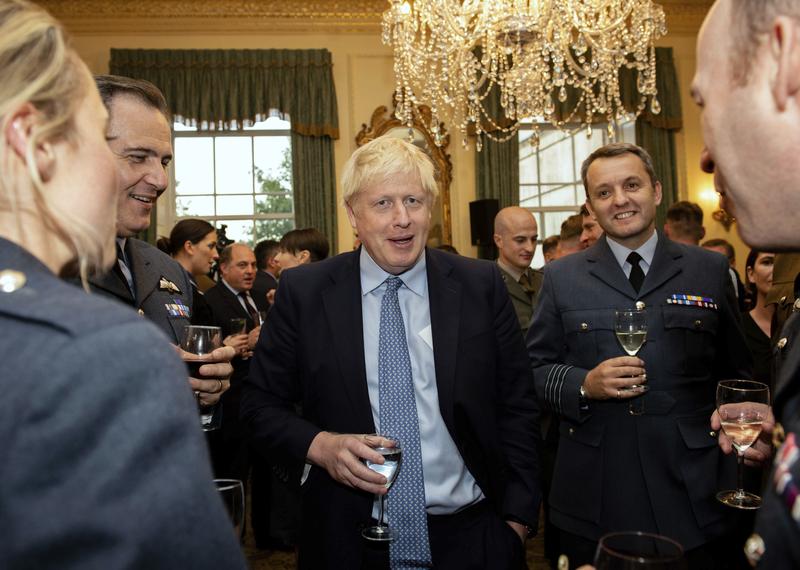 STRASBOURG, France — British Prime Minister Boris Johnson was accused by European Union officials Wednesday of failing to negotiate seriously and branded the "father of lies" by a lawyer in the UK Supreme Court, as his plan to leave the EU in just over six weeks faced hurdles on both sides of the Channel.

Many lawmakers believe a no-deal Brexit would be economically devastating and socially destabilizing, and have put obstacles in UK PM Brois Johnson's path, including legal challenges to the Parliament shutdown

In Strasbourg, France, the European Parliament said it would be the fault of Britain, not the bloc, if the UK crashed out of the EU without a divorce deal on the scheduled Oct 31 departure day.

In London, Johnson's government battled to convince the UK's top court that the prime minister's decision to suspend Parliament for five weeks with Brexit looming was neither illegal nor improper. The government's opponents claim Johnson illegally shut down the legislature to prevent lawmakers from scrutinizing his Brexit plans.

Government lawyer James Eadie told 11 Supreme Court justices that the decision to send lawmakers home until Oct 14 was "inherently and fundamentally political in nature," and not a matter for the judiciary. He said that if the court intervened it would violate the "fundamental constitutional principle" of the separation of powers.

But a lawyer for lawmakers challenging the shutdown accused the government of being "unworthy of our trust."

The judges, for their part, wondered why Johnson had refused to provide a sworn statement to the court about his reasons for the suspension.

"Isn't it odd that nobody has signed a witness statement to say: 'This is true. These are the true reasons for what was done'?" said one of the judges, Nicholas Wilson.

The developments were the latest in a rocky week for Johnson, who pulled out of a news conference with the prime minister of Luxembourg on Monday because of noisy protesters nearby. On Wednesday he was berated by the father of a sick child over funding cuts to Britain's health service as he visited a London hospital.

Johnson took power in July with a vow that Britain will leave the EU on Oct 31 "come what may." He promised to break a stalemate that saw the Brexit agreement struck between the EU and Johnson's predecessor Theresa May rejected three times by Britain's Parliament, prompting May to resign.

Many lawmakers believe a no-deal Brexit would be economically devastating and socially destabilizing, and have put obstacles in Johnson's path, including legal challenges to the Parliament shutdown.

Last week, Scotland's highest civil court ruled the move illegal, saying it had the intention of stymieing Parliament. The High Court in London, however, said it was not a matter for the courts.

The Supreme Court is being asked to decide who is right in a three-day hearing that ends Thursday. If it overturns the suspension, lawmakers could be called back to Parliament as early as next week.

Johnson insists he is working hard to get an agreement with the EU that will ensure a smooth departure. EU leaders are skeptical of that claim. 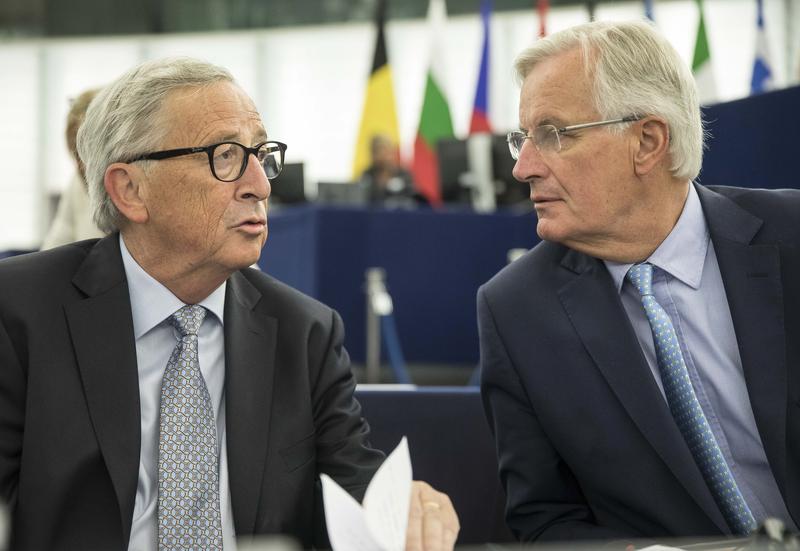 Juncker, who met with Johnson on Monday, told a gathering of the European Parliament that a no-deal Brexit "might be the choice of the UK, but it will never be ours."

The main sticking point over a Brexit deal is the Irish border "backstop," an insurance policy that would require Britain to respect EU trade and customs rules in order to avoid a hard border between EU member Ireland and the UK's Northern Ireland until a better solution is found.

Pro-Brexit British politicians oppose the backstop because it would prevent the UK from striking new trade deals around the world. Johnson says he won't back any Brexit deal unless the backstop is removed.

But the EU sees the measure as essential to ensuring an open border, which underpins the local economy and the peace process that ended decades of violence in Northern Ireland.

"I have no sentimental attachment to the backstop," Juncker said. But he added that he remains committed to the purpose it serves, which is to prevent border structures that could be detrimental to peace in Northern Ireland.

"That is why I called on the British prime minister to come forward with concrete proposals, operational and in writing, on all alternatives that would allow us to reach these objectives," Juncker said.

EU chief negotiator Michel Barnier said there was no point "pretending to negotiate."

"It's our responsibility to continue this process with determination and sincerity," said Barnier, who offered to keep working "night and day" in order to find a deal that could satisfy both sides. 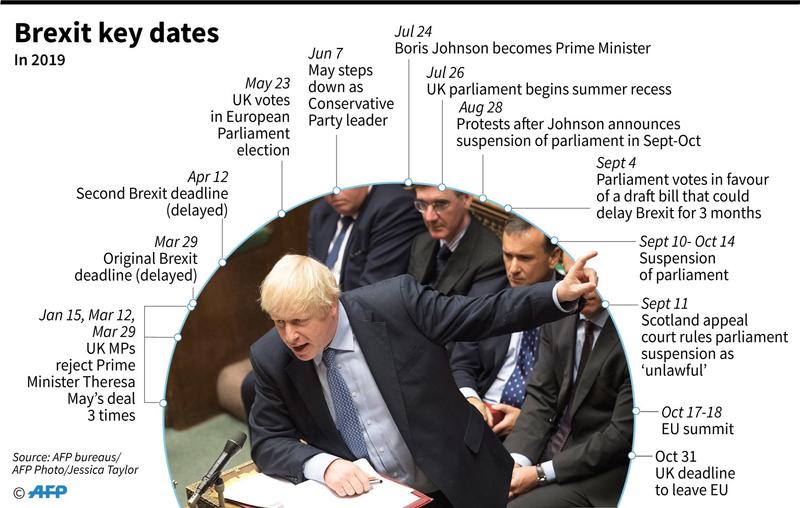 This AFP shows the timeline of main developments in Brexit so far in 2019.

He said that if Britain left without a deal, major problems would still have to be resolved, including the future of UK and EU citizens hit by Brexit, peace in Northern Ireland and the protection of the EU's single market and the Irish economy.

"None of these questions disappears," Barnier said. "We need legally operative solutions in the withdrawal agreement to respond precisely to each problem — to address each risk — that Brexit creates."

Lawmakers in the European Parliament pledged Wednesday to reject any deal without a backstop and insisted Britain would be "solely responsible for a no-deal departure." The legislature must endorse any Brexit deal for it to be implemented.

European lawmakers also agreed to support a delay if Britain asked for one. They adopted a non-binding resolution supporting another extension to the Brexit deadline, which has already been postponed twice.

Just before the suspension, Britain's Parliament passed a law ordering the government to seek a three-month delay to Brexit if no agreement has been reached by late October.

Johnson says he will not seek a delay under any circumstances, though it's not clear how he can avoid it.