Media busts fake news made up by radicals 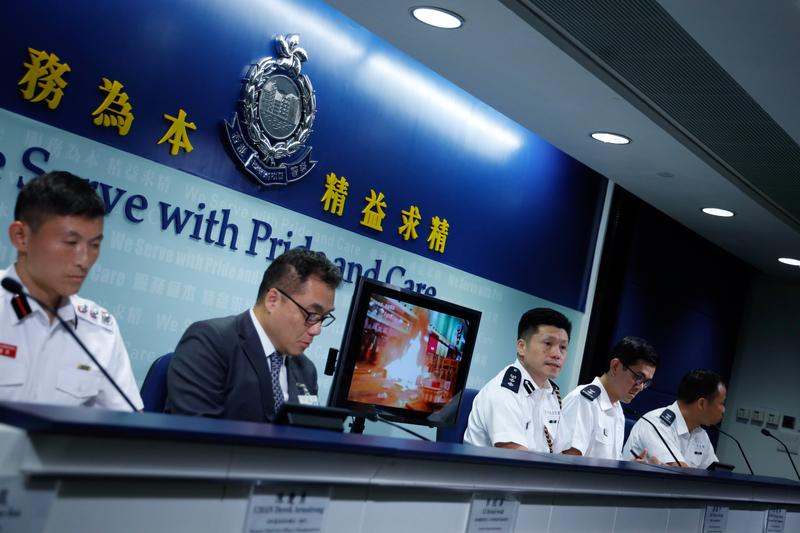 Hong Kong police hold a press conference on Sept 9, 2019. As of last week, the police had held 34 news conferences since the outbreak of the anti-extradition bill protests. (PHOTO / CHINA DAILY)

A list purporting to give the names of 16 anti-government protesters killed by police has proved to be a hoax. Hong Kong journalists declared the list spread by anti-government radicals an attempt to discredit the Hong Kong Police Force.

The list already had gone viral with alleged validation by a “group of silent police officers”, attesting to 16 deceased victims of police violence.

The list claimed the deaths occurred during a violent incident at the Prince Edward MTR station, on Aug 31, and later at the San Uk Ling Holding Centre.

Reporters from local newspaper Ta Kung Pao tried to visit the addresses of the victims on the list. Six could not be located. Further scrutiny of public records shows 12 of the alleged victims do not exist.

As of last week, the police had held 34 news conferences since the outbreak of the anti-extradition bill protests, issued 486 social media posts, and released 210 statements to clear mounting rumors.

On Friday, the Hong Kong Fire Service Department refuted allegations that it had altered its incident logbooks to cover up the deaths of three protesters during a clash in the Prince Edward MTR station on Aug 31.

Fire Department officials revealed that three injured persons pronounced critical at the scene turned stable after being admitted to hospital. Opposition advocates had floated the story that the three that had been listed as critical had died.