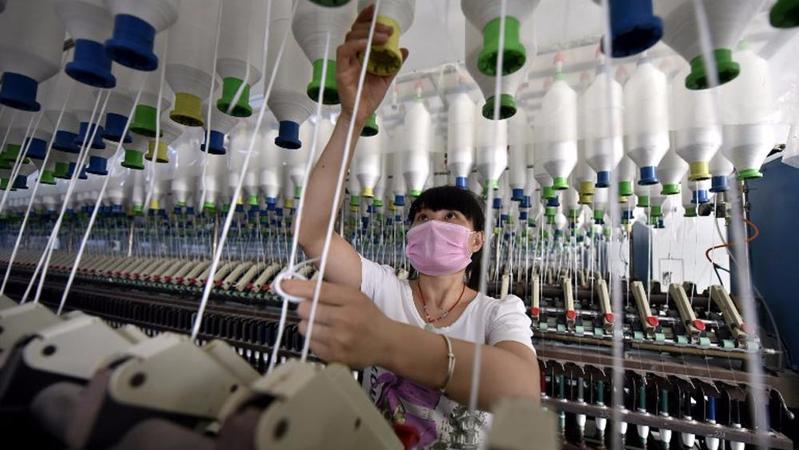 BEIJING - The World Bank has raised China's growth forecast for this year from 6.7 percent to 6.8 percent, based on rising household income and improving external demand, according to its latest report Tuesday.
It was the bank's second upward revision for China, after it revised up the projection from 6.5 percent to 6.7 percent in April.

"China has maintained growth resilience and gained reform momentum as the authorities have undertaken a host of measures aimed at reducing macroeconomic imbalances and limiting financial risks without notable impact on growth," said John Litwack, World Bank lead economist for China. "As a result, economic rebalancing received a boost. The growth of household incomes and consumption accelerated relative to investment."

Despite the recent slowdown, credit continues to grow considerably faster than GDP

The growth of household incomes and consumption accelerated relative to investmentHe underlined the fact that net exports had returned to positive contribution to growth, business confidence improved, job creation remained buoyant, capital outflows stabilized and the renminbi appreciated against the US dollar.
The bank estimated China's GDP growth to decelerate to 6.4 percent in 2018 and 6.3 percent in 2019, mainly due to domestic policy tightening.
"Prudent monetary policy, stricter financial sector regulation, and the government's continuing efforts to restructure the economy and to reign in the pace of leveraging are expected to contribute to the growth moderation," according to the report.
"Favorable economic conditions make this a particularly opportune time to further reduce macroeconomic vulnerabilities and pursue reforms that target better quality, more efficient, fairer, and more sustainable development," said Elitza Mileva, World Bank senior economist and co-author of the report.
The report pointed out that the successful implementation of reforms of government budget and China's pension system were critical to the country's macroeconomic stability, economic rebalancing, and social transformation in the coming years.

The major downside risk to the forecast is the still rising leverage of the non-financial sector.
"Despite the recent slowdown, credit continues to grow considerably faster than GDP. Outstanding bank loans reached 150 percent of GDP in November 2017, up from 103 percent at the end of 2007," the report reads.
China's GDP expanded 6.9 percent year-on-year in the first three quarters, above the government's target of around 6.5 percent for this year.
Backed by better-than-expected growth, the International Monetary Fund (IMF) has revised up its China forecast for the fourth time this year, to 6.8 percent in 2017 and 6.5 percent the year after.